The Trip to New York City

I got up bright and early on Sunday morning. Only it was still dark out. I looked out the window and thought it was raining. I thought it wasn't supposed to do that at all. It turns out it wasn't rain but fog. And it turned out to be really bad fog.

I drove down to Union Station found a great place to park near by and walked to the Station. Got in line around 5:40 or so for my 6:15 bus. There was also a bus at 6 which I thought a little odd; why have two buses so close together. We made one stop at White Marsh, where a lot of people got on, and then it was off to New York riding through all the fog.

These two pictures show us crossing the Delaware River. That's looking out my window. Not much to see. Couldn't see the skyline of New York City either as we drove in. 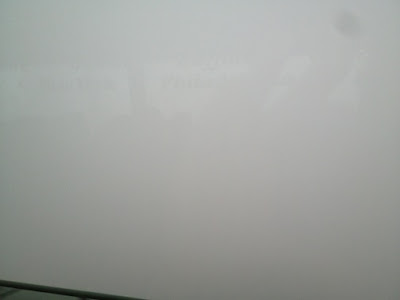 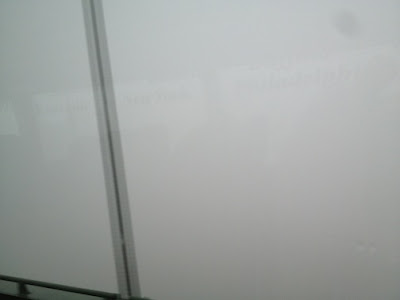 Times Square was well Times Square. Still busy with people on the start of a rather dreary Sunday. Over time the weather cleared and it turned out to be a really nice day. 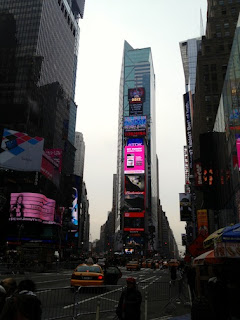 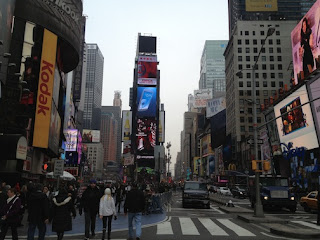 I walked passed the half price ticket place which had really long lines. Then stopped in the New York City tourist center right near there. They had a series of costumes from famous Broadway shows on display. After that I started walking to the Metropolitan Museum 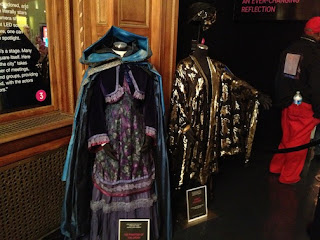