On the way to the Corcoran

This is a protest put on by the Human Rights Campaign. Each flag represents a soldier who's been discharged under the Don't Ask Don't Tell policy. There were over 12,000 flags. I didn't see that many because, as one of the people from HRC told me, there'd been a great deal of wind the night before and knocked down half of the flags. They thought that it would easier just to keep up with one square of the Mall covered in flags. It was a very impressive display. 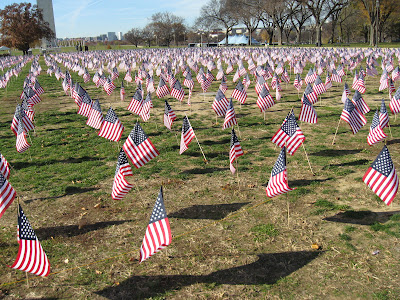 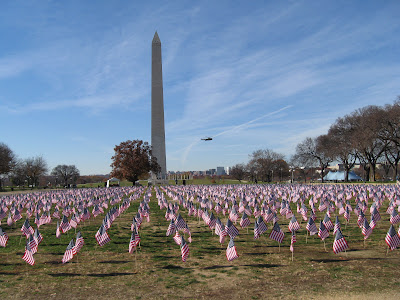 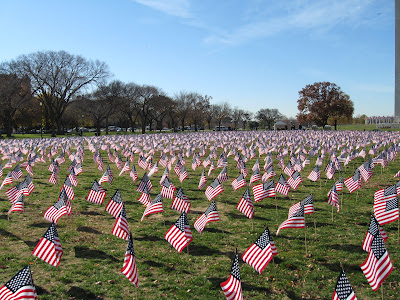 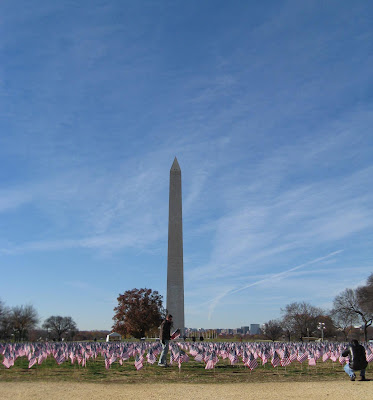 I really like these photos--so much so that I pinched one for my own blog! (don't worry, I gave you credit and a link back). Anyway, I think this is one of the more effective protests I've seen in awhile.