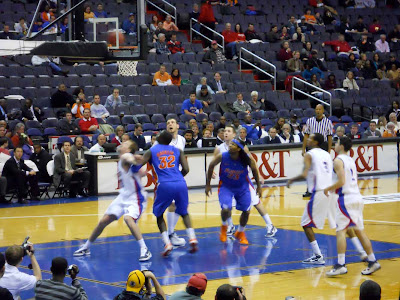 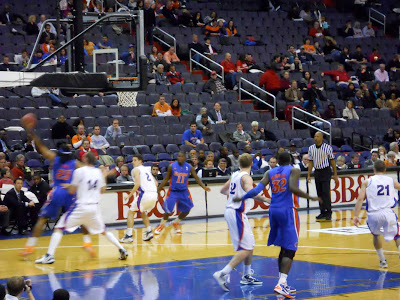 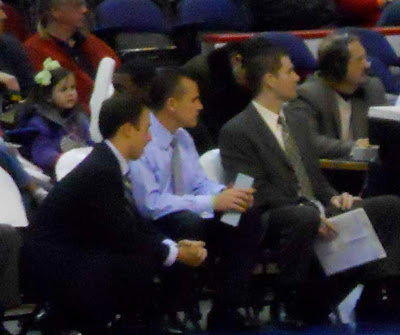 The GW women's game ended around 2:30 or so. Stu and I got in my car and dashed over to the Verizon Center where the BB&T Classic was underway. We found parking rather quickly and just a block away from the arena

American was playing Florida. We arrived just as half time was starting. American was only down by 9 points 30-21. They ended up loosing 67-48. They kept it close for awhile in the second half but eventually Florida wore American down.

Jones, though, was in a sour mood after the Eagles' third consecutive loss since their 5-0 start. Although the margin of defeat was respectable for a Patriot League team facing a Southeastern Conference titan, Jones expected a better performance by his veteran squad.