For awhile it seems like it was more like snow rain than actual snow. The snow is so wet and so heavy it's caused chaos throughout the DC area. It made the commute for some people last hours and hours:

Denise Borders spent nearly 13 grueling hours on the Parkway-- "just sitting for hours. Literally. Sitting, not moving"--without food, without a bathroom, without sleep. There were trees down and people whose cars got stuck trying to turn around and get off the parkway, Borders said. But for most of the drivers on the road, the snow was less of a problem than the complete gridlock that enveloped them. 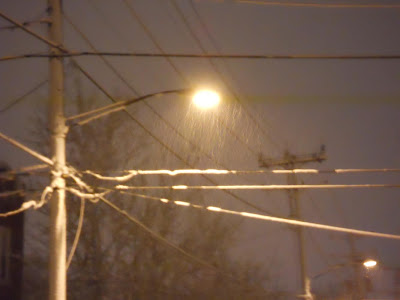 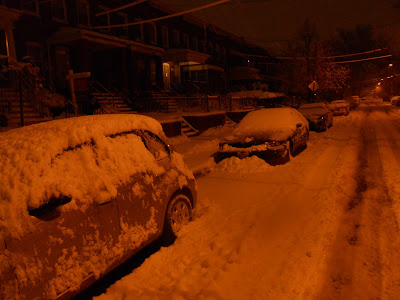 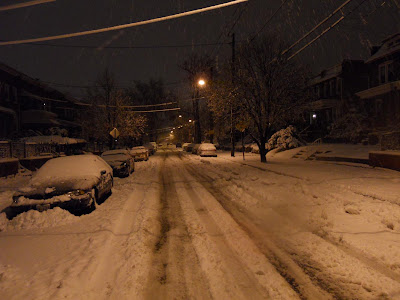 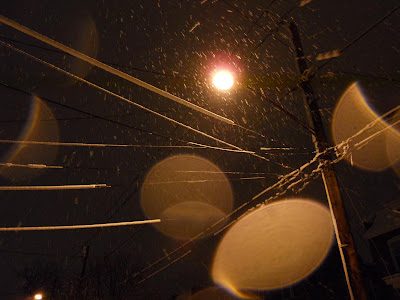