At the Hirshhorn for Suprasensorial

My friend Jim is in town. We saw the new Bourne movie which we both liked. Then we went down to the Smithsonian. We saw this great exhibit at Hirshhorn. It was the last day so we lucked out. It was very cool.

The Hirshhorn presents “Suprasensorial: Experiments in Light, Color, and Space,” an exhibition that reconsiders the role played by major Latin American artists in the development of installation art centered on activating space through light and color.

One of the highlights:

Soto’s “Blue Penetrable BBL” (1999) introduces the sense of touch into the experience of immersion. Thousands of bright blue nylon strings dangle from a monumental steel frame, creating an open-walled room whose habitable space has been both interrupted and made visible as an undulating field of color. The visitor moves slowly among the soft strands, which sweep gently against face and body at the same time that they slice light into slivers on the floor. 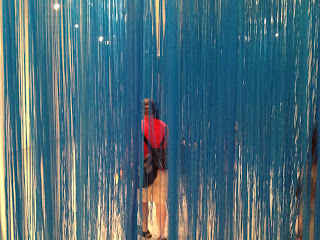 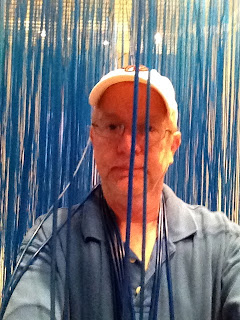 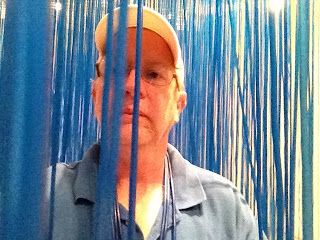 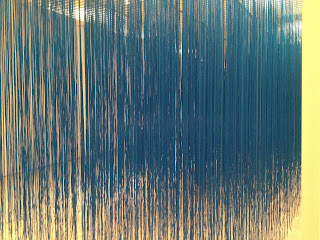