Remembering My Trip to the 1996 Olympics 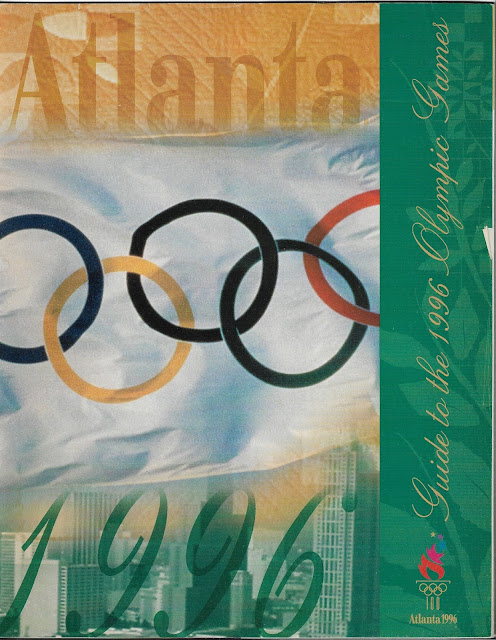 Hard to believe it's been 20 years since the Olympics were in Atlanta. I had the great treat of being able to go. A close friend had family that lived in Atlanta.
As early as fall of 1995, there was a discussion underway as to how we would get tickets and what we would get tickets to. There was also the logistics of who would be going to what. There were at least six of us vying for various seats.

We were making choices for the day we arrived. We flew down to Atlanta and had the opportunity of seeing something the afternoon that we arrived. We could see baseball. The USA playing Cuba or we could see the medal rounds of water polo.

The consensus at first was to see baseball. But I pointed out how many times, if ever, would we get the chance to see teams playing for Olympic medals. I asked would they be handing out the medals after the game. We figured out that would be the case. So I said we should see water polo. That's what was finally decided.

As we went to sleep Saturday, July 27 we were looking forward to a wonder Olympics. But late that night a bomb went off in Olympic park. The friend I was going with was staying at my house (to make it easier for us to get to the airport on time). He was still up watching TV and called to me. Needless to say this was a big event.

The question was would/should we go. That was answered quickly. We were going. I remember talking to my parents and having them both say we should go. It was a once in a lifetime event. We got to the airport and headed out.

Because of what happened security was beefed up. It was everywhere you looked. We got picked up at the airport and headed off to the Georgia Tech Aquatic Center to see the games.

Here's the results of the medal round for water polo:


Hungary and Italy were the heavy favorites. Since Barcelona they had met in the final of every major event, save one. Italy defeated Hungary at the 1993 World Cup and European Championships, and the 1995 European Championships. Hungary defeated Italy in the final of the 1995 World Cup. Italy also won the 1994 World Championship, where Hungary slumped and only placed fifth. The two teams were drawn in opposite groups in Barcelona and both won all their matches to advance to the quarter-finals. There Hungary defeated Greece and Italy defeated Russia to move onto the semis, with Spain and Croatia also advancing. One quarter-final saw Croatia meet their arch-rivals, Serbia & Montenegro, or effectively what remained of Yugoslavia. The Croats hated the Serbs for what they had done to their country in the early 1990s, and gained a measure of revenge by defeating them, 8-6.

But somebody had forgotten to remind Spain and Croatia that Hungary and Italy were supposed to meet in the final. Spain faced Hungary, which had beaten them 8-7 in group play, but in the semi-finals, Spain eliminated the Magyars, 7-6. In the other semi-final, the score was the same, Croatia moving on to the final.

The final was close, with Croatia leading at halftime, 3-1, only to see Spain tie the match, 5-5, after the third period. In the final period, Spain scored twice to win the gold medal, 7-5. At the end of the match the ball was in the hands of their greatest player, [Manuel Estiarte], who finally won a gold medal in his fifth Olympics. Italy won the bronze medal, defeating Hungary in overtime, 20-18.

We had great seats. The bronze medal game was the highest scoring game in Olympic water polo history. To make it even more interesting one of the coaches for a team was ejected (I don't remember which one). The coach then tried to coach via mobile phone (this was 1996 so it was those huge book size phones). It was surreptitiously passed from one player to another. Until it was finally taken away.  We knew about this because one of the people sitting near us had rented head phones which gave the play by play of the game. Overtime was exciting. The gold medal game was exciting too. We got to see the medals awarded and they were awarded by none other than Juan Antonio Samaranch who was president of the International Olympic Games and he just also happened to come from Spain. 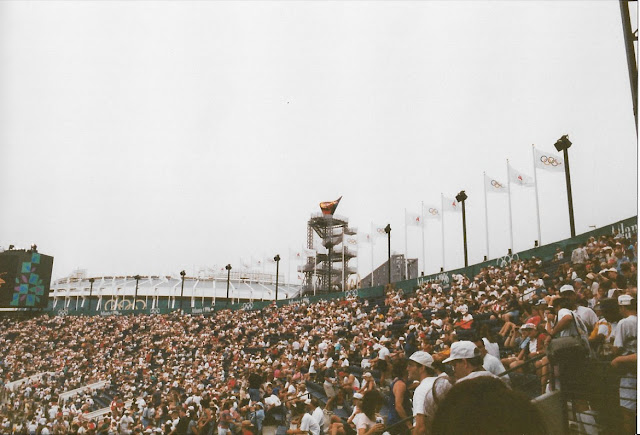 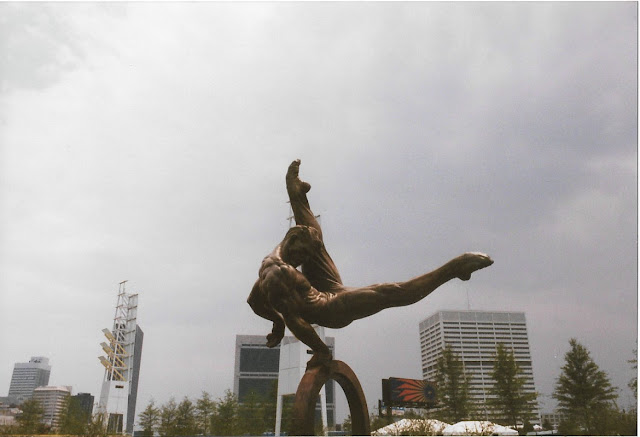 We went to several track and field events. It was amazing to watch the men running the steeplechase while at the same time seeing the discus competition. It was amazing because the guys participating in the steeplechase were about half the size of the guys competing in discus. We got to see the javelin throw where two guys traded off personal bests for three rounds. We got to see the inaugural Olympic women's triple jump. We also got to see women start the wave in the Olympic stadium. It took them a few tries but they finally got the entire stadium in on it. It was really neat to see.

In all it was a once in a lifetime experience. 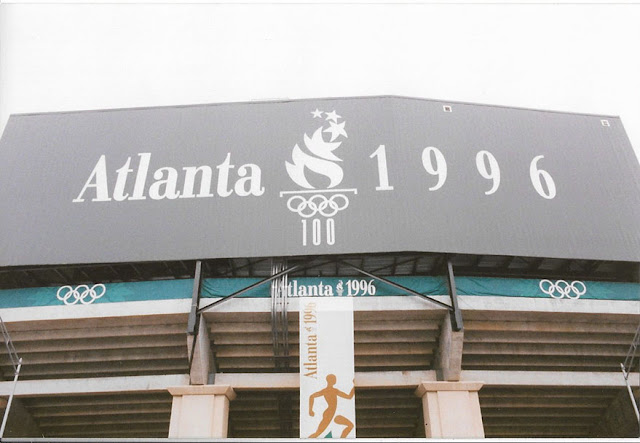