George and Jon at Jammin' Java

What a great night of music!

I figured out how to mail myself the pictures I took with my phone. Here are some of them. 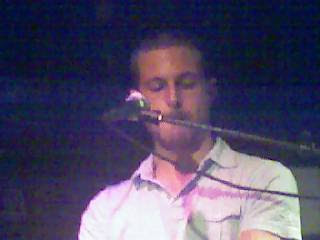 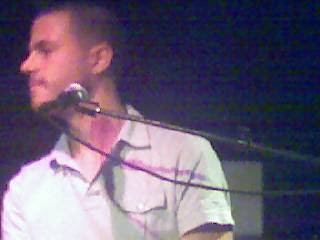 I’ve been a fan of Jon McLaughlin since I downloaded Beautiful Disaster from iTunes.

Lisa, from work, said he was coming to this place out in Vienna, Jammin’ Java. The tickets were $15. I said we should go. We went out after work. I didn’t know what exactly to expect but I didn’t expect the place to be in a strip mall right next to a hardware store.

Having said that it was a really nice place. We got there a little after 5:30. We had dinner there. I had a great club sandwich with chips and a coke. Lisa has a half sandwich with chili and a salad. While we were waiting in line to get we had chocolate milk shakes. You have to have dessert after all and we would have to stand for the entire performance. To say we had a great spot would be an understatement. We were maybe four feet from the stage and the performers. I don’t think I’ve ever been so close.

So how was the music?

You never know what to expect with opening acts. Sometimes they are good and sometime they are not. Well George Stanford was great! He was backed by a drummer and a base player. He played the guitar and the electric piano. He did all the vocals on his own. There wasn’t a song I didn’t like. They were all really good. Here are a few that I really liked: Downriver, 30,000 feet, My Own Worst Enemy and my favorite Let’s Stay Here. For some reason this reminds me of a Fleetwood Mac song. I can see Lindsey Buckingham playing the guitar and Stevie Nicks coming in at the end of the chorus. It just a fantastic song. A very enjoyable set indeed. I got his CD and he signed the cover for me.

Next up Jon McLaughlin. 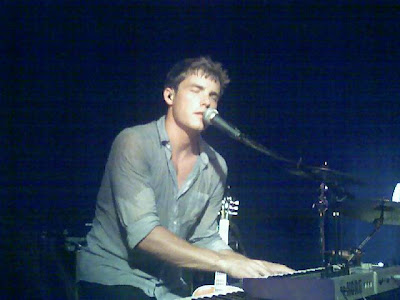 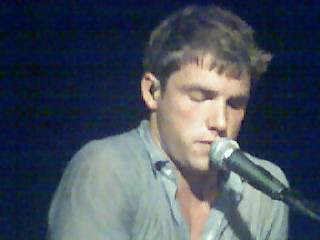 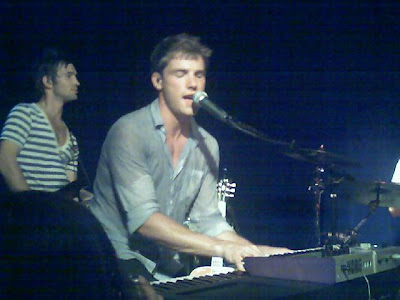 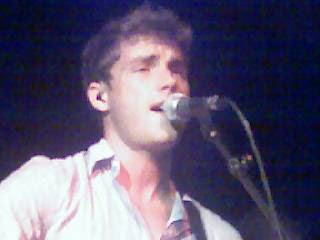 He was fantastic. Because he’s young and rather cute lots of teenie boppers were present. I was a little concerned about this but it turned fine. He was on from the moment he stepped onto the stage. He played some songs from the new CD. All of them very good including the new single Beating My Heart. The material or at least the songs he played were more up tempo songs as opposed to the ballads on the first CD. It was funny when he said we’ll play some old stuff when he’s only got one CD out. And he did play some old stuff.

Jon was backed by a four man band. Two guitarists, one bass player and a drummer. It was interesting that the drummer was the one who most often harmonized with Jon. The band went off for a Jon did a couple of numbers on his own including Beautiful Disaster. It was even better and more powerful with just the piano and Jon’s voice.

Some of the other songs he played were Perfect, Industry. Industry has that great piano opening where his fingers fly across the keys. It was interesting to see the way he played the piano. He got so low to the keyboard that the mic was above his head. I’m surprised he didn’t hit his head.

Lots and lots of energy from everyone.

He came out by himself and did two encores. Rocket Man which was nothing sort of amazing. I thought for a while he was channeling Elton John. Jon was really able to hit the high notes. He has a fantastic voice and a fantastic range in his voice. The final number was Indiana.

This was an exceptional night of music. I’d be more than happy to see either of these guys again. They were just great.

Jon's Island Records page. Here's the link to his My Space page.
Posted by Jason in DC at 8:12 PM