The snow is starting to stick now.

You can see that the street is starting to get covered. If you look closely you'll see a couple of kids playing with their dad.

An update from the Post about the storm (which is only just beginning):

With the fall of darkness, the forecast suggested, true blizzard conditions could descend. Often used loosely to describe a heavy snowfall, a true blizzard has sustained winds or gusts above 35 mph, blowing snow that cuts visibility below a quarter of a mile and lasts at least three hours.

The consensus among forecasters was that there would be at least 20 inches by late Saturday, and some thought it might be a record-breaking 30 or more. 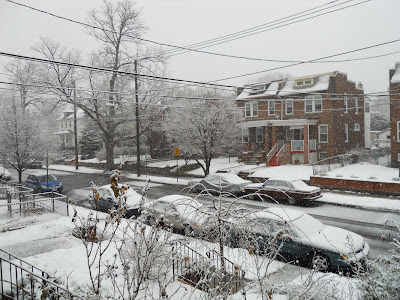 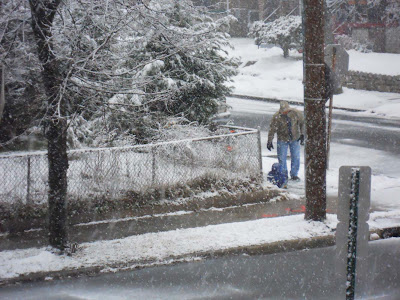 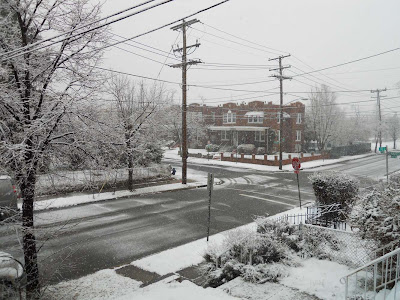 Email ThisBlogThis!Share to TwitterShare to FacebookShare to Pinterest
Labels: 2010 Snows

NIce pictures. Thank you for sharing!

Thanks. There'll be many more.