I had a jam packed Sunday with all sorts of things to do. It was very fun.

I met up with two friends from volunteer night, Diane and Joel, for lunch at Ireland's Four Provinces in Falls Church. And what a brunch it was. Take a look at the menu here. Some of the highlights: eggs benedict, waffles, french toast, bacon, scrambled eggs, a whole assortment of fresh fruit including strawberries (with cream no less) and pineapple. It was just fantastic.

From there we went on to see The House of Blue Leaves by the Providence Players. Another friend from volunteer night, Christian, did the costumes for the play. There was a great review of it in DC Metro Theater Arts. It says in part:

Well directed by Michael P. Donahue and performed by a super cast, Providence Players of Fairfax presents John Guare’s wacky, fast-paced black comedy The House of Blue Leaves. The play is sent in 1965 Queens during Pope Paul VI’s visit to The Big Apple and is filled and involves a zookeeper and his ‘off the wall’ wife, a GI who is about to be shipped off to Vietnam, and lots of nuns.

Our leading man, hopeful New Yorker Artie Shaughnessy, is charmingly played by Adam Downs. Artie first introduces himself to the audience by hopping up onstage for a drunken open-mic, initiating the first of the play’s many fourth-wall breaks. Downs’ character humorously swings the audience along a routine that has all the effort but no actual musical ability.


The review goes on to say: 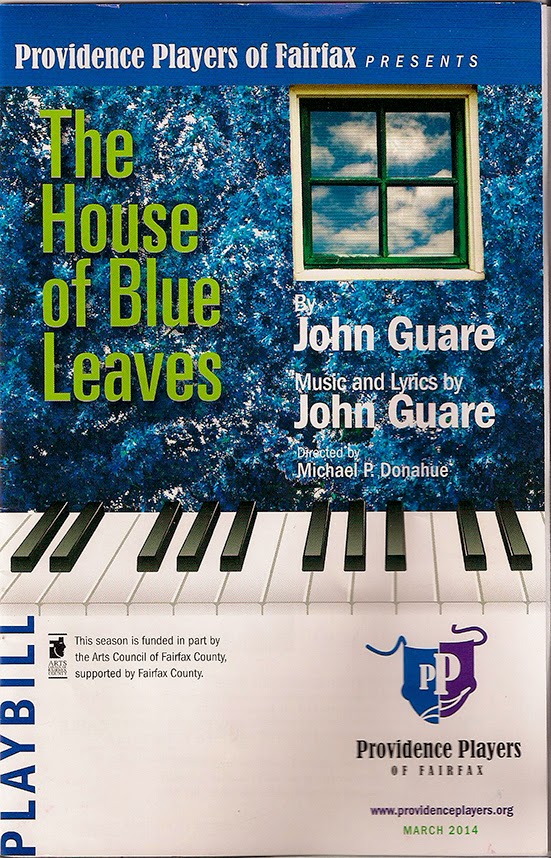 We all really enjoyed the play. We got to talk with Christian after the show.

That would have been more enough to fill a Sunday but there was more to come.

My cousin Jim and his wife Katherine were in town visiting my other cousin Debbie who lives in Maryland. We planned a to meet up by the Verizon Center at 6 to go out to dinner.

I drove back into DC and found a place to park with ease. I had some time to kill so I went into the National Portrait Gallery. Here's a couple of the things I saw. 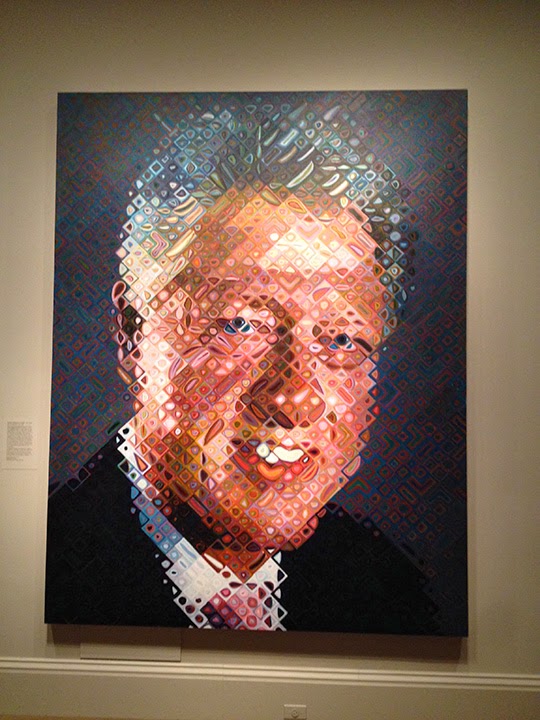 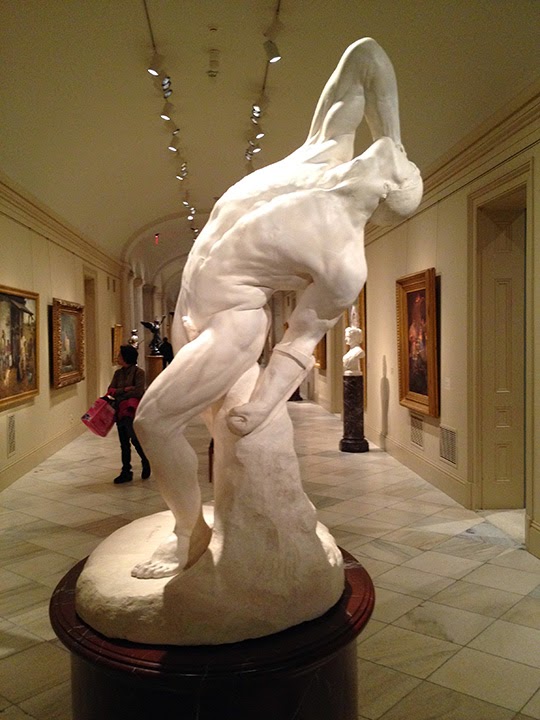 I got a call from Jim saying they were a little late leaving Mount Vernon but would be there shortly. They made excellent time getting into DC. Debbie said there was little traffic and it took no time to get the Verizon Center.

One small problem was that the circus had just let out when they arrived. Jim called again saying they would find a place to park. I said it was busy because of the circus. Jim misinterreted my comment to mean parking in general was a circus. I said no actually the circus as in Ringling Brothers had just let out. We both laughed.

They were able to find a parking place not too far away. We ended up eating at Carmine's. It's a family style Italian place which means the portions are huge. And I mean huge. We lucked out in that we didn't have a reservation so we sat in the bar area. In the bar you could get half portions of many of the foods. So we had a half order of Caesar Salad, ravioli and, what we all thought the best thing of the night, the Penne Alla Vodka.

We had such a great time. We were there for about 2 hours. Here are a couple of pictures.


And that was my very busy and very fun filled Sunday.