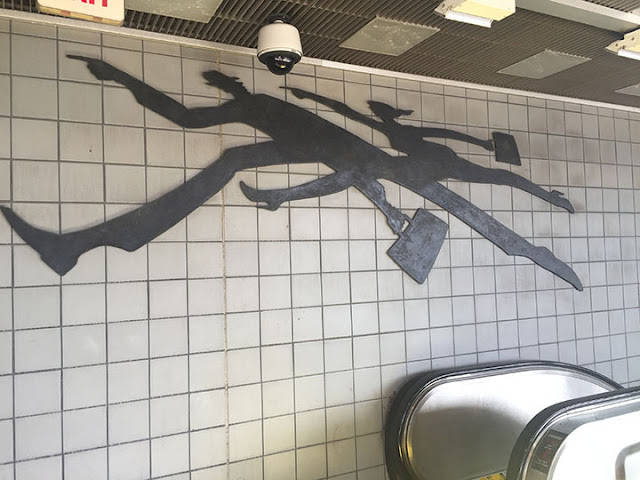 Denis and I took a cab to our hotel, the Westin Book Cadillac. We got the room upgraded to two queen size beds. It was a really nice room. With a nice view out on the street of Detroit. What was a little strange is how empty the streets were of both people and traffic.


The Detroit People Mover (DPM) is a fully automated light rail system that operates on an elevated single track loop in Detroit's central business district. The 2.9 mile system provides connections between the courts and administrative offices of several levels of government, sports arenas, exhibition centers, major hotels, and commercial, banking and retail districts. Service is frequent, unencumbered by vehicle or pedestrian traffic. The integration of eight of the thirteen People Mover stations into pre-existing structures links over nine million square feet that can be traversed unimpeded by outside elements.

It's a really interesting system. And has some great art work in each station.

Here are a few pictures of the first views of Detroit. 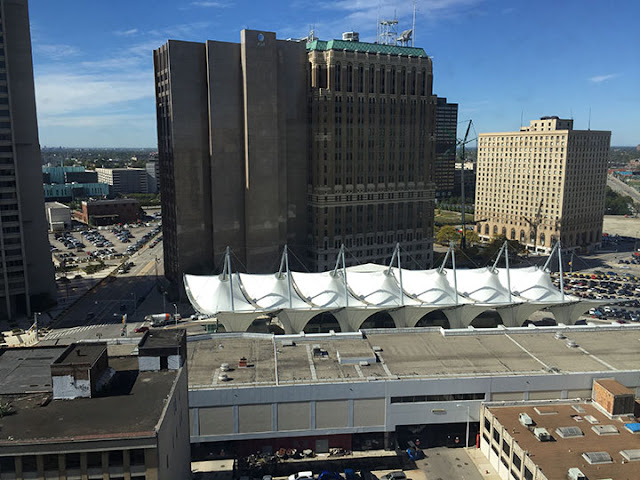 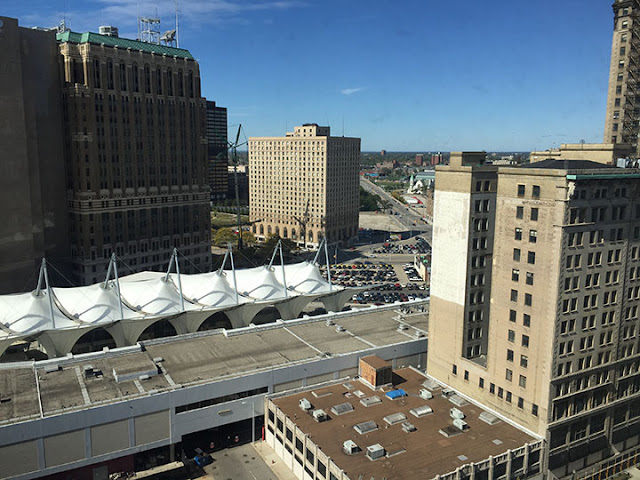 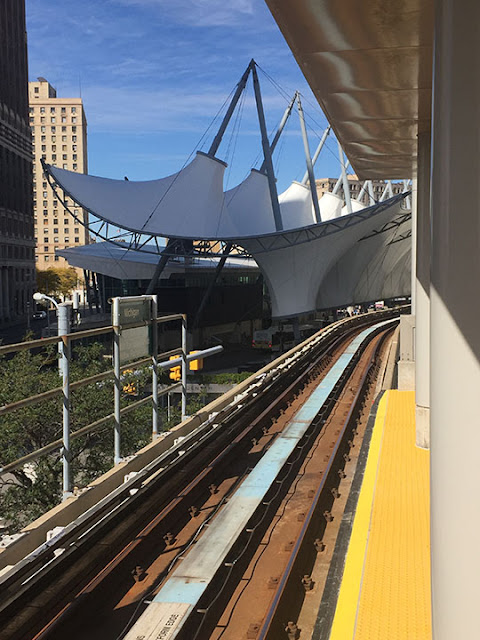 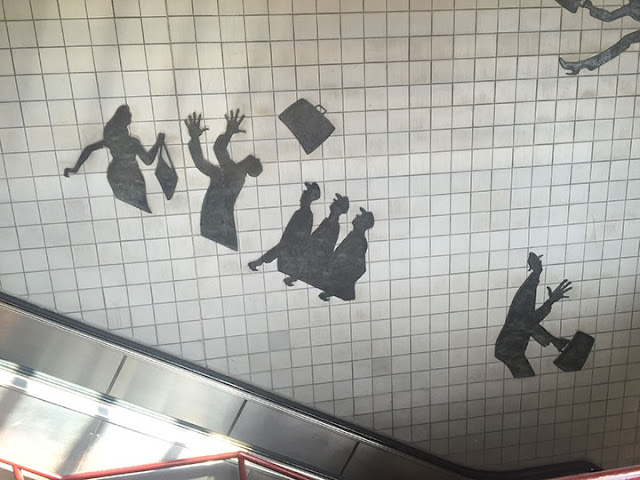