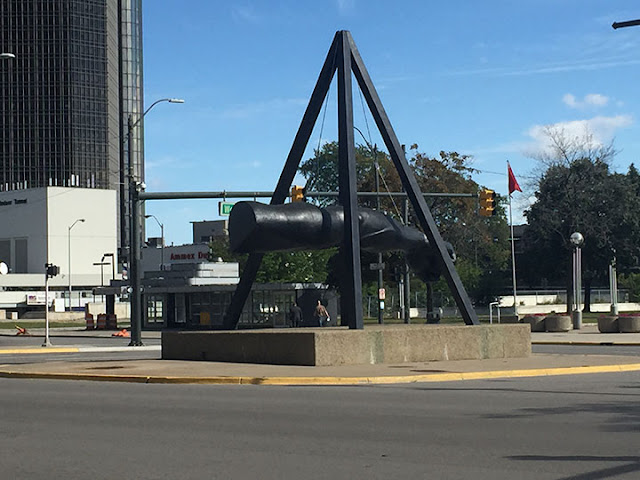 The closest people mover stop to our hotel was Michigan Avenue. It gave a nice tour of downtown Detroit. We got off at Millender Center. Our goal was to get to Hart Plaza which has a series of statues. Denis also wanted to see it because it was designed by Isamu Noguchi one of his favorite architects.

It was a nice space. It has an eclectic series of monuments. It was (as many places in Detroit) most empty. We stopped by the municipal building on the way. We ran into a very talkative guard there who talked about the building and how the shirt ended up on the statue. He said that for different events or charities the shirt gets changed.

Next few posts are pictures from Hart Plaza. 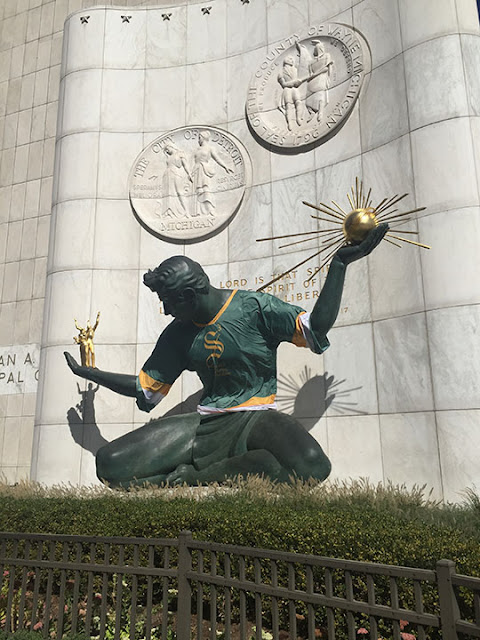 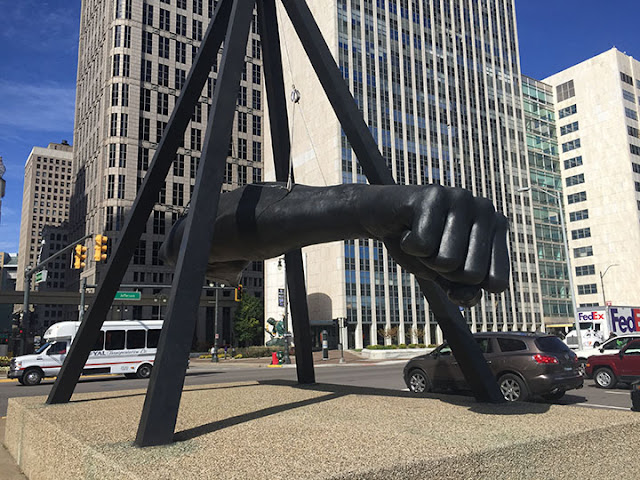