A Strange Display in Home Depot 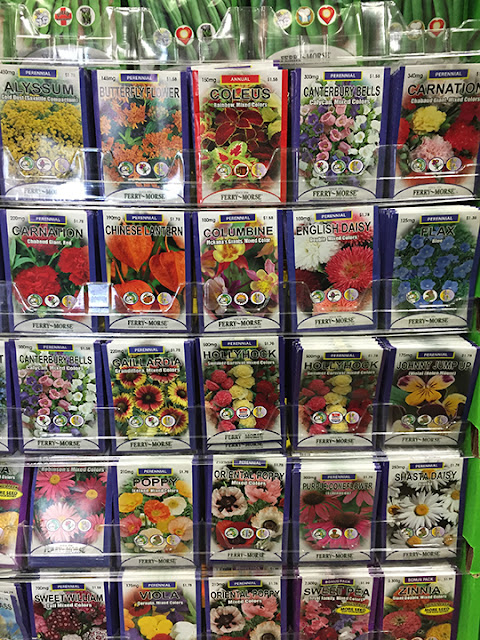 It's the end of January but at Home Depot you would think spring was right around the corner.

They had a huge display of seeds to buy for spring planting. It ranged from vegetables to flower.

Seems to me it might be just a little early. But then again Valentine's Day candy and cards were up before Christmas so I guess this isn't all the early. 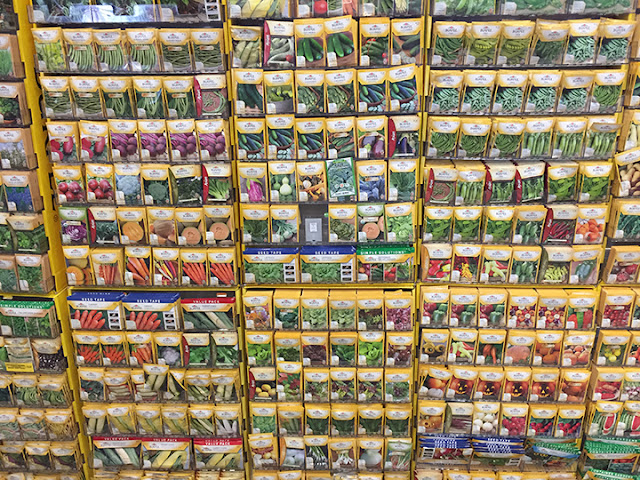 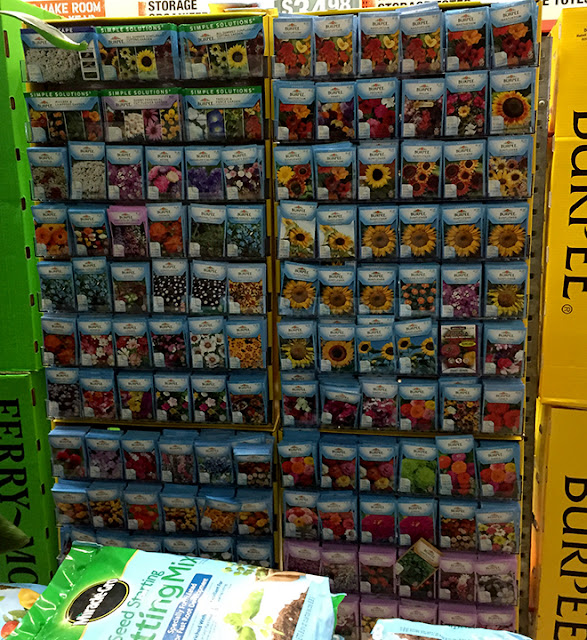 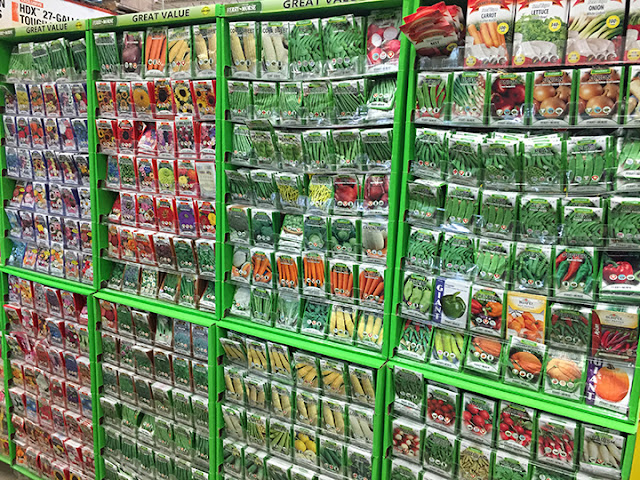 The Cold that Never Ends

To say the colds I have had in January have been a complete and total cluster fuck would be an understatement.

By my calculation I have not had a cold all of five days in the the month of January. My first one started soon after the new year. Finally I started feeling better over the MLK weekend. However by that Monday I was sick again. I have not felt well since.

Having to go out and shovel the snow in the storm did not help matters. I came back in the house all hot and sweaty. I could feel my chest contracting and filling up with all sorts of crap. The FOP which is my short hand for flow of phlegm has essentially been non stop. No matter what over the counter cold remedy seems to put any long term dent in the flow.

I'd hoped to catch up on posts. But by the time I get home from work, I am completely wiped out for the day. I consider it a major accomplishment to get dinner and clean up the dishes. My hope was to do a political post each week leading up to the Iowa Caucuses but that obviously did not happen.

I hope against hope that one day I'll wake up and be better but I have to say I don't put much stock in that. I have a doctor's appointment tomorrow. I want to make sure I don't get bronchitis or some other fun thing.

I hope this week to play catch up. I actually feel a little better today. In the reason for that is it is 60 degrees outside. DC is supposed to have a couple more days like this and also some rain later in the week. So I hope to do a couple more posts today.

2Political Podcast Episode 115 is now available. You can listen to it or download it from the podcast site, 2political.com. You can leave comments there as well as download or listen to any episode (you can access the five most recent episodes from the list on the right side of my blog).

Arthur finally found time to edit this episode! The Powerball lottery drawing in the USA hadn't happened yet when we recorded, so we begin today talking about that first. Then we turn to the deaths of Natalie Cole and David Bowie. Arthur wonders: Should Bowie have told his fans he was terminally ill?

We also talk a bit about the whole "Is Ted Cruz really eligible to run for president?" thing. There actually are legitimate questions, but we talk mostly about the broader implications of those questions. That leads to more general talk about the primaries and polling.

Everyone’s welcome to leave a comment (agree or disagree!).

Links for this episode:
”Ted Cruz is not eligible to be president” – Mary Brigid McManamon in The Washington Post
”Harvard law professor: Ted Cruz’s eligibility to be president is ‘murky and unsettled’” – The Guardian (via Raw Story)
”Yes, Ted Cruz is a ‘natural born citizen’” – Jonathan H. Adler in The Washington Post
”It is absolutely scandalous and ridiculous that American immigrants can't become president” – Vox
”The Republican Party Has Only Itself to Blame for Donald Trump” – By Kevin Drum on Mother Jones
Arthur’s blog, podcasts and videos can be accessed here.

Email ThisBlogThis!Share to TwitterShare to FacebookShare to Pinterest
Labels: 2political

I saw this while I was trying to dig my car out. Pretty cool.
Posted by Jason in DC at 12:49 PM No comments: 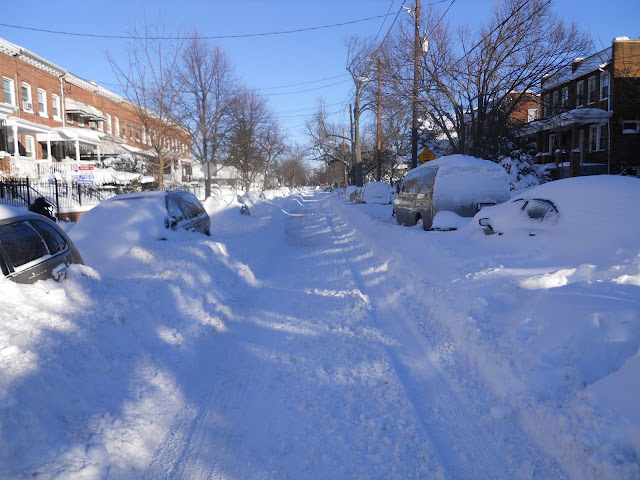 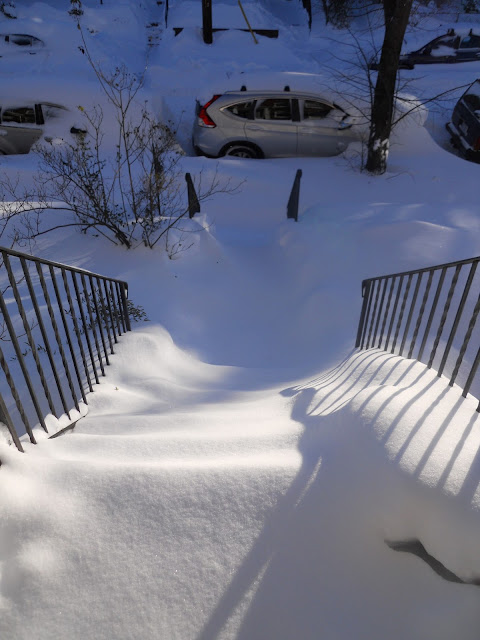 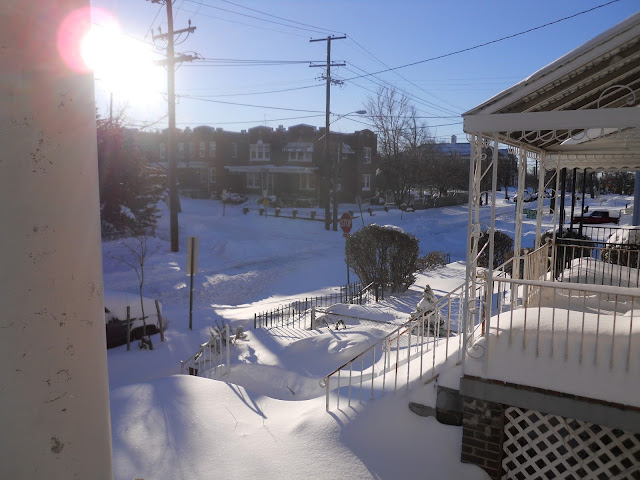 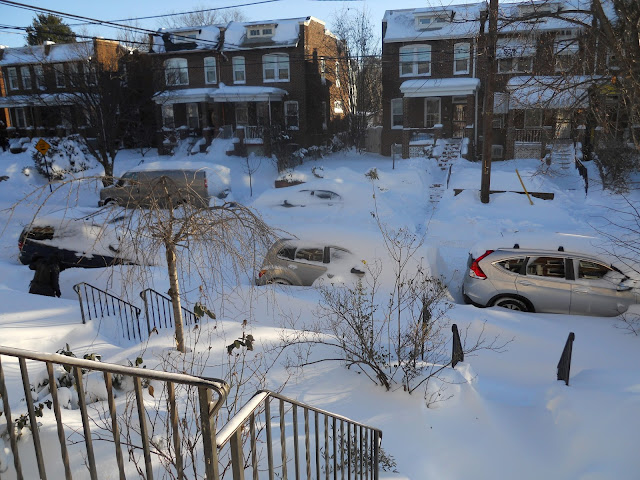 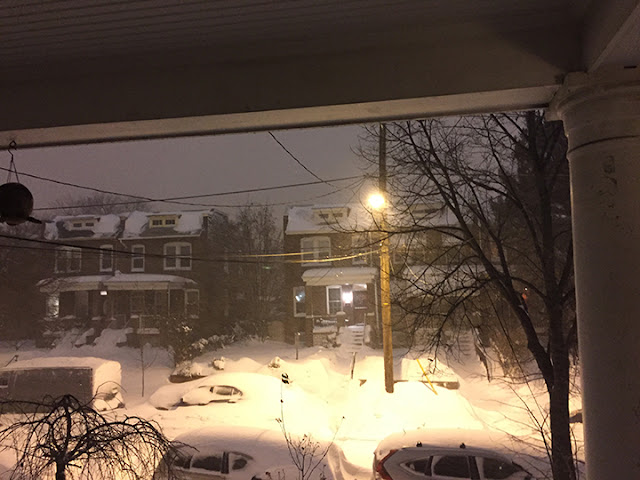 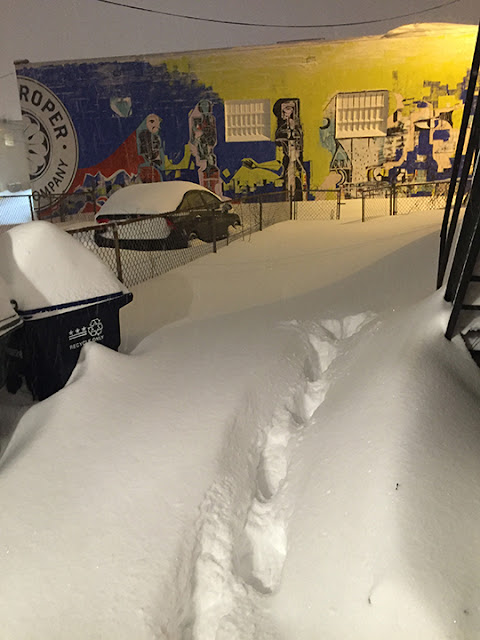 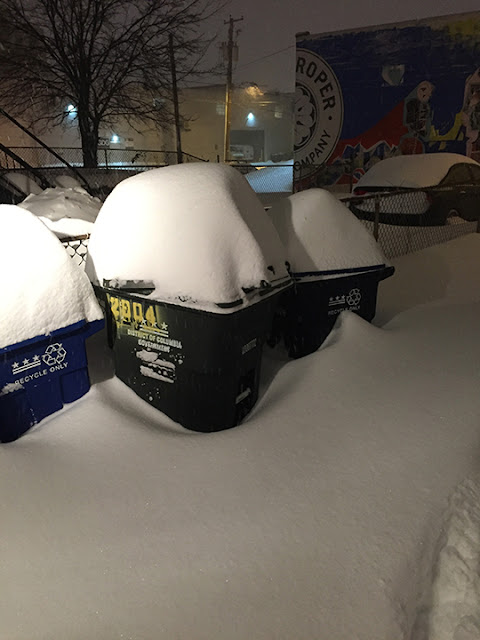 A Few Pictures from My Walk Around at 1 Today 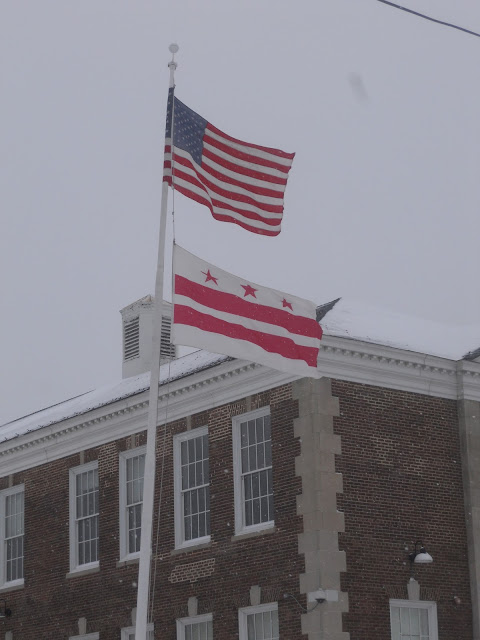 The flags really show how strong the wind is. 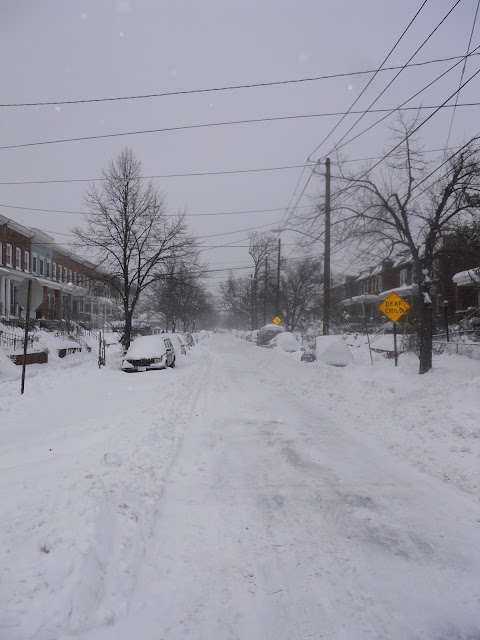 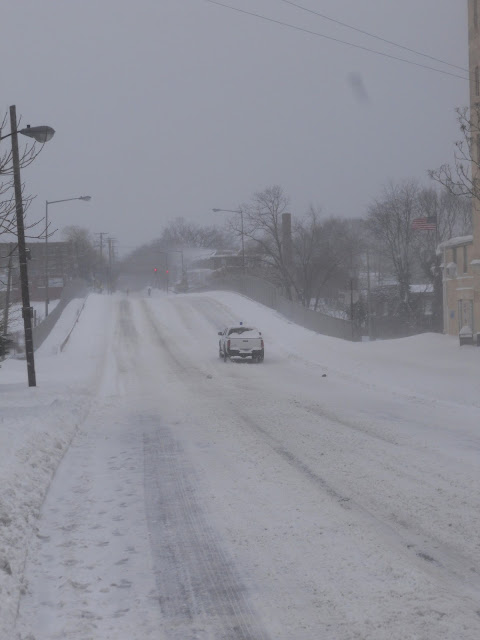 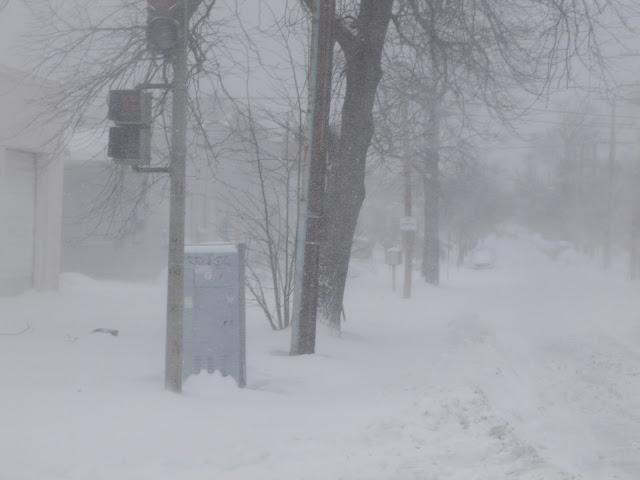 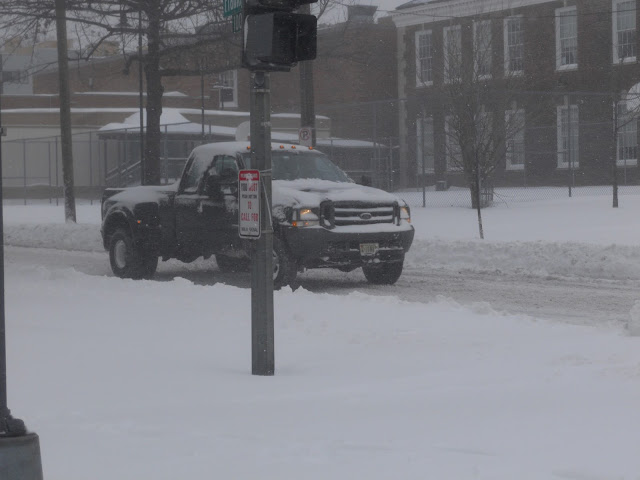 The Snow is Slowing Down — The Wind has Really Picked Up


Little if any additional accumulation in this period. The 15 inch ruler just about disappears into the snow. So the backyard has 15 plus inches. I did a little shoveling and took a walk.

There is a lot of snow out there. And the wind has really picked up.

You will notice that the snow plow was finally dug out. I'd say it took them about 2.5 to 3 hours to accomplish that.

There are a few people out. Shoveling walks. Trying to get there cars out. I don't understand that one because where exactly are you going to go. Oh and the cars that I did see out not one of them had their headlights on including official vehicles from DC. 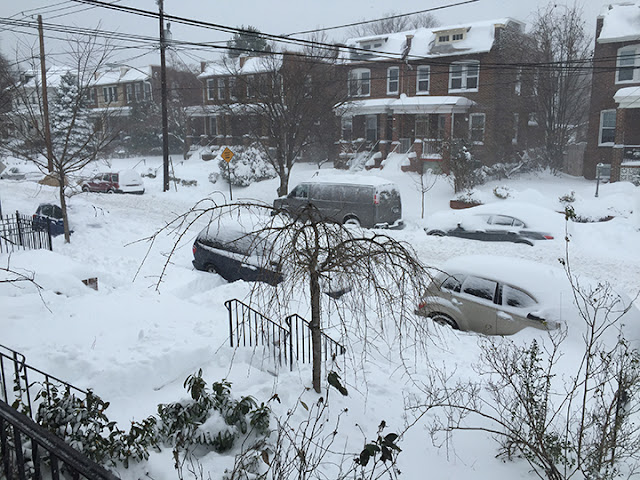 The 9 am Update — It's still Snowing

It has slowed down some. I abandoned measuring on the stairs because I can't really see them very well. So I'm using the concrete slab at the bottom of the stairs. My ruler is only 15 inches and it disappeared into the snow. So I have at least 15 inches maybe a little more. I have to find that broom stick for the noon measuring.

I've got lots of time on my hands. I decided it was a great day to have French toast for breakfast. It was very good. I've done some cleaning. I did a load of laundry. Even ironed some shirts. In a little while I might try and clear my front porch. Or I just might see what's on Netflix or pick up a book. The wind has started to pick up and that's the reason I'm reluctant to go out. Yeah that's it, it's the wind not all that snow.

You know there's been a lot of snow when the snow plow gets stuck. He's been trying to get for the past hour.

Here are some official totals that I got from the Post:


By 7:30 a.m. there were 14 inches at Reagan National Airport, 16 inches reported in Springfield, Va., and 18 inches in Damascus. Germantown had 16 inches, Bethesda 16 inches, and Washington’s Petworth neighborhood 14.5 inches. 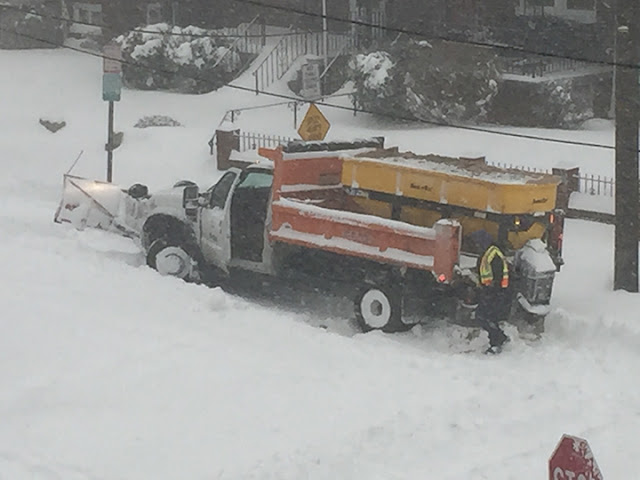 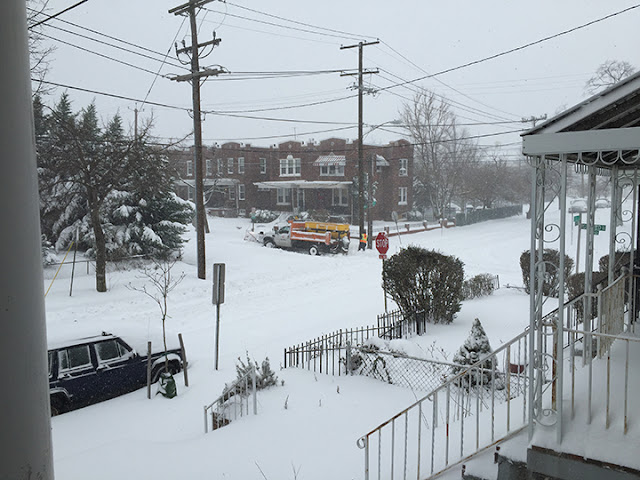 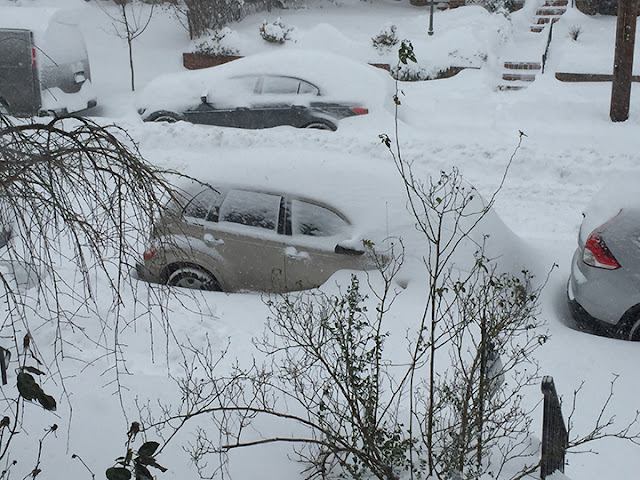 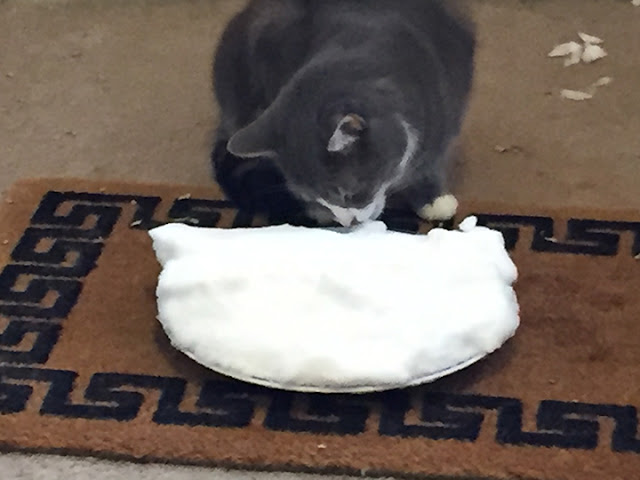 A Morning Measure of Snow

I had a little problem figuring out exactly where the step was so I took another measurement of the snow total. This is from the concrete slab at the bottom of the stairs. Again in both cases I was guessing where things were. The interesting thing is that the second measurement was higher than the first.

The measure on the stairs is 13 inches. The measure from what I'll call the sidewalk is just about 15 inches. It means for the next measurement I'll have to find something else to use.

From watching the news this morning, there is still at least six hours to go until this starts to be over. 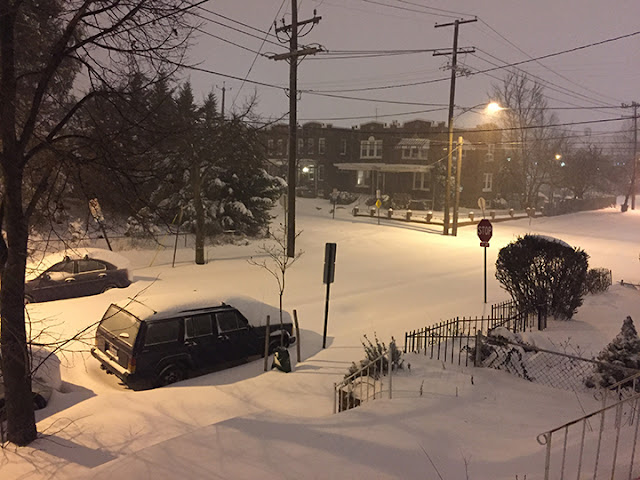 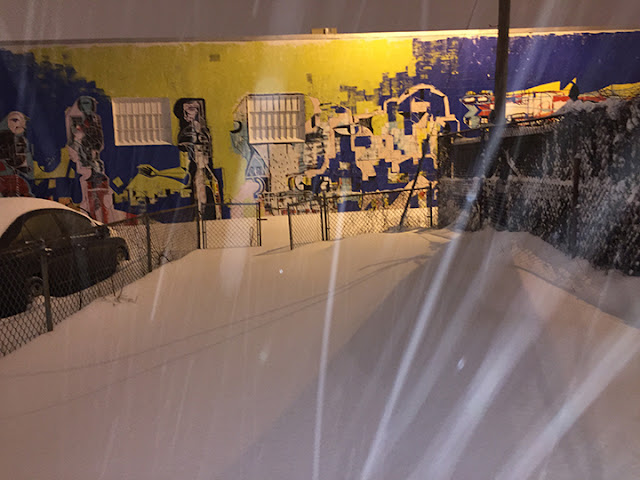 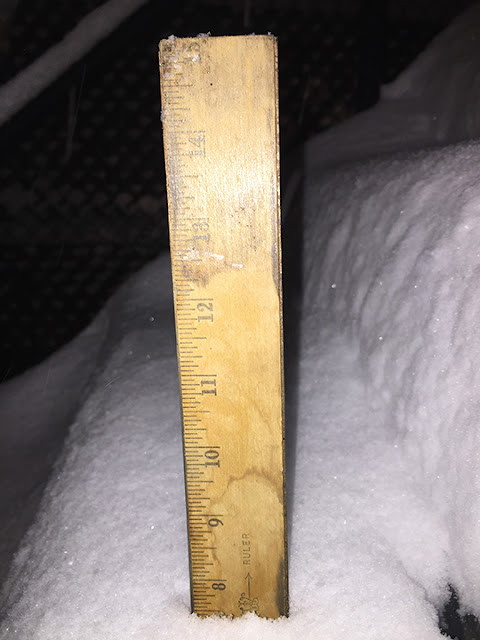 I decided to do one more measurement before heading off to bed. Snow total went from about 6 inches at 10pm to 7.5 inches at midnight. As all the forecasters on TV said the storm is about to stronger.

It will be interesting to see what the morning brings.

Stay safe everyone.
Posted by Jason in DC at 12:10 AM No comments:

The storm is only intensifying. The wind has picked up. Again the strongest part of the storm doesn't come into DC until overnight and into tomorrow.

But my back step measurement went from just under 3 inches to 6 inches in four hours. 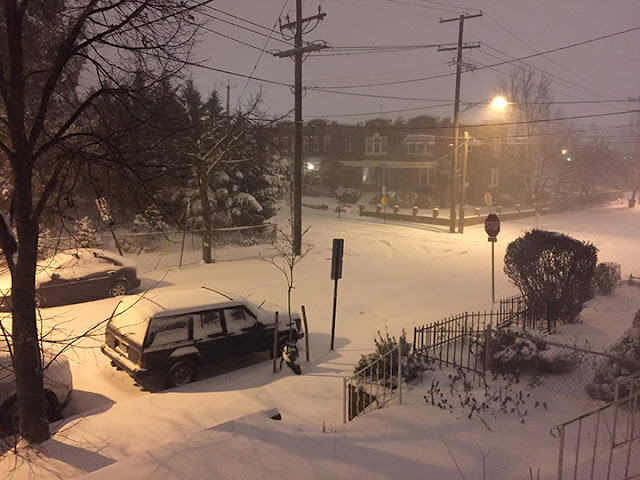