Went to a GW Women's basketball game tonight. They played St. Joseph's. For a while in the first half GW was behind. But in the last few minutes of the first half GW built a 14 point lead which they took into half time. The first two pictures are the introduction of the players. 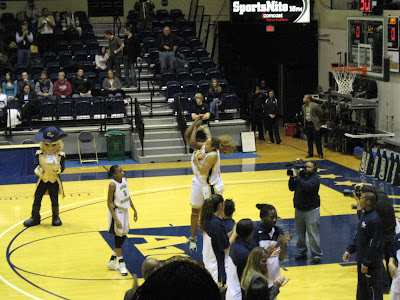 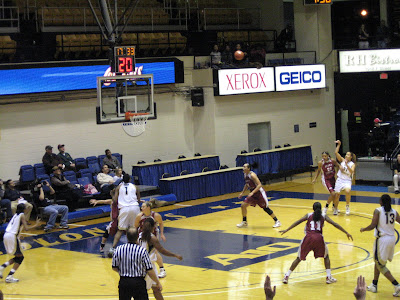 This was a three point shot that went in. 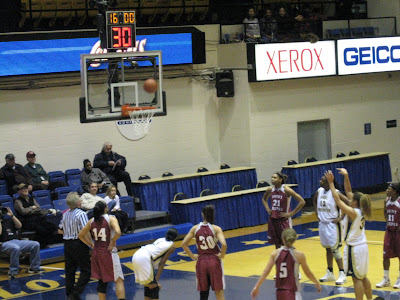 A foul shot that went in. GW had a little trouble at the free throw line. This is something that drives me nuts that college level players are not better at this. I'd say in general the women seem to be a little better at it then the men. 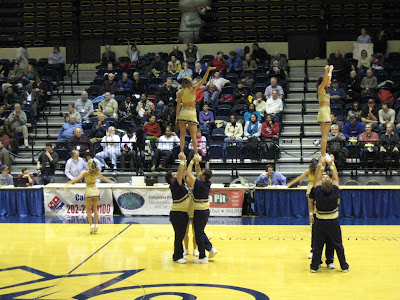