Ok, you'll have to pardon my alliteration but I couldn't resist. Preparation inaugural are now in full swing as you can see from the following pictures. The concert has been set as well. A little more on that later along with a funny conversation I over heard at the gym. 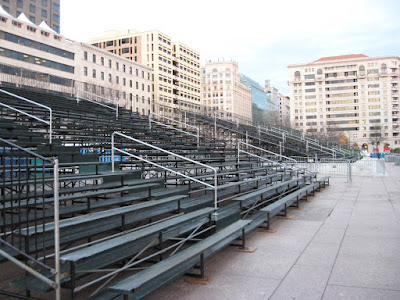 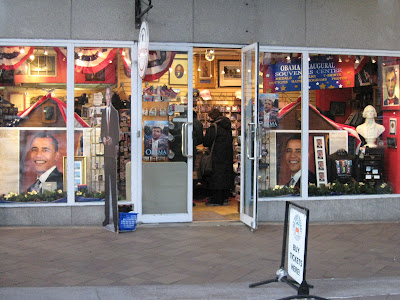 Some of the railings that are going to used to cordon off the parade route. You see groups of these at just about every intersection on Pennsylvania Avenue. 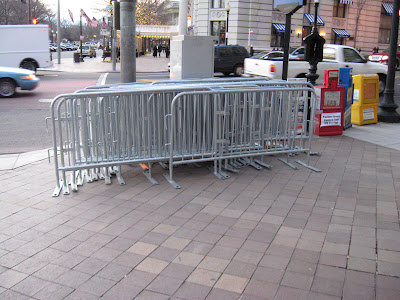 What large assembly of people would not be complete with out port-o-potties. The concern is there will not be near enough of them. 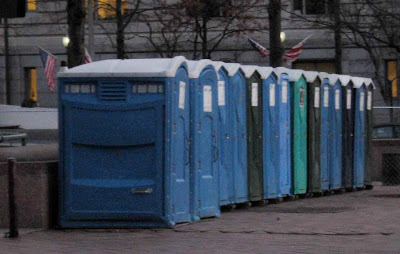 One of the many columns of speakers along the parade route. The Treasury building is right behind it. 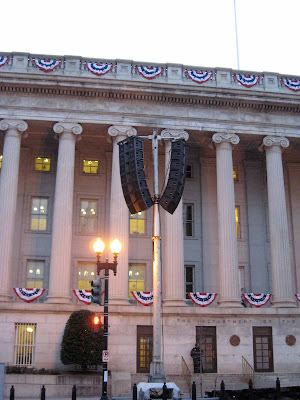 This is the corner of Pennsylvania Avenue and 15th Street. Right across from the Treasury building and half a block from the White House. There's also another bank across the street. 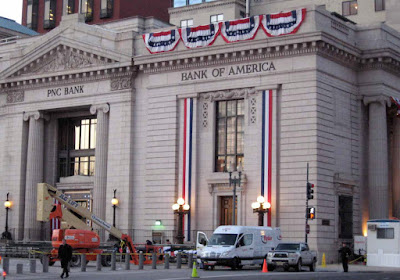 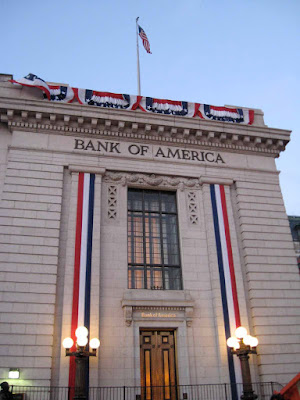