Pictures of the Inaugural, Finally on 18th Street

Finally on 18th Street. But still wall to wall people. It was a slow walk until we got to about E Street or so and some people pealed off towards 19th Street. Then it was more like a normal walk.

There were National Guard troops around helping people out. One thing I will say I think it would have helped if they'd had a bull horn to be able to let the crowd know a little more about what was going on. But as one guy said "we're just going to keep walking. Nothing will spoil today." 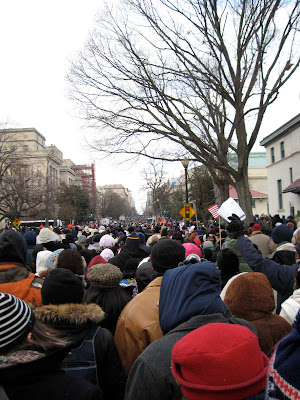 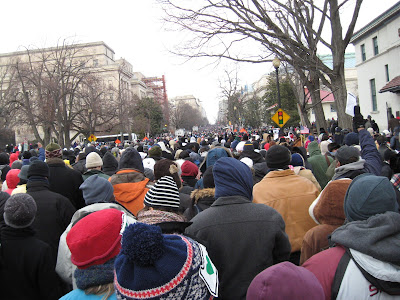 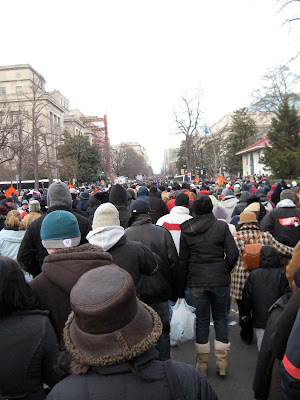 Some signs along the way honoring the new President and Vice President. 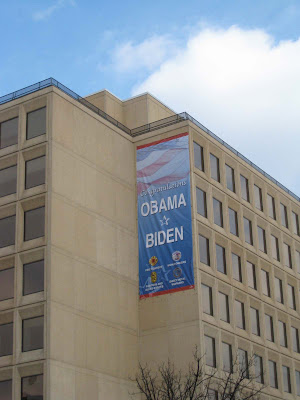 Email ThisBlogThis!Share to TwitterShare to FacebookShare to Pinterest
Labels: inaugural