Thoughts on the Trip Back from Springfield

Some thoughts on the trip back to DC. Well the second day I started out from Hebron, Ohio. A couple of miles into the trip it started raining and I mean raining. Even with windshield whippers on high I couldn’t see the road in front of me. Then the rain would come to a complete stop. The road ahead looked dry. I’d drive another ten or so miles and then it would start pouring again. This lasted for about an hour but finally the sky cleared and the rain stopped. I was very happy about that.

Here are a few pictures from the drive back. They had the original mile markers from what was considered the first interstate in the are which I believe was route 40. The mileage markers were based on where the road ended. So you get the mileage to the end of the road and the mileage to the previous maker. In this case it was Zanesville, Ohio. There was also a plaque dedicated to Eisenhower as being the father of the modern interstate transit system.

Within a year after Eisenhower became President in 1953, he began to push for a system of interstate highways across the United States. Although federal highways covered many areas of the country, the interstate highway plan would create 42,000 miles of limited-access and very modern highways. Eisenhower and his staff worked for two years to get the world’s largest public works project approved by Congress. On June 29, 1956 the Federal Aid Highway Act (FAHA) of 1956 was signed and the Interstates, as they would be known, began to spread across the landscape.

Driving through the hills/mountains on 68 were a challenge. I’m not used to driving in hills and it made for an interesting drive. If I go out to Missouri, I’m going to divide both driving out and back into two days. Driving on 68 in the dark (which I did on the trip out) is just not much fun.

Once I got into the DC area things really got fun. The GPS took me around the Beltway to Georgia Avenue and from there I drove into the city. All I can say is that people on the Beltway drive like they’re nuts. I was going at least 65 miles an hour and felt like I was standing still. If you’re not in the correct lane when an exit comes along you are lost. The thing is there are several exits that are on the left hand side of the road. Next time I plan to exit at Wisconsin Avenue.

In all I had a very good trip out. The drive was not bad except for that one patch of rain I had no weather problems. I also got great gas mileage. I average 30 miles a gallon or above. Last time out I was averaging in the high 20s. I think part of it had to due with the fact I went to Jiffy Lube before I left and they cleaned out the values or something like that. That’s supposed to be done once a year and I’m going to make sure it’s done before I go out next time.

Here are some pictures from the trip back. The last couple show the leaves just starting to turn. 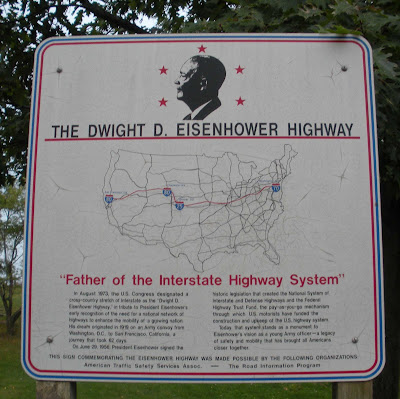 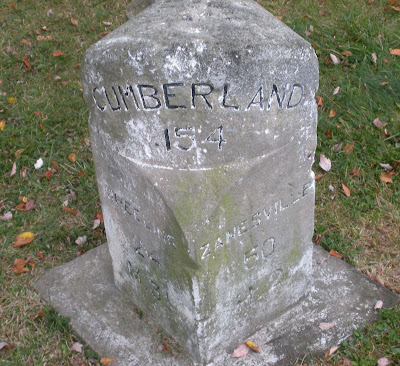 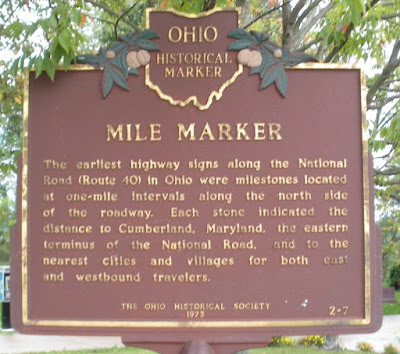