Last Games for the Season at Nationals' Park

Sunday was the last day for games at Nationals' Park for the season. There was a split double header because of the rain postponed game from Saturday. It was also tribute day to Davey Johnson.

The man who first came in touch with Washington baseball when he was a Senators ballboy during spring training in Orlando at 10 years old has finally come full circle. He played in and managed more than 3,800 games. He is one of five managers to win manager of the year in both leagues. His teams finished first or second in their division in 14 of his 17 seasons as a major league manager. As a player, he won three Gold Gloves and made four all-star appearances. He has won three World Series, two as a player. He guided the Nationals to their highest moments, including a first division title in 2012.


The next few posts will be about those two lasts games. Unfortunately for the Nats there will be no post season this year. They were eliminated last night when they lost to St. Louis. However, since August 9 the Nats record is 30-13. I believe the best in baseball for that time period.

A few pictures from when the players came out of the dugout after the tribute to Johnson. 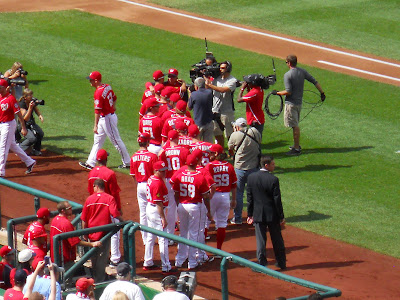 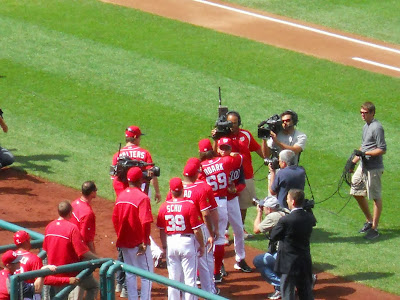 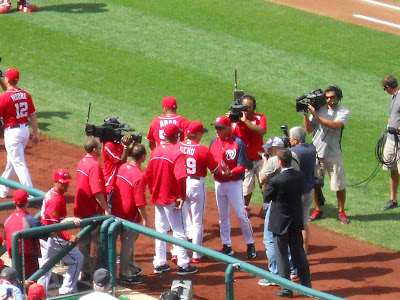