Probably the best windows in New York are at Saks. Here's a description of them:

For the first time ever, the six animated Fifth Avenue windows will feature the story of the legendary Yeti, who is rumored to live on the Saks Fifth Avenue roof, making snow during the holiday season. Each window depicts a scene from The Yeti Story—from the Yeti’s life as an under-appreciated snowmaker in Siberia to his starring role as a true snowflake artist in New York.


And here are the windows 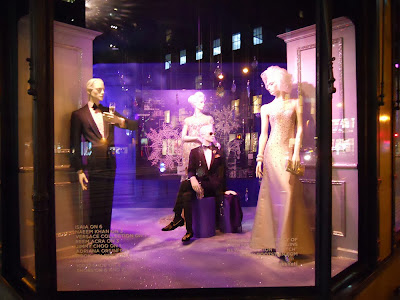 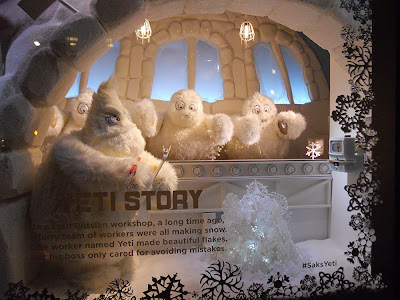 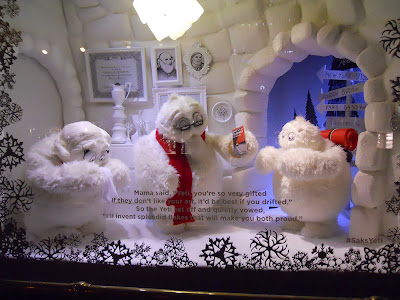 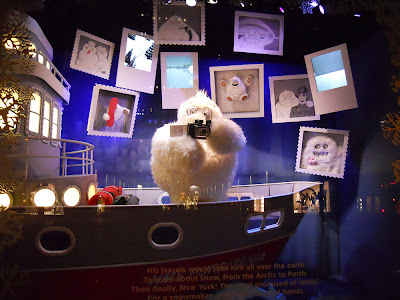 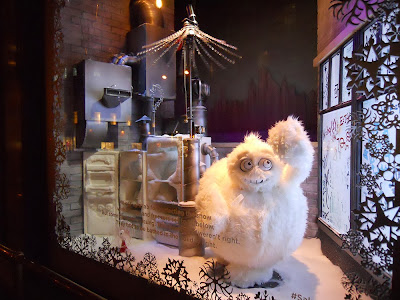 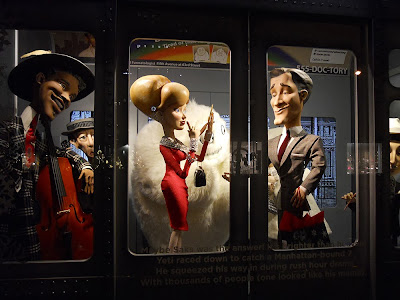 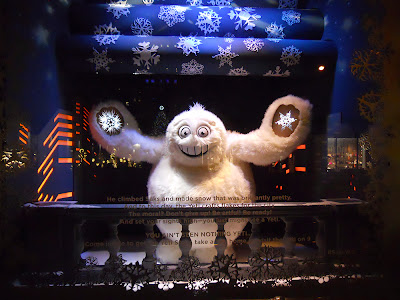 Here's the light show on the building.