Final pictures of the New York trip. Actually these are the from the start of the trip.

Here’s what happened. Stu and I caught the midnight bus up to New York. No problems on the way up. I actually got some sleep. We arrived in New York on time just at 5 am.

Now New York may indeed be the city that never sleeps but it does take a nap. And this was definitely nap time especially 5am on a Sunday morning.

We went to Macy’s and saw their windows. Then we headed up to Rockefeller Center. There were maybe a total of ten people there. Got some spectacular shots of the tree and decorations around there with no one in the picture. It was so very cool. There were some brave souls out and about. I helped out a couple of tourists from Australia by taking a picture of the two of them.

Then we walked up 5th Avenue toward Central Park. We stopped off at the 24 hour Apple Store. There were actually people at the Genius Bar being waited on that early in the morning. The decorations going up were fantastic. Once we hit the Park we walked west on 59th Street. We walked to Columbus Circle and then headed up to Lincoln Center. By that time the sun was just coming up. 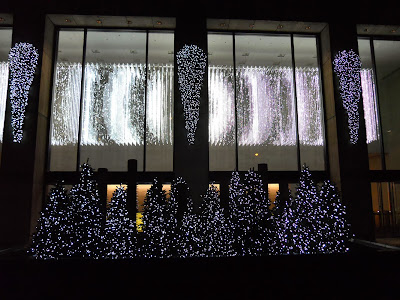 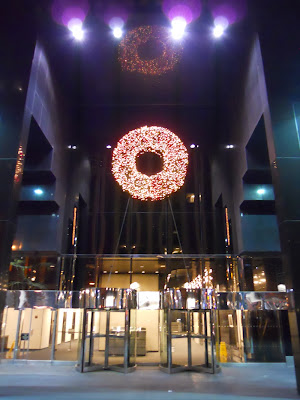 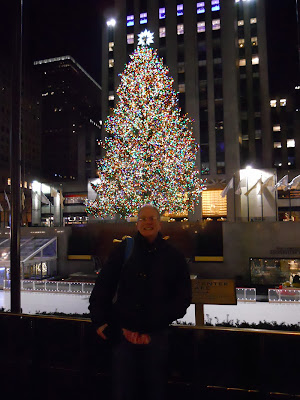 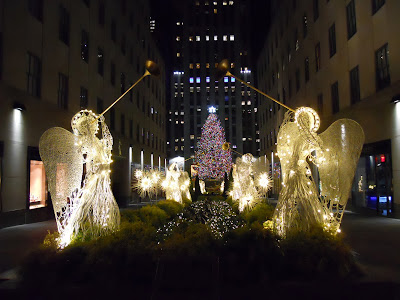 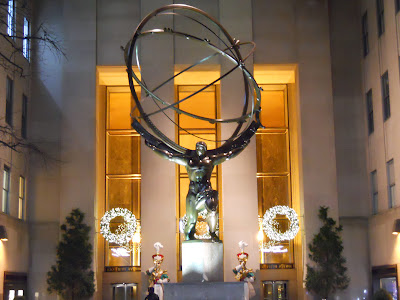 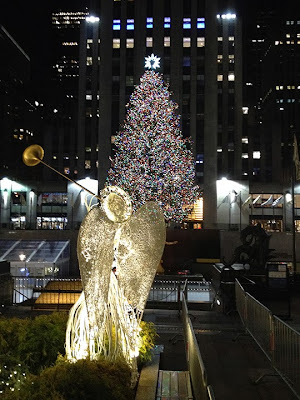