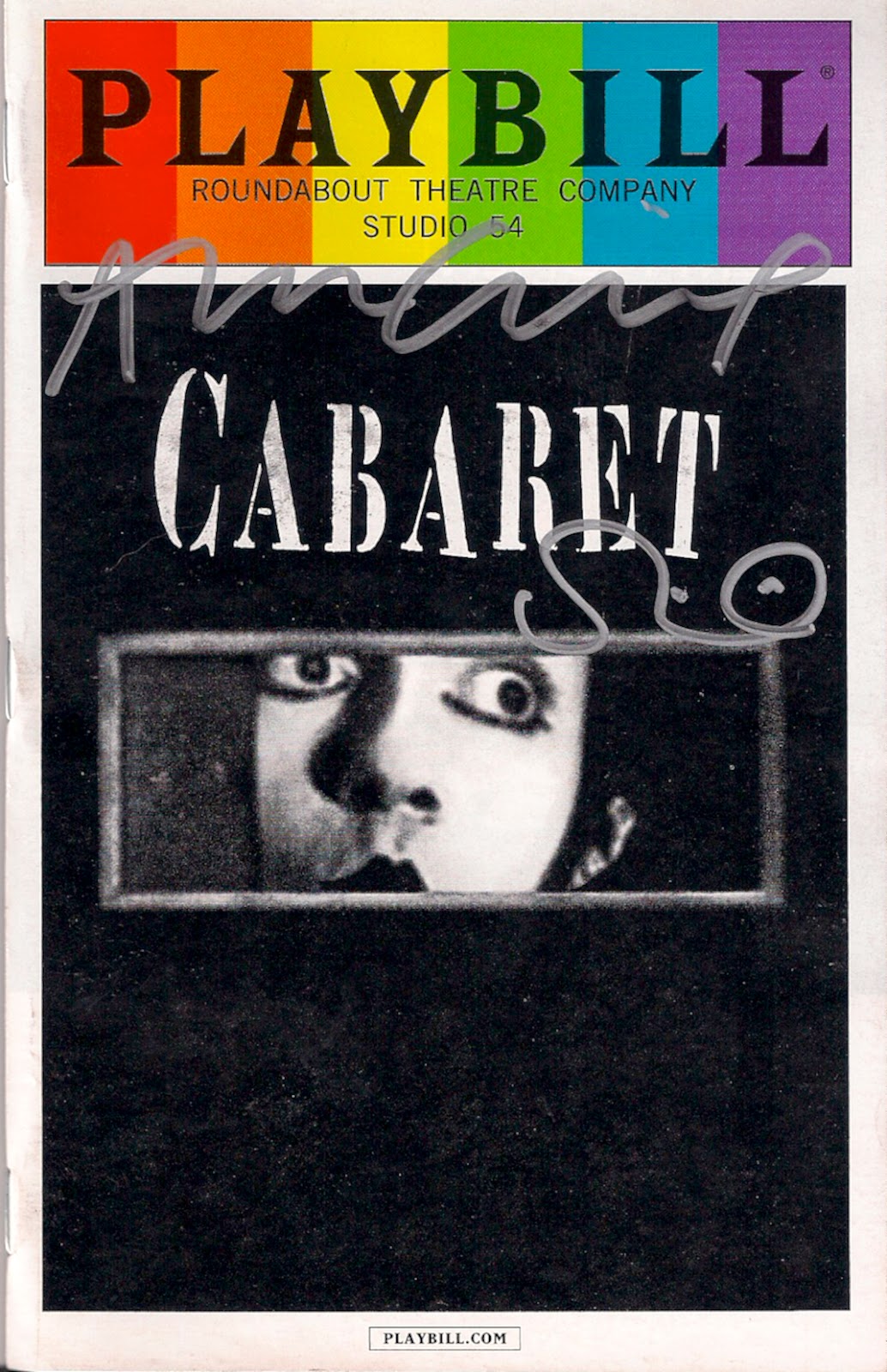 A little recap about getting to Cabaret.

We get off the bus at 1:35. The show starts at 2. The theater is 27 blocks from where the bus dropped us off. We get to the theater with about 5 minutes to spare. Thankfully they didn’t start exactly at 2.

The seating area was set up like a cabaret! It was very neat. We were in the back bar area. Essentially the last row. We had bar seats which means we had more room to stretch out. That was really nice after the long bus ride. Also the extra room meant it was easier to recover from our sprint up to the theater.

Here’s a little from the USA Today review:

Another interesting thing was the band:

Played by a 19-piece brass-heavy band whose members double as Kit Kat performers, the superlative score -- there’s not a weak number in the show -- has rarely sounded better. Credit goes to Patrick Vaccariello’s music direction and Michael Gibson’s punchy orchestrations. Just hearing the entr’acte instrumental of “Cabaret” performed with such verve by the disreputable-looking bunch, crammed into designer Brill’s crooked frame, is a joy.