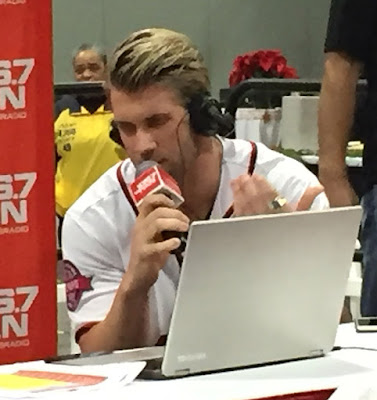 Bryce Harper even out shown Santa. He was followed by mobs of people no matter where he went. I tried to get a photo taken with him but got in the line a little too late. 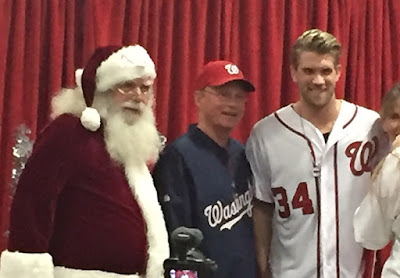 Harper did make a little news. He was interviewed by a local radio station. The question was his take on all this incredible contracts players were signing. He said he didn't think they were all that incredible. (I sure hope the Nationals move heaven and earth to sign him for a long long long term contract.)

There was a funny Family Feud type game show called Old School vs New School. One of the question was who was the MVP in 1977. Harper answered first. It was of course Dusty Baker. The MC told Baker all he'd have to have said was me. It was a very fun thing to watch everyone on the stage had a good time. 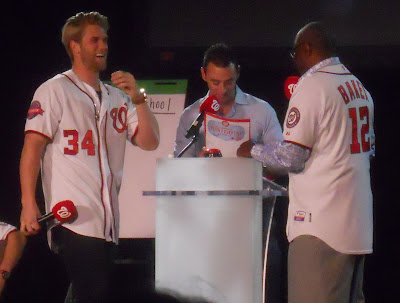 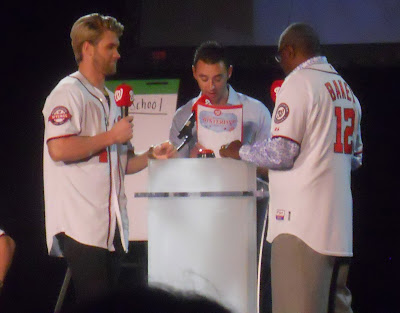 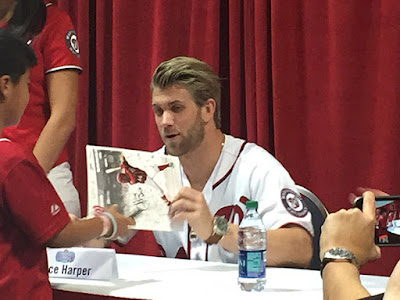 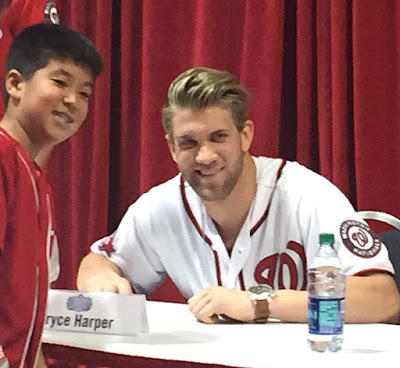 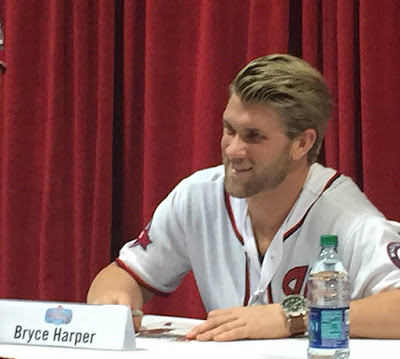