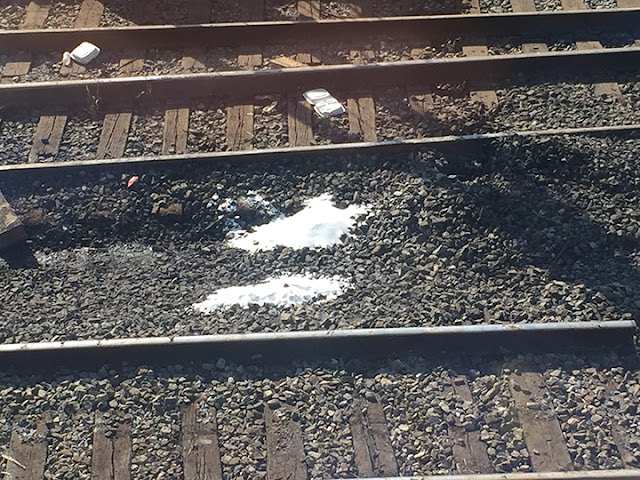 This is how the clean up effort has gone today. All of the cars are gone.

Here's a little more on the next steps:


One scrap metal hopper car is too damaged and will be cut up on site and removed using industrial equipment, officials said. After the train cars are removed from the site, CSX will begin soil remediation in the area affected by the sodium hydroxide spill, the company said. Following that process, track will be laid to begin the process of restoring service.

“This will be done at walking speed, under the direction of FRA and with air monitoring in place,” D.C. Fire Department officials said in a statement.


In the picture above that looks like one of the chemicals that leaked out. 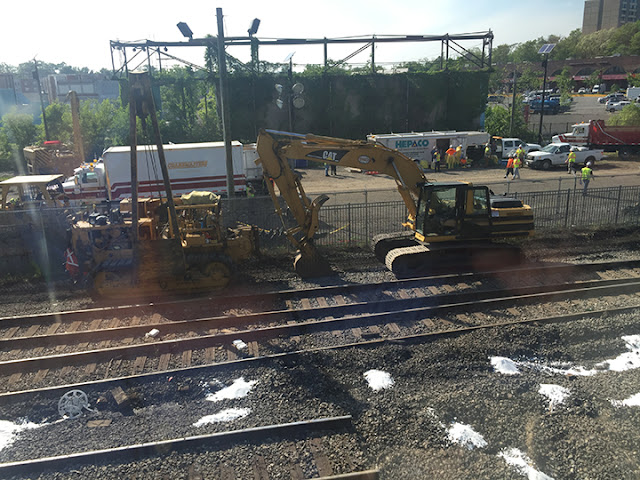 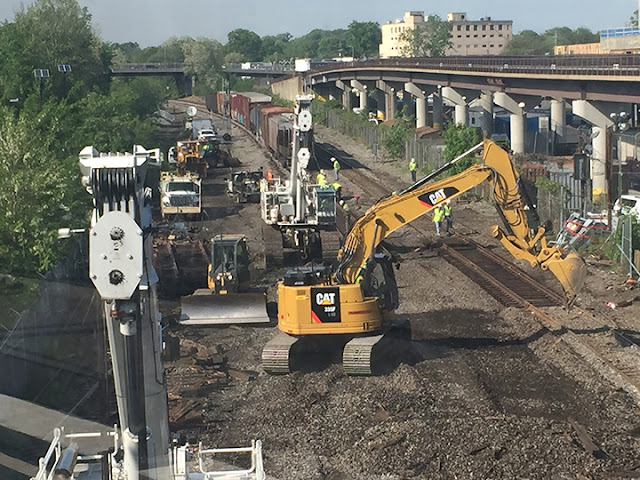 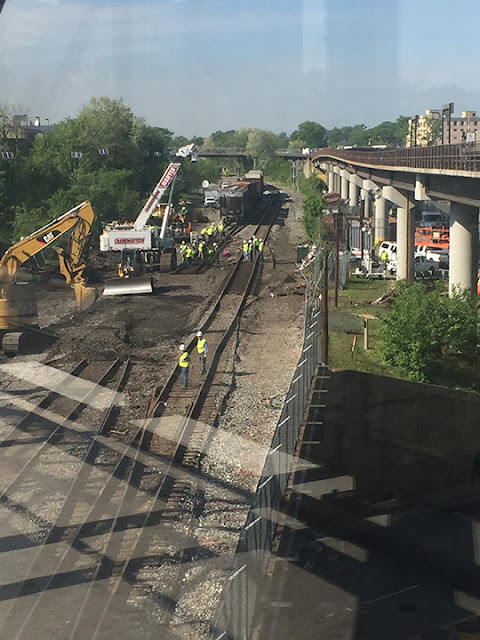 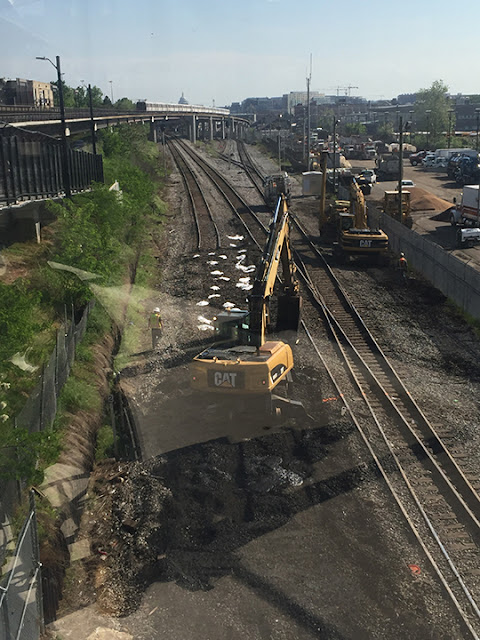 As you can see in this section the rails have been completely pulled up. 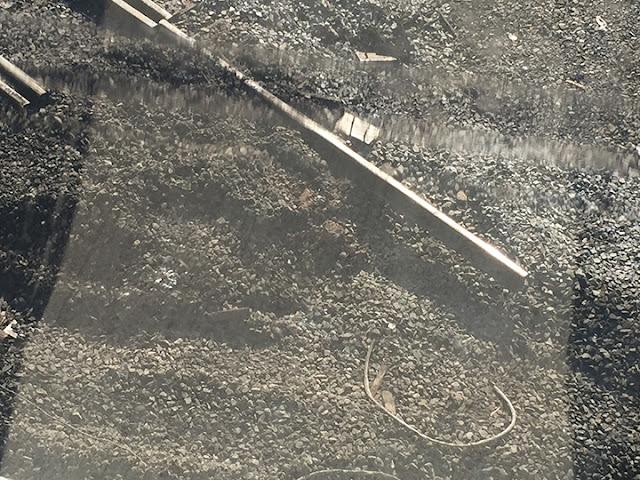 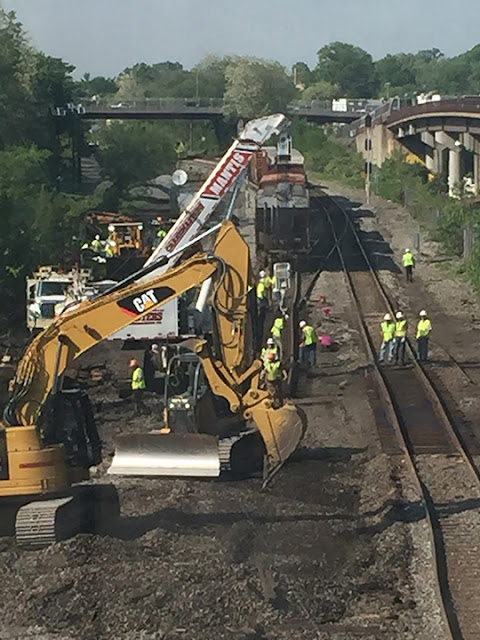 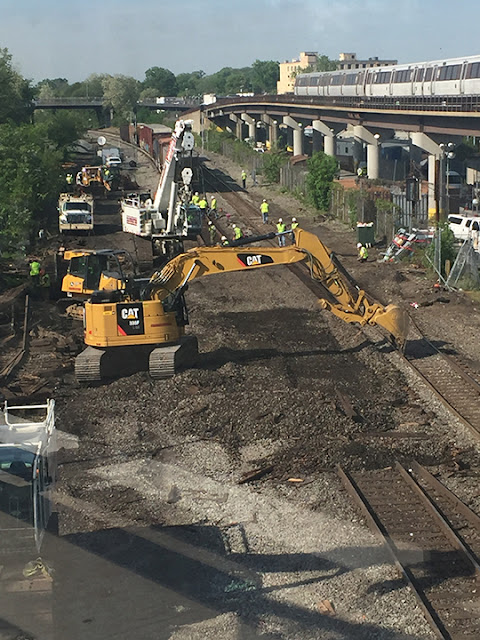 This gives you a really good perspective on just how close the train tracks are to the Metro tracks.


In addition to the inconvenience to those who depend on the rail corridor for travel, the derailment also revived longstanding concerns about freight trains carrying hazardous materials through the nation’s capital.

D.C. Del. Eleanor Holmes Norton (D), who visited the site Monday, said she was worried about a possible chemical spill in the Rhode Island Avenue NE neighborhood where the wreck occurred.

Monte Edwards, a trustee with the Committee of 100 on the Federal City, which serves as a watchdog on transportation and urban planning issues, said Sunday’s spill raised renewed concerns about the viability of shared freight and passenger tracks in the District.

Speaking for himself, he said the spill showed CSX’s disregard for rail safety and inspections in the District.

“This was a hydroxide that they spilled this time. Those are nasty things coming through,” he said, reflecting on what could have happened had the chemical spilled just a short distance south, near the Capitol.

“A spill like that [one] that just occurred here in Northeast, [if] that would occur near a grate or an entrance to a Metro station, it would flood the Metro station,” he said.

The spill underscores the need for the District to devise a comprehensive rail plan, similar to state plans required under the 2008 Passenger Rail Investment and Improvement Act, he said. The District Department of Transportation says it expects a rail plan to be completed as early as this summer. 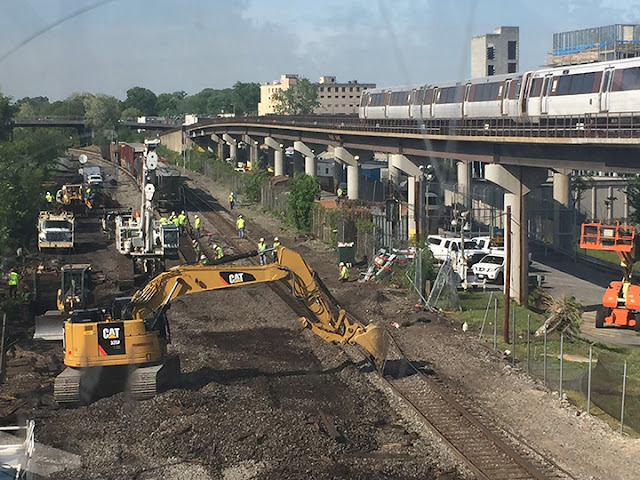