Harper Homers the Nats to a Lead. After Drew's two run home run tied the game in the 6th, along came Harper:


The moment Kyle Barraclough saw Bryce Harper make contact, he hopped on the mound, looked down and let out a yell. The ball sailed into the first deck in right field, a two-run home run in the seventh inning that propelled the Washington Nationals to a 5-3 win. The Miami Marlins chose to pitch to Harper with the game on the line and paid dearly.

Miami pitched around Harper in his first two plate appearances. In his third at-bat, he poked a single through the infield. His fourth trip changed the game.

When Anthony Rendon walked to lead off the seventh, Marlins Manager Don Mattingly, with no left-handers in his bullpen, had to stick with the hard-throwing Barraclough, who tried to sneak a 3-2 slider past Harper. Instead, the pitch spun over the plate and Harper pounced.


It was another of those as soon as he hit it you knew it was out of the park home runs. 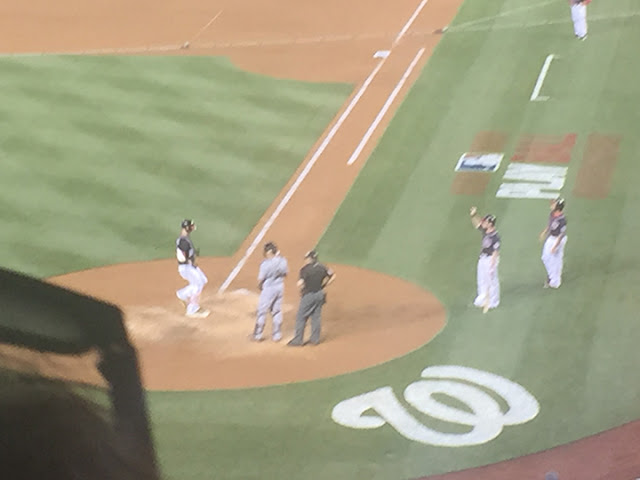 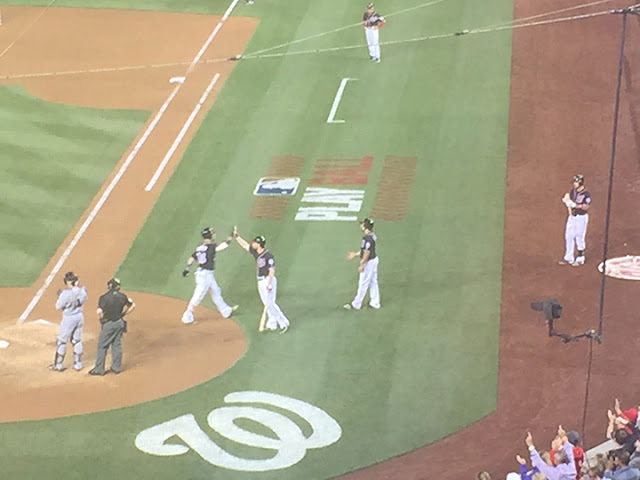 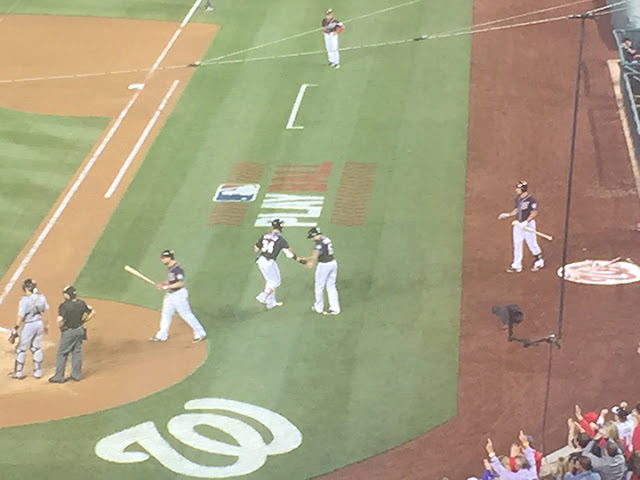 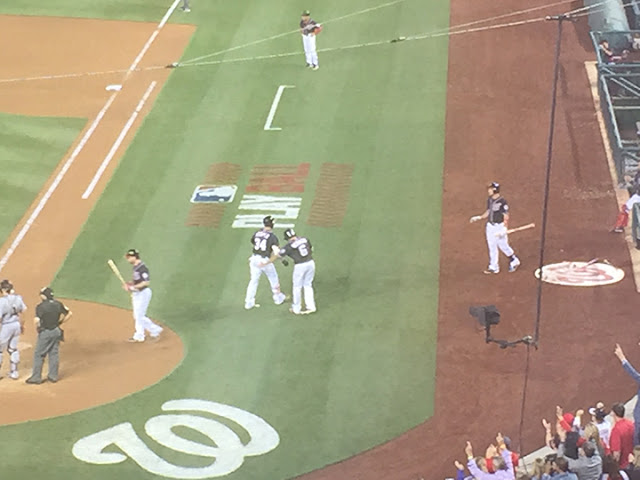 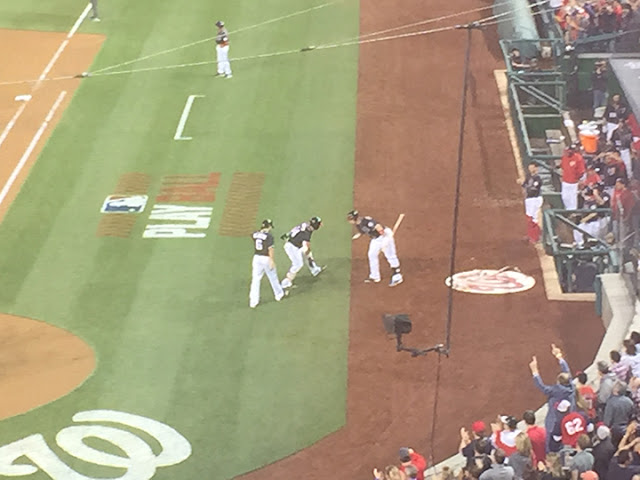 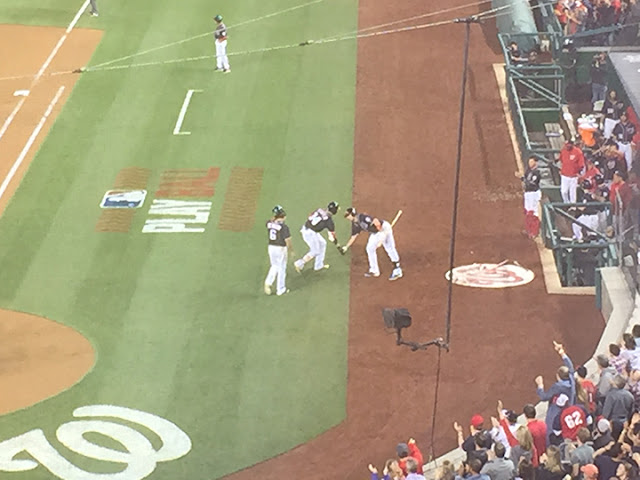 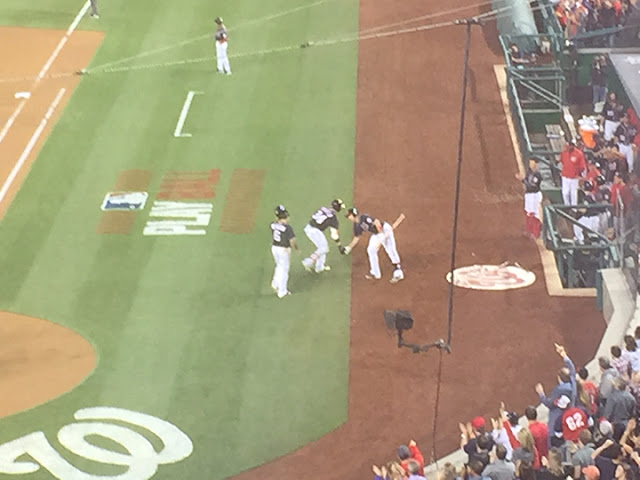 To see the deal:

In the eighth, [Chris] Heisey also went deep as a pinch hitter — the third time he has done so this season. The Nationals have six pinch-hit home runs in 35 games; they had five all of last season. 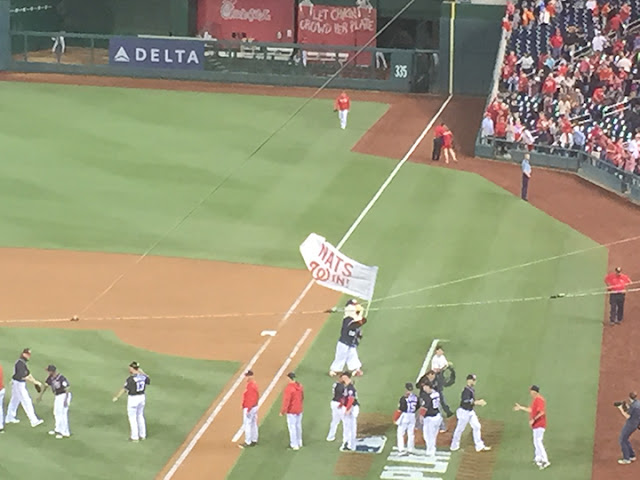