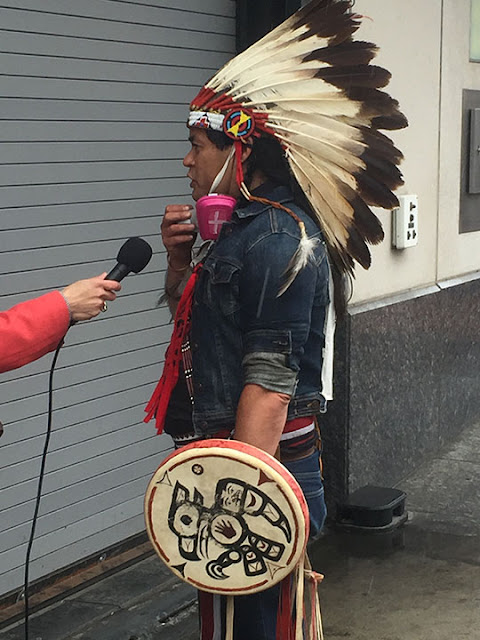 I stepped out of my office and Friday and saw this march by Native Americans. They were protesting with going ahead with the Dakota Access pipeline.


Work on the $3.8 billion pipeline, which is owned by Texas-based Energy Transfer Partners, was halted in December by the Obama administration. The Army Corps of Engineers announced that it would look at alternate routes for the pipeline and that it would undertake an environmental-impact statement. 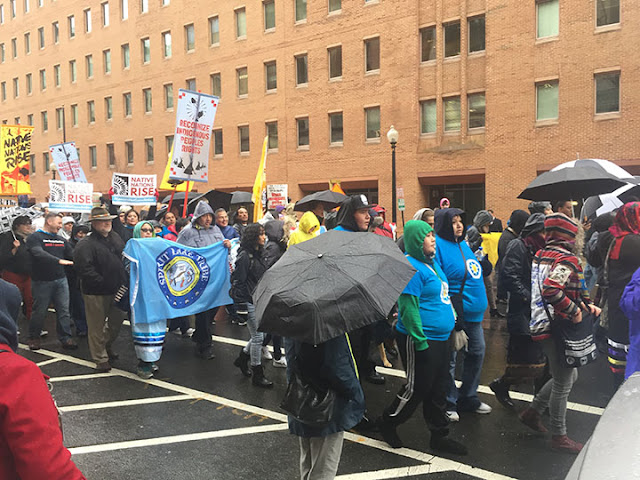 But in January, President Trump signed an executive order giving the pipeline project the go-ahead. The Army Corps granted an easement for the oil company to drill under a reservoir on the Missouri River that is adjacent to the Standing Rock Sioux reservation and construction resumed in early February. The company has said it would be just a number of weeks before up to 550,000 barrels of oil a day can begin flowing through the pipeline. 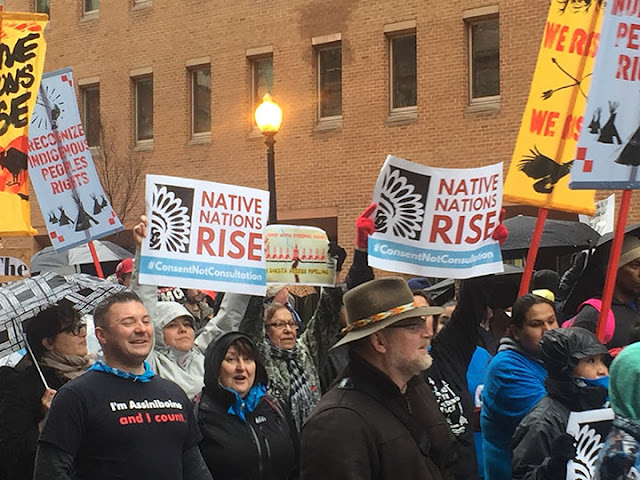 Eryn Wise spent four months at Standing Rock last year, becoming one of the leaders of the International Indigenous Youth Council, a group formed at the protest site to give voice to the many young Indians who had traveled to join the movement. 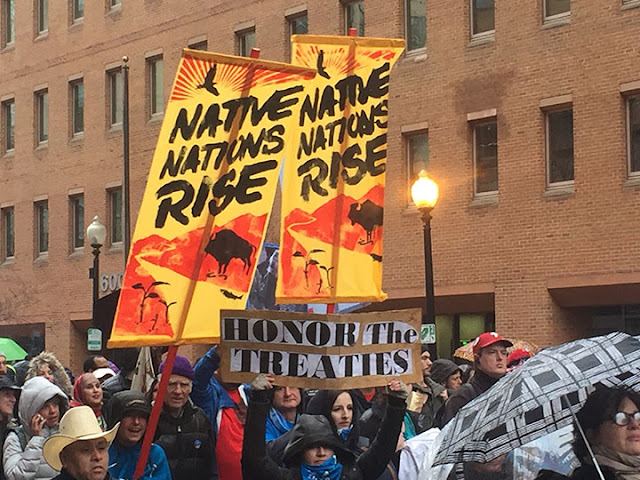 “I think that most people came to Standing Rock for the same reason I did,” said Wise, 26, a member of the Jicarilla Apache and Laguna Pueblo tribes of New Mexico. “We’ve never been a part of a movement that represented us in such a powerful and important way. An indigenous-led resistance.”

It was good to see democracy in action and in the age of Trump there will be many more marches. 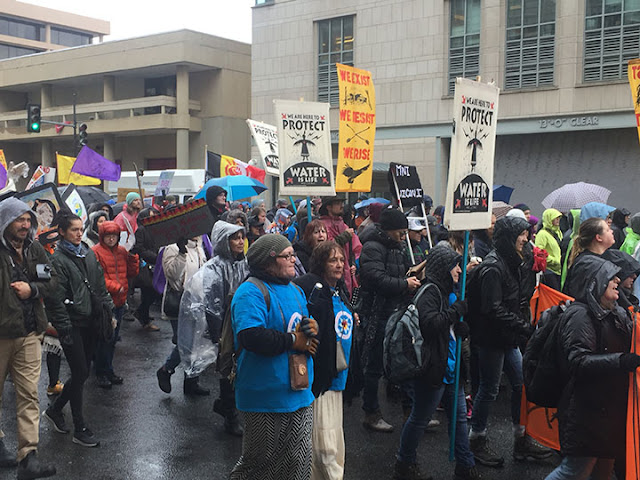 Email ThisBlogThis!Share to TwitterShare to FacebookShare to Pinterest
Labels: Politics 2017