The First Guys Out

They did a quick walk around. I have to think they were told to do that since they are sort of the big stars of the team and would never have gotten around the field if they'd stopped. Desmond did come out later and worked the crowd but not on the side of the field I was on.

I joked with the people around me that I got some really good pictures of their hats. But you can sort of see their faces. 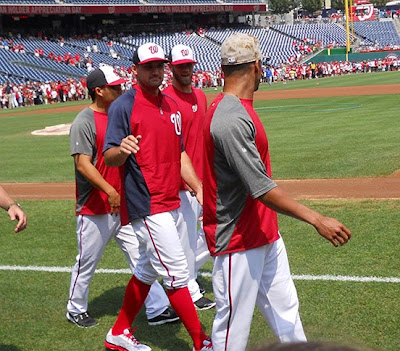 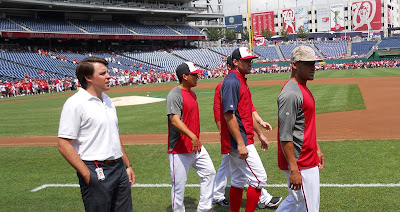 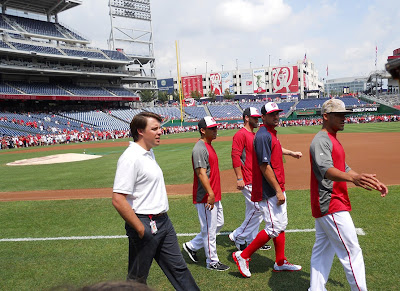