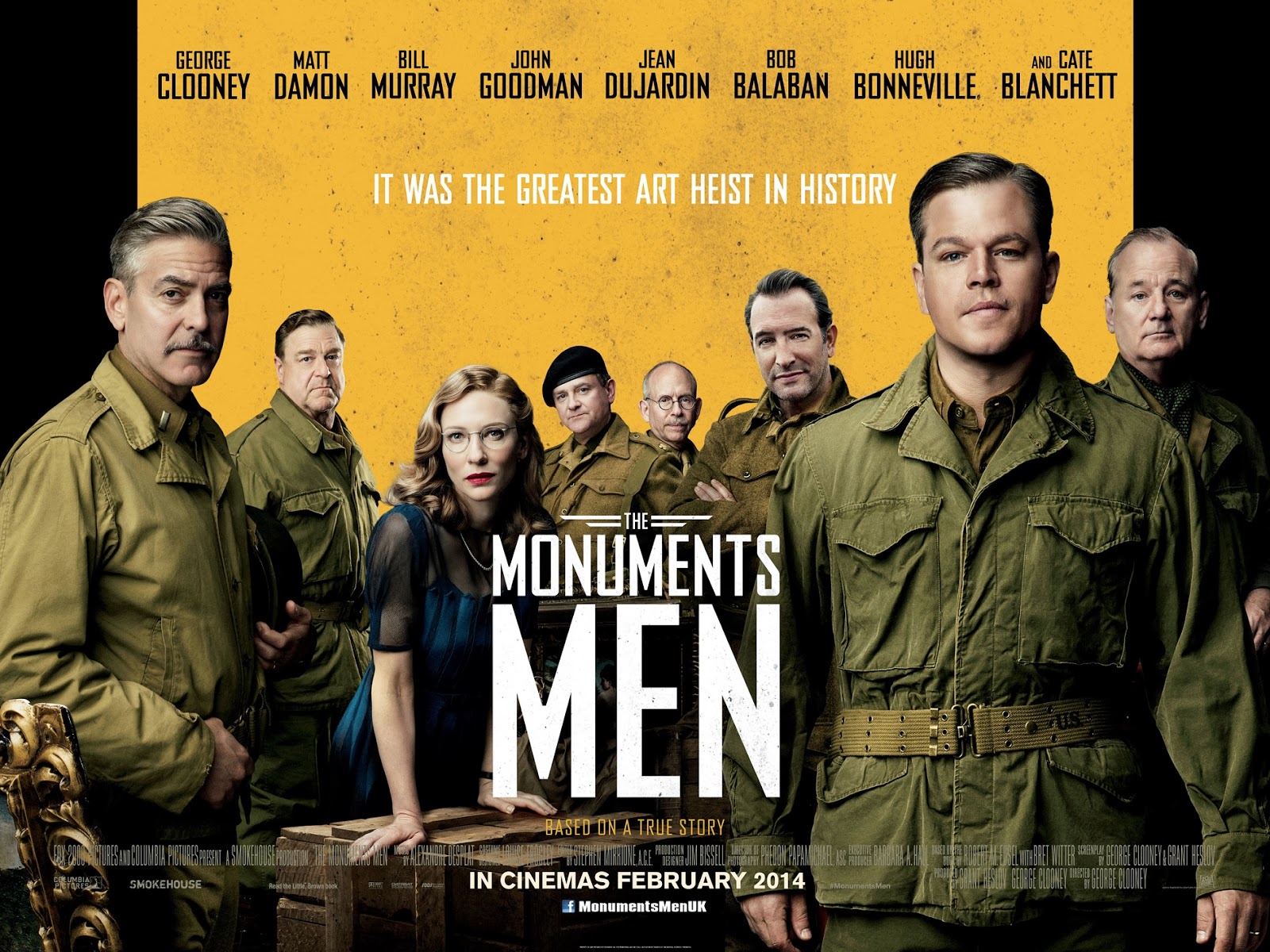 That's was the reaction both Mark and I had to the movie when we saw it on Saturday.

I was looking forward to the film. I knew a little about the story. Knew about the book. Thought this would be a good story for a film. The cast look great. And well it just didn't gel.

It was seemed so slow. There just was no pacing to the movie. No real dramatic tension. Two the the characters were killed off and you really didn't care about either one. (At least one actor has an abbey to go back and run on PBS). The characters were cyphers.

The first scenes sets the premise for the film. Clooney's character is briefing the FDR about what is going on in Nazi occupied Europe. He makes the case for protecting the great works of art that Hitler is taking. Clooney proposes creating a team to help find and return the works of art. The opening part of the movie is the creation of this team.

The movie does a good job of showing just what a megalomaniac Hitler was. The idea that he would round up all the art for his museum Fuhrer Museum. And if he couldn't have it then it was to be destroyed. (Hitler issued a directive as Germany was falling apart that the seized art was to be destroyed rather than fall into Allied hands.) The detective story of trying to figure out where the Nazi hid the art is of interest but is a peripheral story in the movie.

There are some horrible moments when the Nazi burn a trove of art. Another time when the monuments men discover barrels that contain gold fillings.

But the characters are just not fleshed out. They don't really have personalities; they are more caricatures. The other problem is there are too many of them. The scenes keep bouncing back and forth to the teams that have been sent out to find the art. By the time you really get to know one team the action moves on to the next.

In all a disappointment to what should have been a much better movie.
Posted by Jason in DC at 9:29 PM