I had no dog in this fight. No horse in this race. Insert whatever cliche you want to use about the game. It would have been nice if the Broncos would have won so Manning could have made history as a quarterback winning a Super Bowl on two different teams. I think this column in the Post from Sally Jenkins best sums up what the loss means for Manning:

For Peyton Manning, insofar as he cares about personal reputation, the Super Bowl represented an almost absurd historical fork. Had he won it, he would have been discussed as perhaps the best NFL quarterback of all time. Instead, this stinker will now be attached to his name in perpetuity, along with the galling fact he set a new record for Super Bowl completions. For years Manning has dragged around the criticism, like tin cans tied to the back of a high-end car, that he produces more great statistics than great victories, and the noise just got louder.


I have to agree with her on that.

My wish for the game is always (except on the very rare occasion a team is in it that I really want to win which doesn't happen all that much) to have a good game. To let it be close like it was last year. I wanted San Francisco to win, in part because I've never really like the Ravens, but the game was exciting down to the end. This one was horrible to say the least.

Thankfully Turner Classic Movies was doing its 31 days of Oscar. When there was a commercial in the game, I took a look at what was on there. It was 12 Angry Men. Just an incredible movie. As the first half started to slip away from Denver, I started watching more and more of the movie. It was going to be over around 8 (it actually finished about 10 to 8). I decided to watch the end of the movie and then concentrate on the second half of the game. Well the first play of the second half set the tone for the second half. I watched but did other things as well.

And as for the commercials, I have to say only a few were any good. I also don't understand why they leak the commercial to the internet before the actual game. 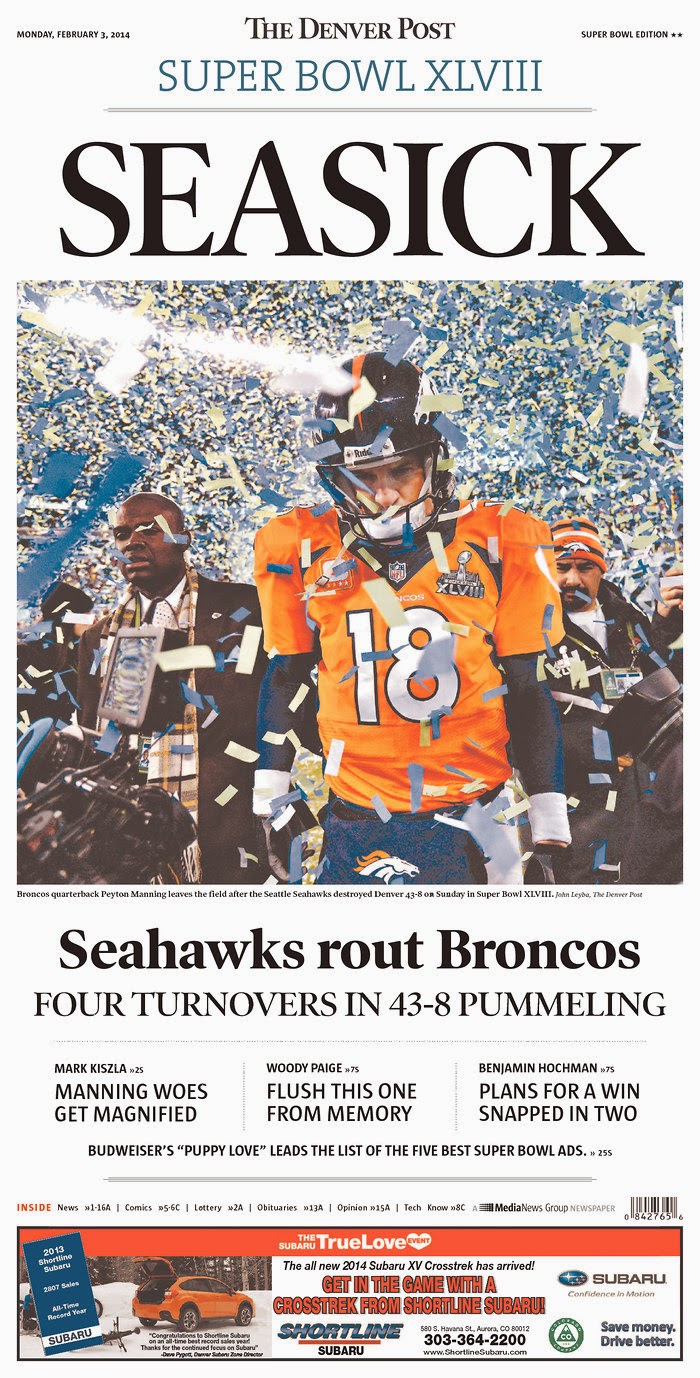