I’ve been thinking about them a lot lately. This is because one of them at the Bethesda stop that goes down from the street seems to be out of service on a pretty regular basis. Then there is the one that goes down to the platform which is under going major repairs and has been out of service for months.

This is a theme with Metro escalators. They seem to be under perpetual maintenance. Part of the reason is the same reason that the Metro as a whole is getting repairs. There were years upon years of not maintaining them at all.

I don’t understand how Metro decides which escalators to turn off. At the Bethesda stop there are three that go to street level. At least once a week when going home from work, I reach the stop and one of them is turned off. But here’s the thing there are two escalators that are running and both are going up. Why not one going in each direction when the third one is turned off.

This is not a short escalator. Walking up the escalator with it running is just about 100 steps. So this is a long way. Walking down with it stopped is a bit of a chore. I have to pay close attention because of the pattern from the grooves in the escalator steps. They really mess with my depth perception and in general are just hard on my eyes.

What complicates this even more is how little light there is. I would call it dark. (The three pictures gives you an idea of just how dark.) There are a couple of lights at the top and the bottom of it. Then there are lights in the side of the escalator itself. But even with those it is dark. The steps are dark too. Not to belabor the point but it is dark. So you really do have to watch your step, actually steps, as going down the escalator. To me this is an accident waiting to happen. I just don’t understand why Metro doesn’t do something to have more lights. The problem is this is not the only escalator that has this problem. Something in the future Metro needs to fix. 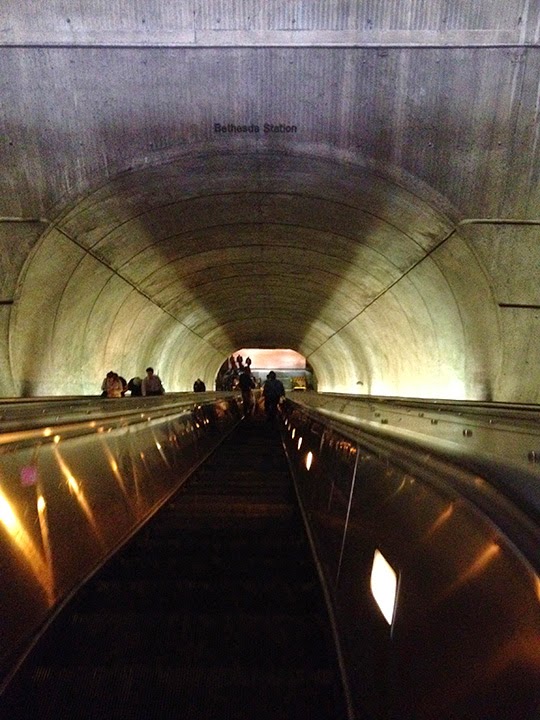 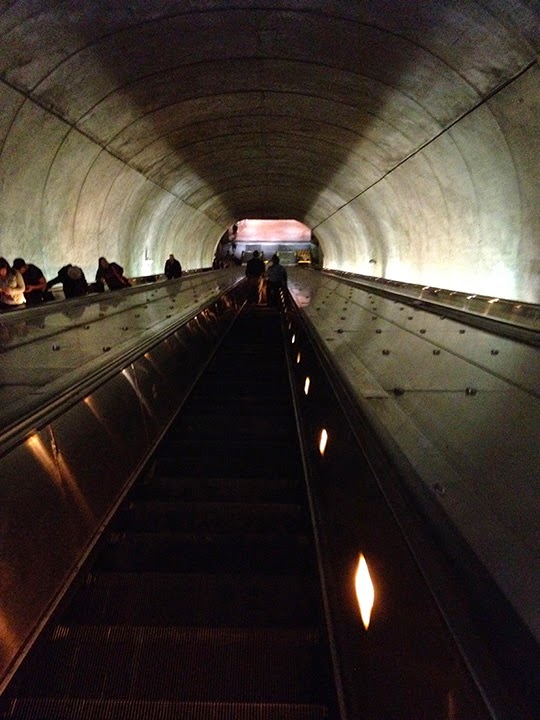 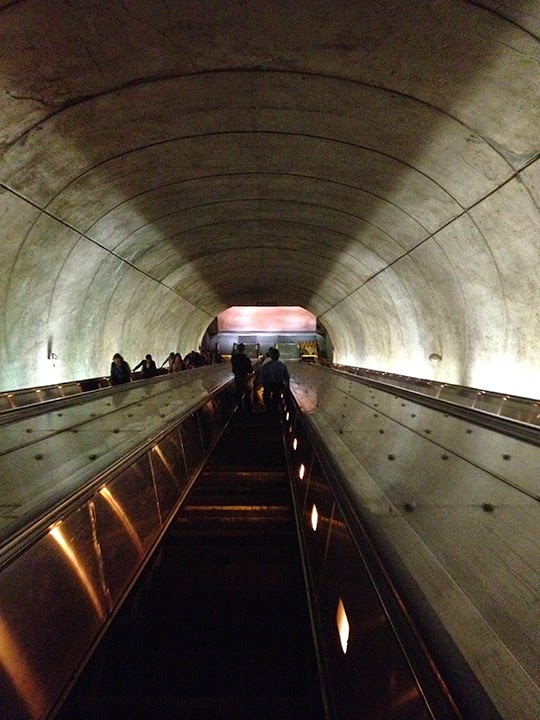 Email ThisBlogThis!Share to TwitterShare to FacebookShare to Pinterest
Labels: Metro