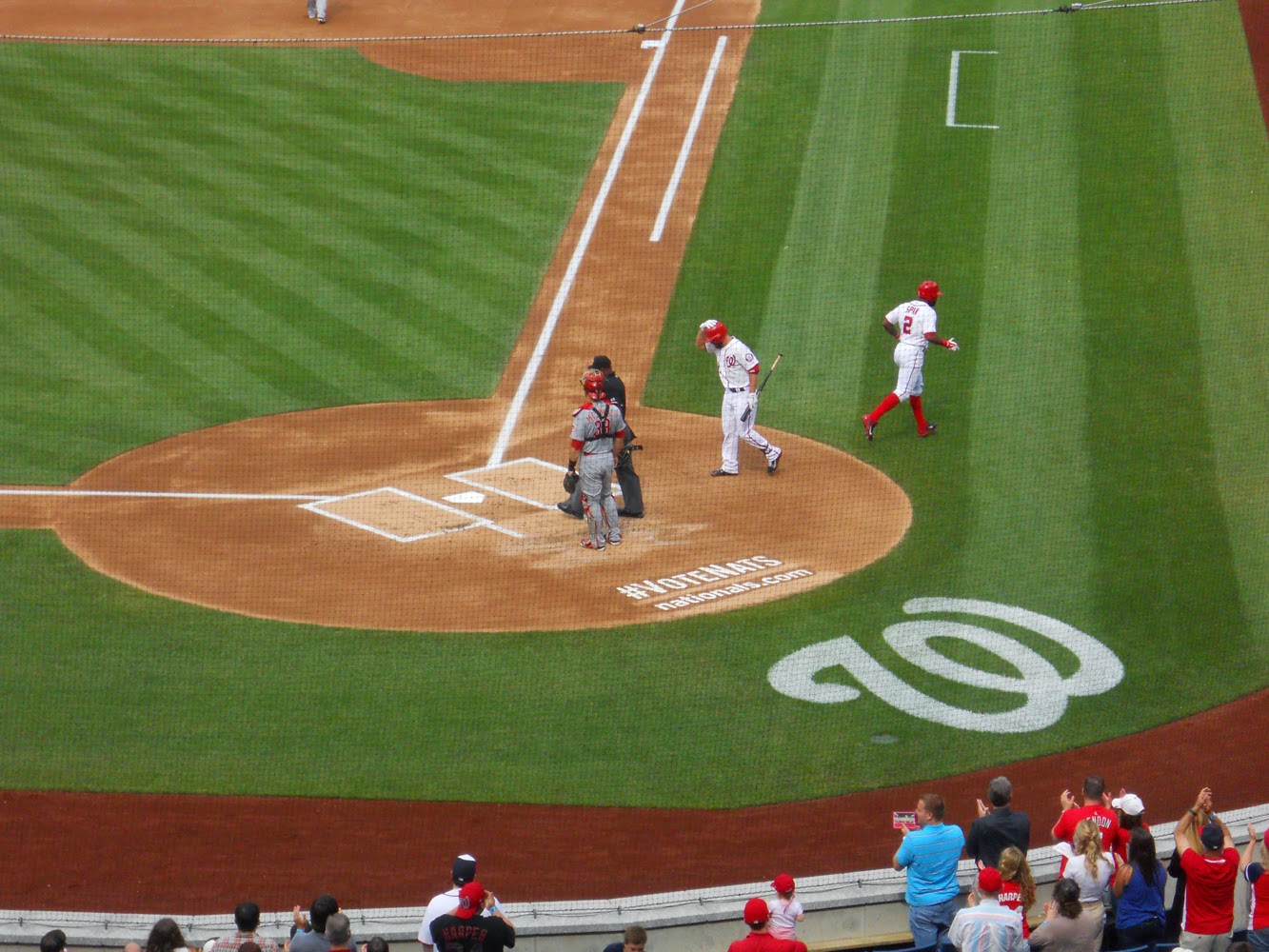 Last night certainly started out great at Nats' Park. The second pitch to Denard Span in the first inning and he hits a home run.

That was the scoring highlight for the Nats. Tanner Roark pitched really well. He allowed just two runs over six innings. Chances for scoring came. The bases were loaded in the second and well I think the Post put it best:

The Nationals threatened to expand their lead in the second, but poor execution and unfortunate timing stymied them. Ian Desmond and Tyler Moore started the inning with singles. After Espinosa popped up, Simon walked Nate McLouth to load the bases with one out. To the plate came Roark. Keeping the bat on his shoulder would have been the optimal strategy. Instead, he dribbled a grounder to second with two strikes, and the Reds turned an inning-ending double play.


They got close again in the eighth. Span was up again and hit the ball to left. It was originally called a catch by the Red’s Billy Hamilton’s diving effort. The Nats challenged and, after review, the call was overturned. Span got as far a third but no one could get him home. The final score was 2-1.

The night show cased the things the Nats can do very well. But also showing the problems that beset them at this time too.

On personal note the guys that sat behind us talked the entire game. Well one guy in particular just could not shut up and did indeed talk the entire game. I learned all sorts of things that were going on in his life that I had absolutely no interesting in knowing. What a blessed relief when during the rain delay they went and got food but unfortunately they came back when played resumed.

Yes, it was a frustrating night.