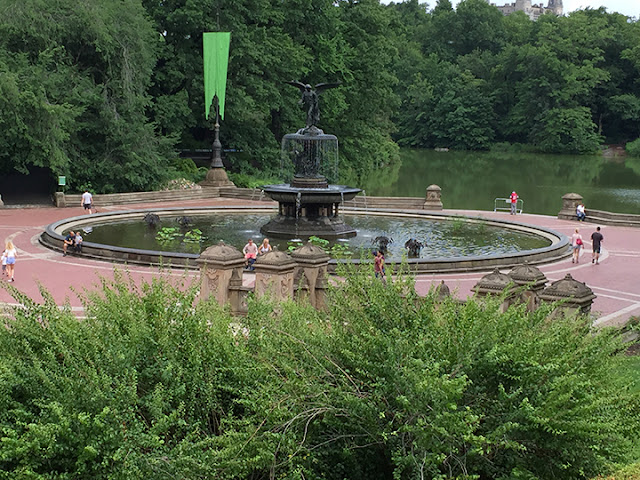 One of the many impressive things to see in Central Park is the Bethesda Fountain.

Here's a little more about it:


The gorgeous focal point of the Bethesda Terrace, the Bethesda Fountain is one of the largest fountains in New York, measuring twenty-six feet high by ninety-six feet wide.

It is one of the most well known fountains in the world, and the statue at its center was the only sculpture to have been commissioned as a part of Central Park's original design.

The angel herself carries a lily in one hand while the other remains outstretched, poised in the action of delivering a blessing on the water pouring from around her feet and into the basin at the bottom of the fountain. This is to commemorate the 1842 opening of the Croton Aqueduct, which supplied New York City with fresh water.


There are also some pictures of the detail on the bridge and what is under the bridge near the fountain as well. Just spectacular. 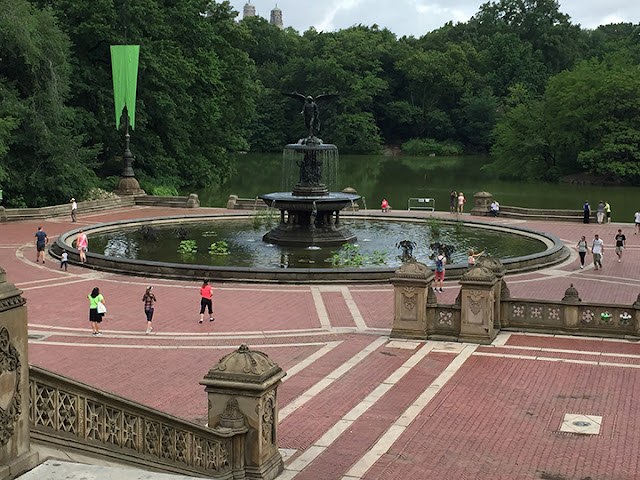 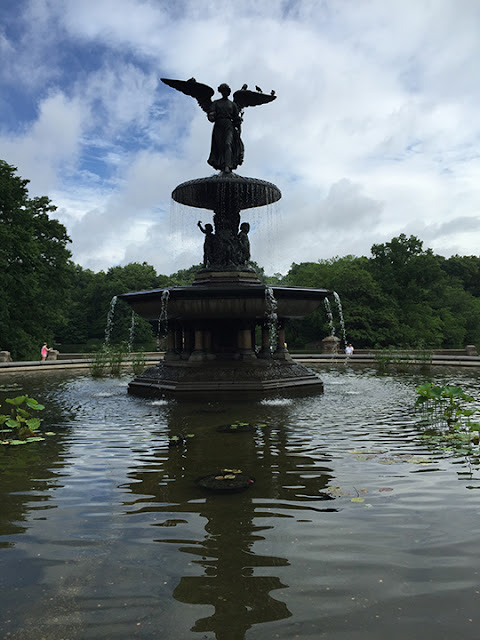 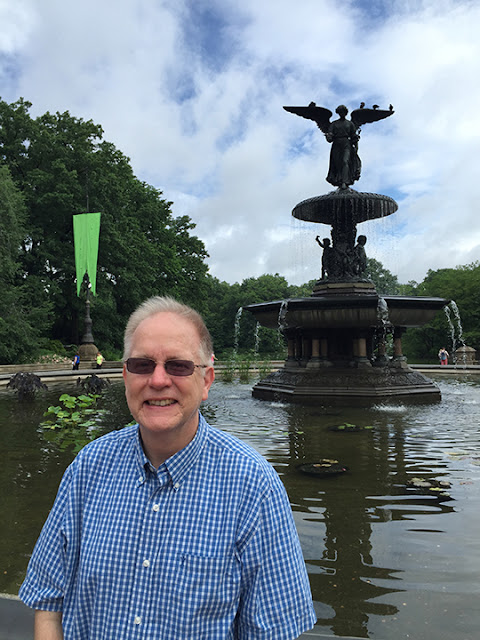 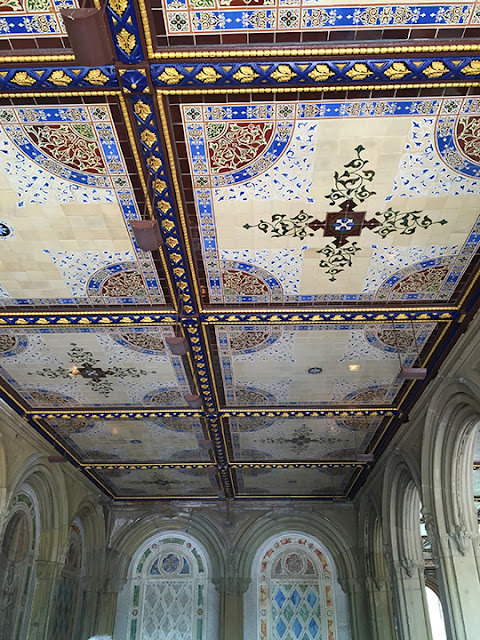 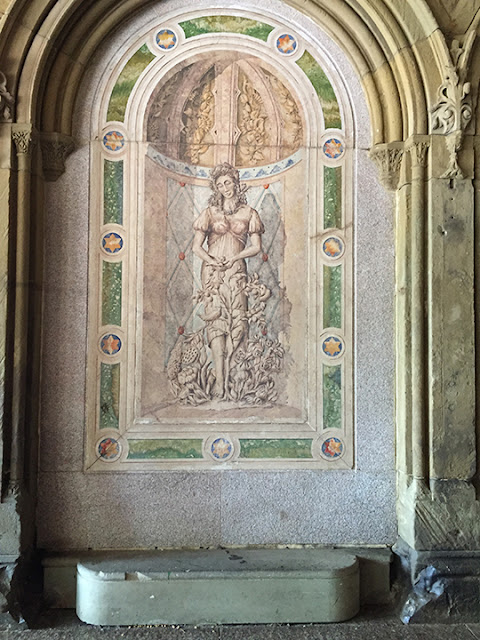 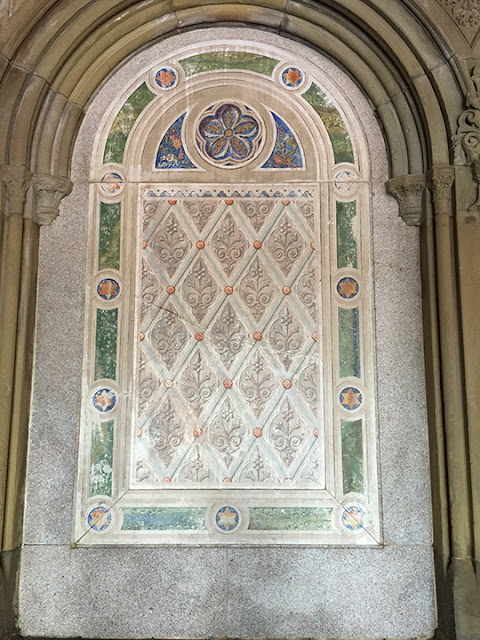