Nats Sweep the Giants with 3-1 Win on Sunday 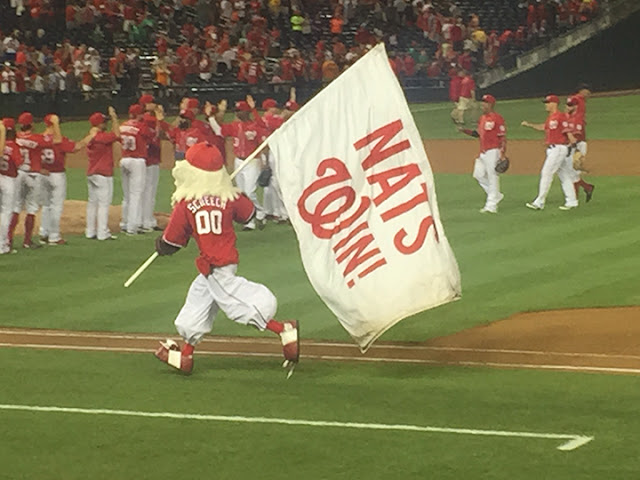 Another exciting game at Nats Park on Sunday.

And another win for the Nationals. And a sweep against the Giants the team that knocked them out of the playoffs last year. Did this sweep make up for it? Did it make up for the 17 inning game in October?


A muggy weekend in early July does not avenge a few chilly October evenings, the memories irrelevant and the outcomes unrelated. Baseball seasons are too long, rosters too fluid and injuries too fickle to allow an autumn grudge to find satisfying resolution in the middle of summer.

But when the Washington Nationals beat the defending World Series champion San Francisco Giants, 3-1, on Sunday night to sweep a Fourth of July weekend series, they stepped forward. With wins in three games played in front of large holiday crowds and national television audiences, the Nationals moved 10 games over .500 for the first time all season — two weeks before they reached that mark on their way to 96 wins last season.

What it does show is the Nats are capable of taking on and winning games against very good teams. Face it that's what the Giants are a very good team. The Nats went up against the cream of the Giants' rotation Peavy, Bumgarner and Vogelsong. The best of the group Bumgarner they got a home run off on the first pitch of the game.

The Nats are banged up to say the least. Strasburg is back on the DL. But with the talent that they have the Nats have been able to string together a series of victories. The Nats have won 11 of their past 14 games.

Zimmermann had not allowed a run in 16 2/3 straight innings before Sunday and had not walked a batter in that time.

Both streaks ended Sunday, through Zimmermann shined again. Brandon Crawford hit a 3-0 fastball out of the park in the fourth to break the scoreless streak. Brandon Belt walked in the sixth, Zimmermann’s first walk in more than 20 innings. That was all the Giants got against him as Zimmermann threw 100 pitches over seven smooth innings. He struck out eight, walked one and scattered three hits to earn the win.

Essentially he had one bad pitch. That was it. The bull pen did their job. Harper continued to be red hot. He got a double in the 8th and eventually scored when Ramos singled him. Ramos also helped put the Nationals up for good in the 6th inning when he hit a home run. A guy sitting behind me said before the at bat that Ramos was due for something big. Sure enough.

In all a great night at the ball park. And it was bobble head night too! 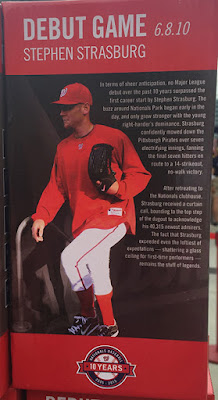