At the Lincoln Memorial 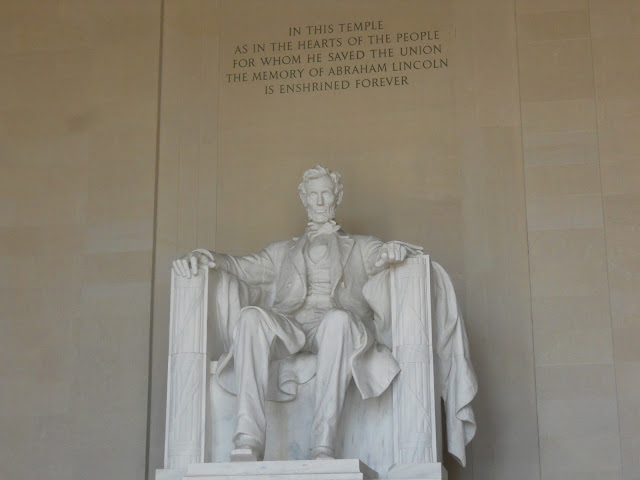 The memorial I like the best. There is just so much to take in at this incredible site. The history is overwhelming.

A little more about the Memorial:


The memorial honors the “Great Emancipator” and 16th President of the United States, Abraham Lincoln. Designed by Henry Bacon in the style of ancient Greek temples, construction began in 1914, with the memorial opening to the public in 1922. Carving of the Lincoln statue took four years and was completed by the Piccirilli brothers under the supervision of the statue’s sculptor, Daniel Chester French. The murals contained on the inside of the memorial were painted by Jules Guerin. Many large gatherings and protests have taken place at this important memorial – Martin Luther King Jr. gave his “I Have a Dream” speech in front of it in 1963. 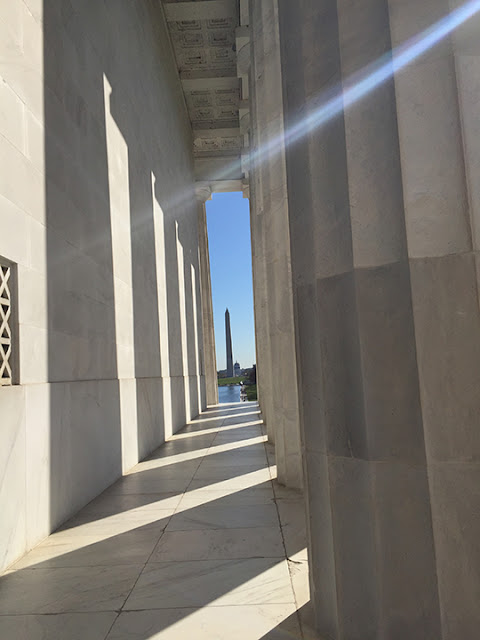