The Tale of Don's Johns 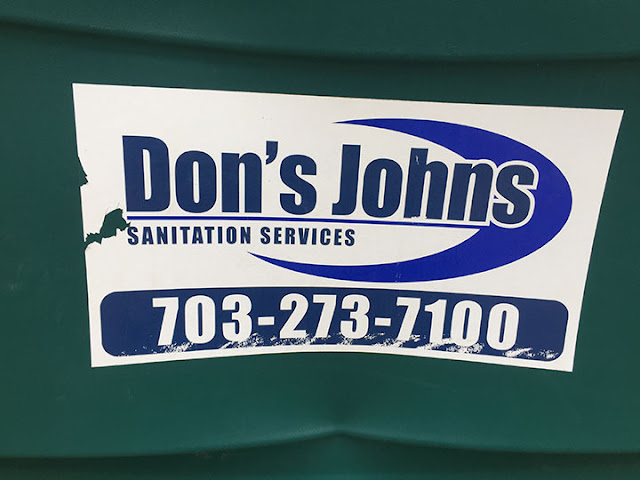 This is from a post I made on Facebook. I thought it was worth repeating on the blog. I also have some additional information on this.

Now this is a funny story about the inaugural. One of the main suppliers of the portable toilets is a company called Don's Johns. It is a local company based in Virginia.

It seems someone or someones don't think this is appropriate in light of Mr. Trump being the next president. So they have taken it upon themselves to go around and are taping over the name of the company.

Yes they've taken blue tape ( it looks like painters) and taped over the name. I saw a story about it on the news the other day.


Since I'm down on the mall today, I decided to check it out. And it turns out to be true as you can see by the pictures below.

Someone has a lot of free time on their hands. 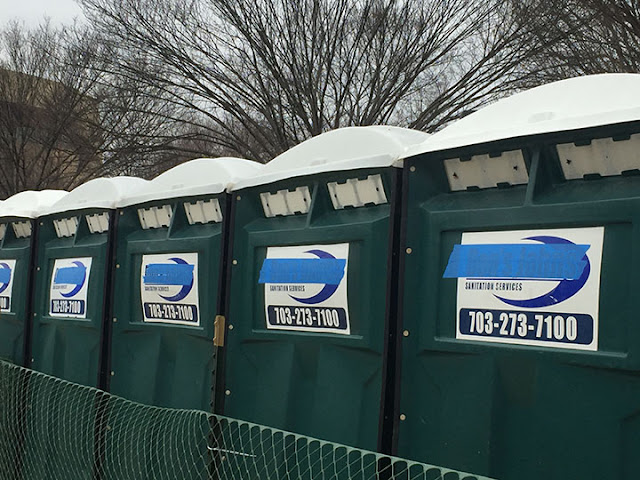 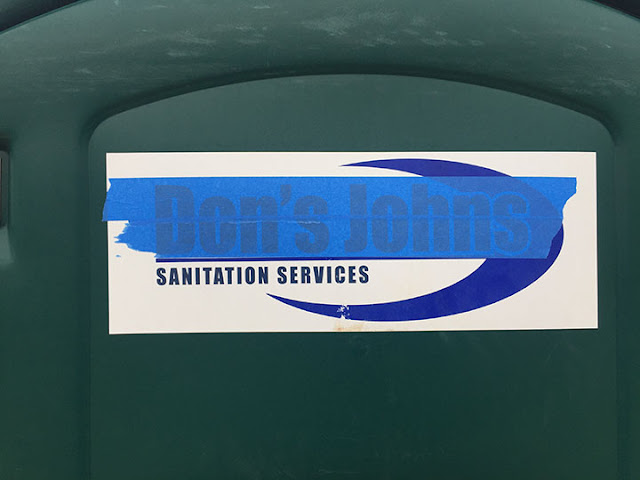 So here's what I found out and a link to a story that tell all about it.

Here's the important part of the story:


Robert Weghorst, chief operating officer for Don’s Johns, said he did not know the logos were covered up until The Associated Press reported on it Friday, lighting up his company switchboard and “blowing up” its social media accounts.

“We don’t know why it’s being done. We didn’t tell someone to do it,” he said in a telephone interview. “We’re proud to have our name on the units.”

A spokesman for the Architect of the Capitol, which oversees the Capitol and its grounds, said the logos were being covered or removed to comply with Capitol grounds restrictions on advertising.

A couple of quick points: I don't ever remember this happening when other events have been held on the Capitol grounds. Also is that some of the johns had the names taped over that were outside of the Capitol grounds. And finally, as someone on Facebook pointed out, the tape really doesn't cover up the sign very well.

Finally each and every one of the johns has a lock on it. Yes a lock so they won't be used until they really have to be. What a fun job to unlock all of those locks. 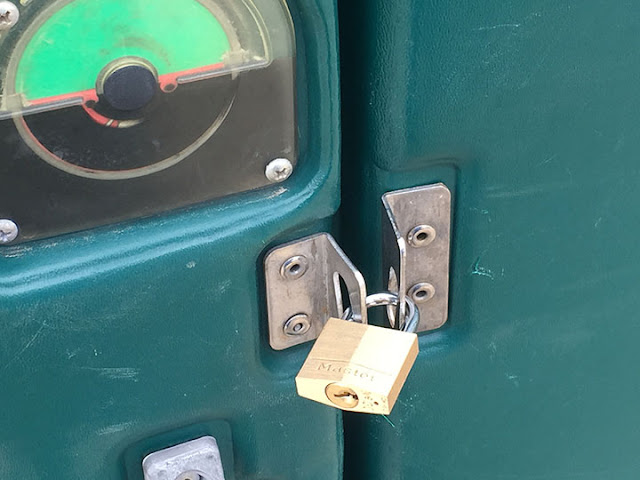