Wednesday it was off to Philadelphia and the King Tutankhamun exhibit at the Franklin Institute.

The drive up was very easy. The Mapquest directions were good. I decided on a change and took 295 almost all the way to Baltimore before diverting around it. I made very good time. Even with a bathroom stop, it took less than three hours to get there.

Independence National Historical Park
My first stop was at the Independence Hall area. There is a huge visitor’s center there along with the National Constitution Center. (I didn’t get to see that. I ran out of time.) I saw the Liberty Bell. I had to go through security for that but strangely didn’t have to for anything else. 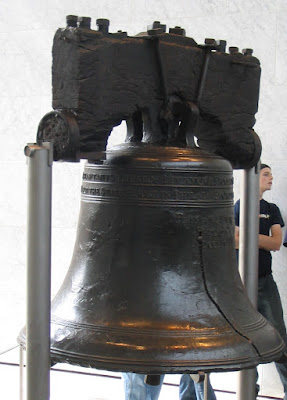 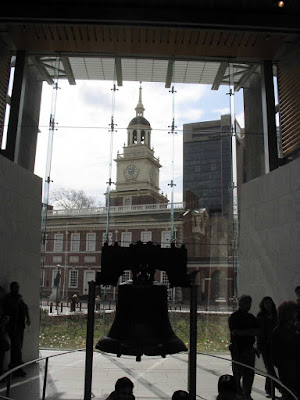 I couldn’t get in to see Independence Hall because the tickets to get in were for late afternoon. I was able to see the outside. 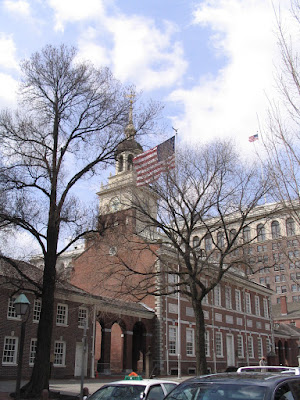 I saw the inside of Carpenter’s Hall where the first Continental Congress met. It was one big room with a fireplace at either end. 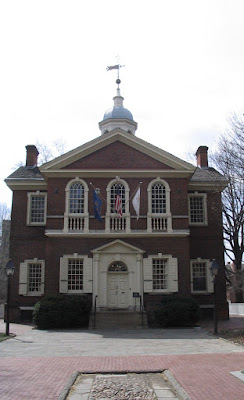 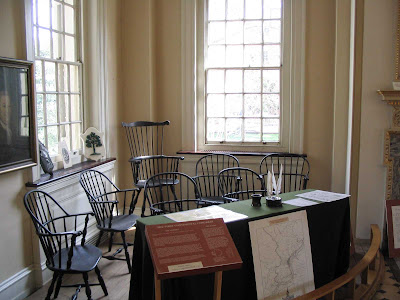 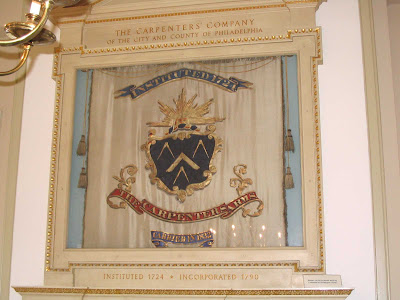 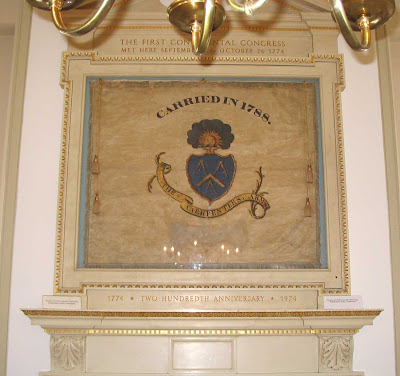 There is also a building devoted to the artifacts that were found while building the Constitution Center. Most of the items came from wells or privies. There were many tables covered with broken pieces of pottery, porcelain and glass. It was a gigantic jig saw puzzle that had to be put together. One of the archeologists associated with the dig came over and talked to me. He said they would probably be there for another three to four years before they were finished. It was very interesting to look around and see what had been pieced together and what remained to be done. 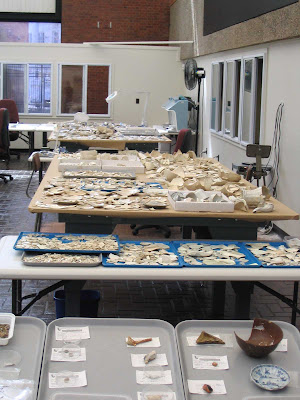 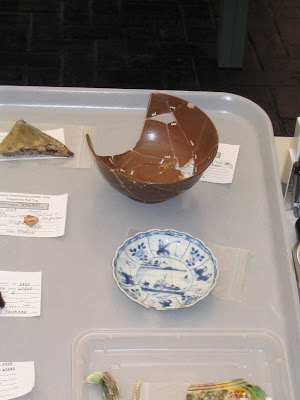 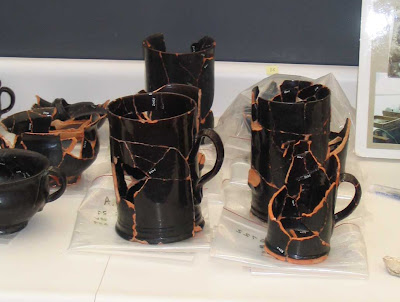 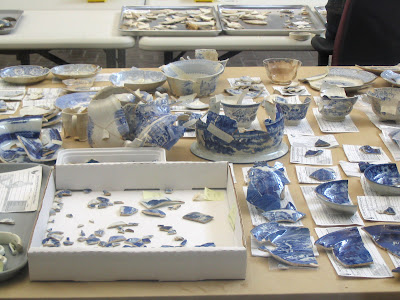 Then it was off to the Franklin Institute to see King Tutankhamun. 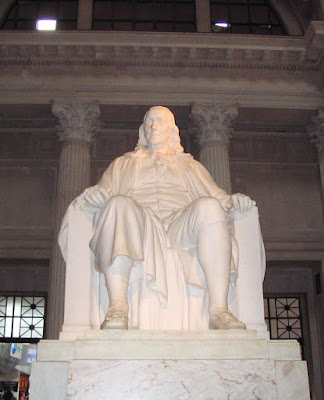 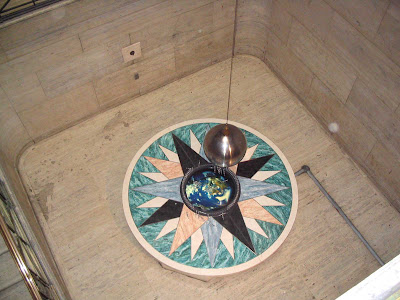 Tutankhamun
The exhibit was absolutely fantastic. This exhibit is different from the one that was here 30 years ago. Then it was the objects from Tut’s tomb. This time around as the exhibit itself is called Tutankhamun and the Golden Age of the Pharaohs. I got the audio tour and it was narrated by Omar Sharif. It added a great deal of additional information to the exhibit.

This time around there were artifacts from the era. Several of them were from the two previous reins. They talked about Tutankhamun’s father Akhenaten who replaced the Egyptian gods with the single god Aten. There is a stunning relief of Akhenaten and his family receiving the rays of the Aten. There is a full golden coffin of Queen Tjuya who could have been Tutankhamun’s grandmother (exactly how everyone is related is a bit murky since pharoses had many wives and sometimes they ended up marring their sisters).

Then came the objects from Tutankhamun’s tomb itself. I don’t know where to start. There are not enough words to describe how incredible, beautiful, fantastic and awe inspiring these objects are. The gilded figures of Tutankhamun wearing the upper and lower crowns of Egypt, torso of Tutankhamun, the golden throne, the scarab, the royal flail, ceremonial mace, the walking stick, ceremonial dagger and sheath, the royal headdress. The list could go on and on.

Here are a couple of things that I thought were just incredible. One was very plain and simple. It was a portable chest with carrying poles. Not in anyway ornate like the other objects. It was rather common in Egypt. However as you read the description it says rather matter of fact that is the only one known to exist.

Another highlight (one of the many in as you might be able to tell) was a canopic coffinette which contained the king’s liver. It was amazing. The detail on both the front and back with the hieroglyphics was an incredible bit of workmanship.

It took me about an hour to go through the whole exhibit. I then spend another 40 minutes going back over the objects I really liked. The chest, the small game board, the oil vessel, a cosmetic jar with a lion on the lid. (The base of the jar was crushing enemies of Egypt.) Finally and very reluctantly, I decided it was time to go.

I think I’m going to need to see it again.

Thoughts on Tutankhamun
The first thing that comes to mind is just how incredible all of the items were in the exhibit. They are unbelievable in their beauty and craftsmanship. The intricate details on the crook and flail, the inlaid broad collar, or the game board. The talent of the creators of these objects is unsurpassed. Words just don’t do them justice.

The other thing to consider is that Tutankhamun was a very minor ruler. He was on the throne for about ten years. One can only imagine what must have been in the tombs of the really great kings Ramses, Amenhotep or Tuthmosis. I think I need to get some books on ancient Egypt to read.

It also blows my mind to think that just about everything in that room was over 3,400 years old.

One final thought the Egyptians believed that to speak the name of the pharaoh meant that he would live forever and King Tutankhamun certainly has done that.

Here is a great place to go to get more information on the exhibit.
Posted by Jason in DC at 12:35 PM

I remember being amazed by the Tut exhibit that came through Chicago many moons ago, so I can imagine how good this one must've been.

I'm sure the last time I saw the Liberty Bell it was inside Independence Hall, but there weren't any tickets or waiting time back then. Okay, so that was even more moons ago, but I just think it's interesting how much has changed.

It was interesting what didn't come with the exhibit. The death mask to name one thing. But it was still amazing.

As for the rest of Philly I need to go up and stay over night so I get a chance to see more of it.

I think if I see Tut again that will be the plan.