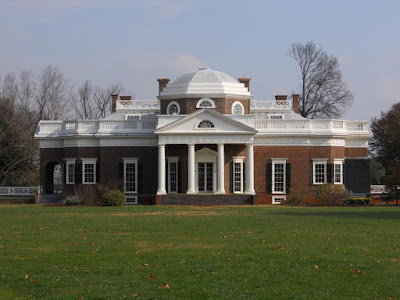 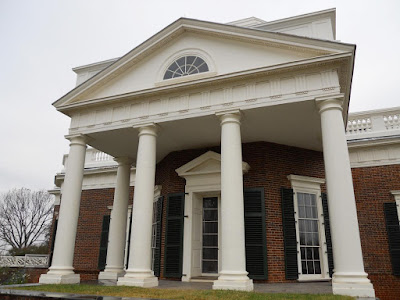 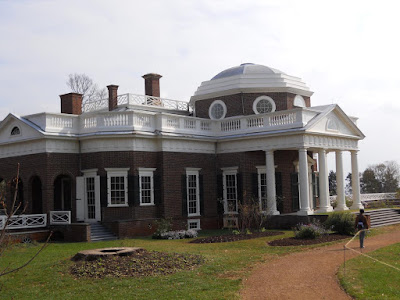 Our house tour was at noon. The weather started to get better then. The rain stopped and the clouds began to part.

In the house tour, you can't take any pictures. This is because some of the pieces in the first floor are from private collections.

We had a young and very enthusiastic tour guide. He was very good. He had a loud booming voice and you tell loved his job. Just like the first guy, he was more than willing to have people ask questions about any part of Jefferson's life. He was more than happy to talk about slavery or Sally Hemmings or whatever other subject that was brought up.

I asked him after the tour how he got started. He said it was strange for a guide to be so young since the vast majority were older. Many even retired. He said he was majoring in philosophy but a little bored with it and took up history. He said he got a summer internship during college at Monticello. After he graduated, it seemed the logical thing to do get a full time job.