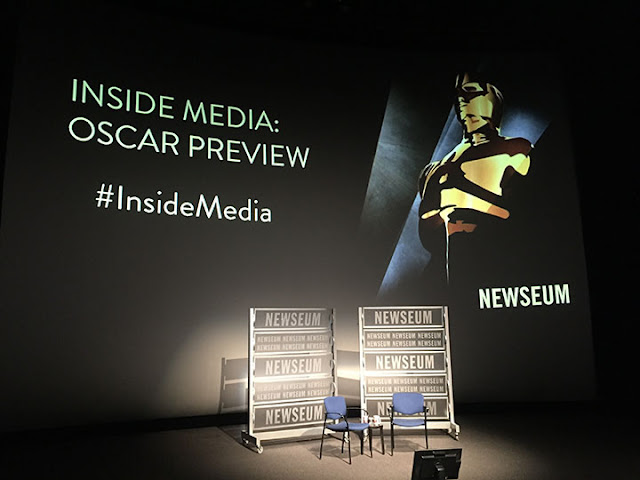 Another wonderful Oscar program at the Newseum with Ann Hornaday of the Post. This is my fifth year going. It is always interesting to listen to her insights on movies. And her predictions of who will win the major awards.

This year there was talk about the lack of diversity in the nominees. She said that's due in part who makes up the members of the academy. Older and of course much more white the general public.


The fact is that the kind of crossover filmgoing that African Americans have had to engage in for practically a century represents a existential bridge too far for white filmgoers who are accustomed to being the cultural standard (and who have the luxury of tuning out on the rare occasion when they’re not). At the Oscars, this assumption has taken a subtle form of condescension in the name of “diversity” that perpetuates black protagonists as the often subservient “other” and not the norm. With a few very welcome exceptions, when the Academy has recognized an African American film or performance, it’s been for a project that was explicitly about racism and race relations and usually a historical period piece, rather than a present-day thriller, love story or drama that happened to feature mostly black people.


She adds in the article and expanded on this in her talk:


Just as culturally fluent filmmakers know that blinkered homogeneity is commercial and artistic death, culturally literate viewers don’t need to see someone who looks exactly like them on screen in order to relate, escape, identify or simply be entertained. Filmgoers who see crossing over as a bridge too far aren’t just depriving themselves of the riches to be discovered on the other side. They risk being left behind when the entire structure comes crashing down.

During the Q&A, I asked if she thought going to up to ten nominees for best picture was worked. My point was the reason behind this was this move was touted by the Academy as a way for small films to get nominated along with blockbusters too. I said it doesn't seem to have worked that way. She agreed with me up to this year. When she pointed out that several of the best picture nominees had done very well at the box office. She thought maybe this year will start changing that.

On another topic, she was asked about Star Wars by the moderator. She said she really liked it. The film didn't take many risks. But she added it brought the franchise back to were it was originally. SHe like the new characters even BB8 which she thought was cute. She thought the next film was the one where things would start taking off.

In all a fun afternoon at the Newseum. 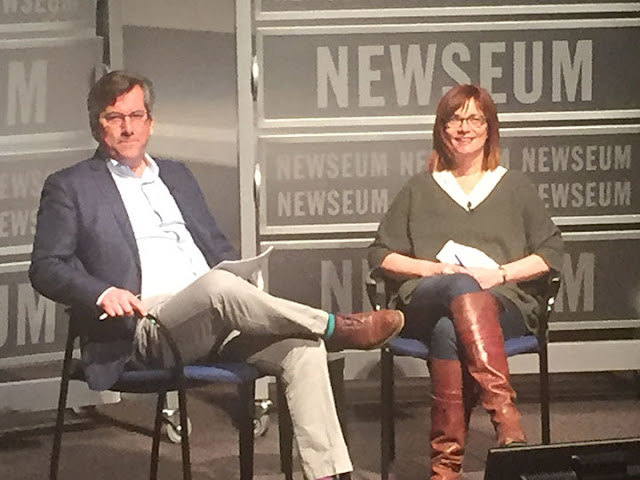 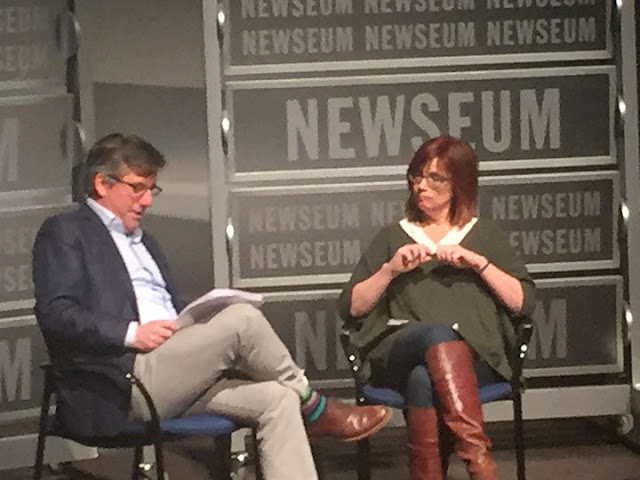