Blogging Interrupted Due to Death of my Computer

I tried extraordinary measures to try and revive it but alas to no avail. It succumbed mid morning yesterday.

I went to the Apple store in Georgetown and looked at new machines. Brand new models had actually just come out. So the previous version was on sale for $200 off. But it was from late 2015 and I thought better to spend the money and get a brand new one.

I wanted to get 16 GIG of memory but if you buy the machine in the store they don't add any extra memory. If I bought it on line I wouldn't get the machine for a week and a half. That was too long to wait.

So I decided I would go in this morning and buy a new one. I found out that the Apple store opened at 9am (most stores in Georgetown open at 10). I was in and out in about twenty minutes. Got back to my house a little after 10.

My main concern was if the backups that I had created using Time Machine would actually be restored to the new machine.

I set the new machine up. It walks you through the steps you need to take. At one point it asks if you want to recover files from a backup. And off it went. It took a couple of hours to transfer everything but I had no problems.

It looks like everything was transferred over even my book marks for Firefox (I'd been told at the Apple store that that would not happen).

Now I have to make sure the most recent versions of the software have been uploaded. Also looks like I'll have to buy office again since I can't find the key code that came with the original version that I got. But as I recall this was some sort of a deal and only cost like $25.

There is a lot to catch up on.

Oh the computer is Linus and Charlie approved 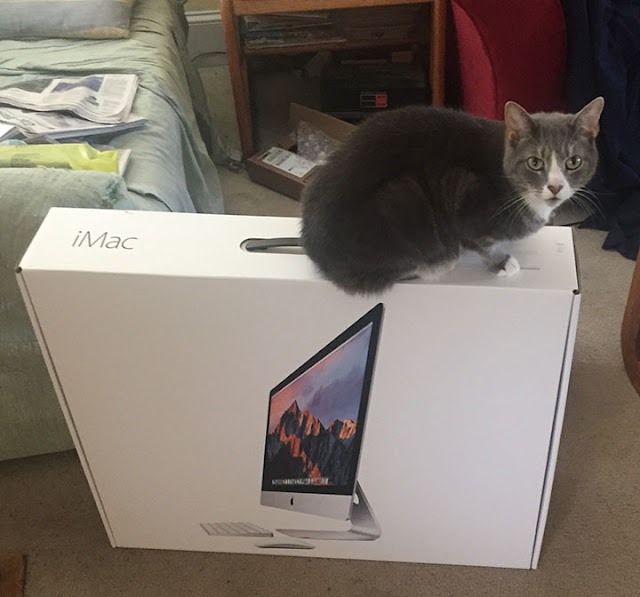 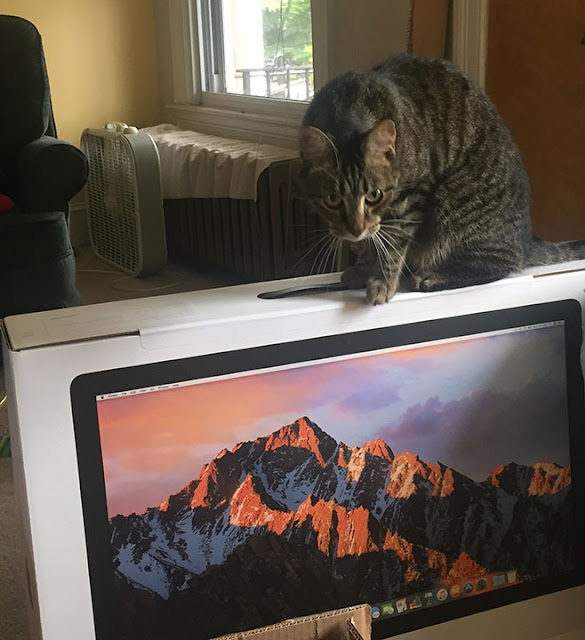 Thanks so much. I was surprised and relieved at how easy it was to set up.