Linus and Charlie having Fun 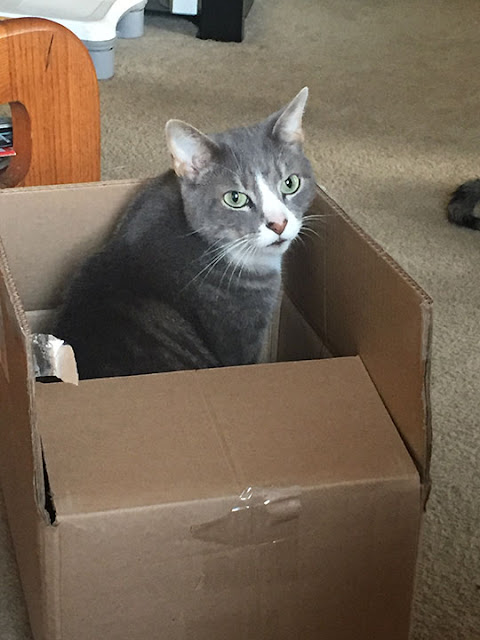 Charlie has been having tummy problems. And has been vomiting on a fairly regular basis. Well at least he was. It does say something about your day when the highlight is to come home and find out your cat has NOT barfed all over the place.

I took him to the vet a couple of time which was a task in and of itself. He actually did pretty well. The second time they made something for me to give him that would knock him out. It was a liquid. Actually a compound the pharmacy that filled the order called me up and asked what flavor I would like it in fish or chicken.

I did get Charlie to take some of it but most of it ended up on the side of his mouth. It was just enough to make him a little drowsy so they could draw blood. Everything looked fine. So we are monitoring him. It was also recommended to give him some new food. The food is not cheap. It's around $40 for a 9 pound bag. I will be using it sparingly and am going to see if I can find a sensitive stomach food that comes close to matching this.

The food was shipped to me and so the guys played in the box. Charlie is also really happy with the new scratching pad that I got. 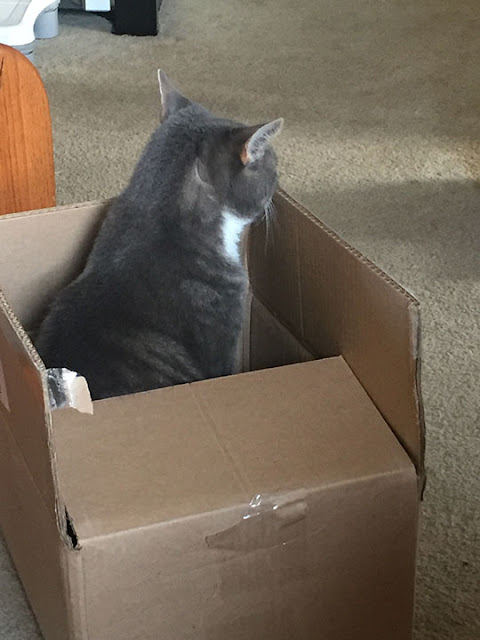 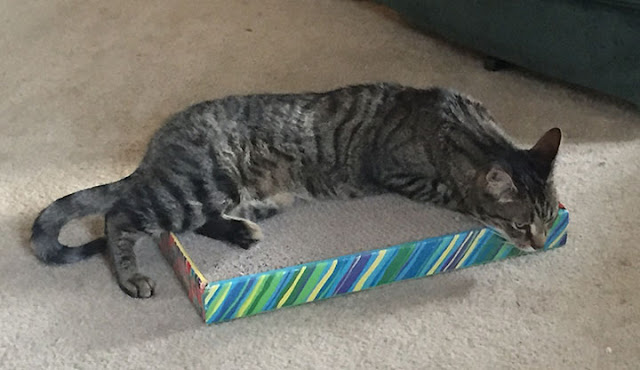 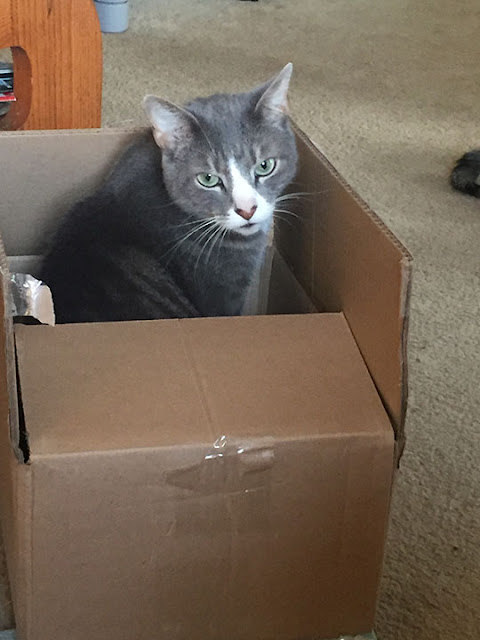