Saturday the Nats Pummeled the Reds 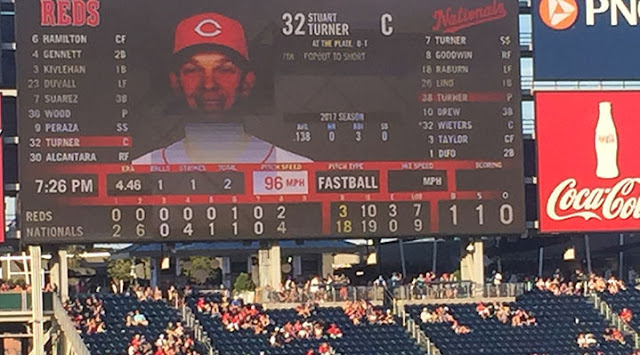 I think this is the highest scoring game I've ever been to, 18-3.

I could have been even higher if a ball had gone five feet further in the 8th. It would have been a grand slam and the score would have been 20-3. Instead only one run scored making it 17-3. One more was added before the end of the inning.

The Nats loaded the bases on a couple of occasions. But more important they just scored. There were only two innings when the Nats did not score runs. By the end of the second it was 8-0. The run tally just built from there.


Saturday’s game had progressed all the way to the bottom of the second inning when Anthony Rendon slid safely over home plate in a dirt-soaked flourish, the eighth run the Washington Nationals had scored, the Cincinnati Reds all but vanquished.

The Nationals pummeled Reds starter Homer Bailey for eight runs in 1⅔ innings. Bailey was making his 2017 debut after missing the first three months with injury. His ERA is 43.20.

Ryan Zimmerman drove in the first two runs with a double in the first. The most stunning thing about Zimmerman’s season to date is not that he is producing like an elite offensive first baseman (he has shown himself capable of doing that), but rather his wholehearted aversion to the streakiness that accompanied that production for most of his career.

He entered this weekend series 5 for his past 30, headed for a cool spell, if not a total polar vortex. But by the time he hit the line drive to right-center to put the Nationals ahead, he was 3 for 6 in this series against the Reds. At game’s end he was third in baseball with 59 RBI in 67 games.


A really great way to spend a Saturday afternoon and early evening. 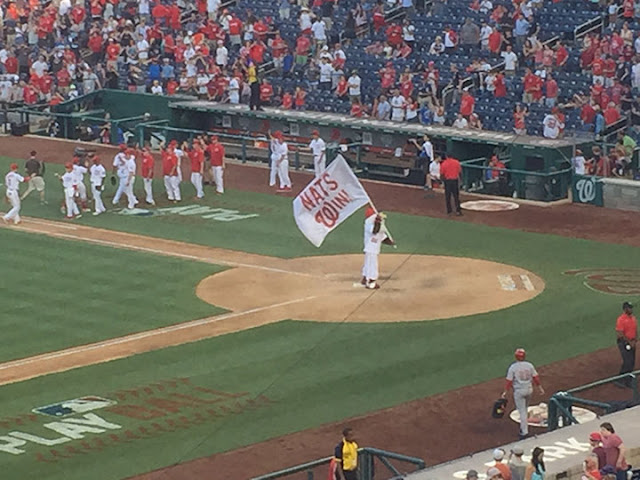 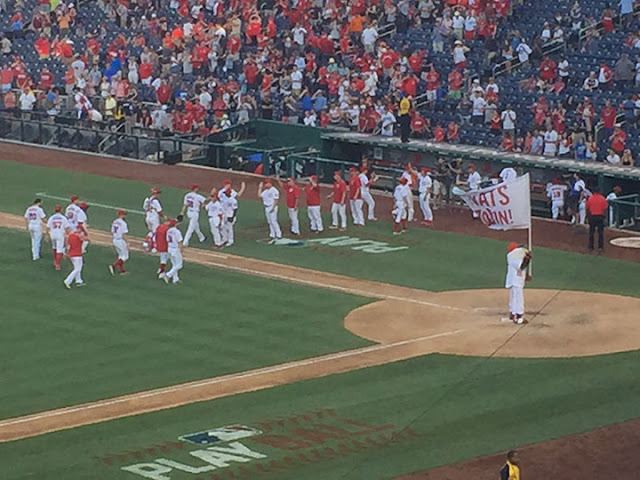