Keeping up with posts
I have to say I’ve not been doing very well with this. The review of the photos of Washington book is a perfect example. I’m trying to come up with a better routine for posts. I’m thinking of putting aside Tuesday nights to work on posts like the review.

The other really bad example is how long it’s taken to post video from my trip to England. I’ve had the new computer since last fall and it’s taken me this long to get video up of the trip. I hope to have three or four more up about the trip. Including a great jazz band that performed in Bath.

I’m also digging out my list of places I haven’t been to in DC. I think I’m going to try and do a video journal of visiting them.

Speed Humps
Several Fridays ago I took the day off. When I was doing some work around the house there was all of a sudden the sound of a jack hammer. I looked out the window and saw that the street was blocked off and some sort of road work was going on. I didn’t pay a great deal of attention to what they were doing I was more concerned about when the street would open up because I was going to go and have lunch with someone. later that weekend I noticed what they’d been up to. Here’s an example of the humps that have been installed on my street. 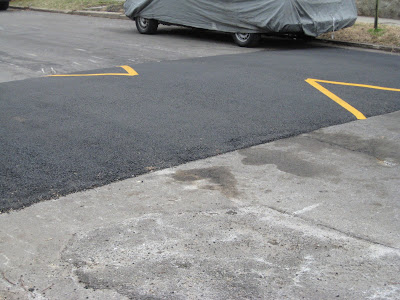 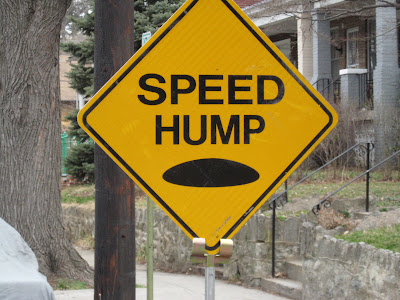 Mowing the Grass
I have to say I hate doing this. I don’t have very much and it doesn’t take all that long but it’s just long enough to be a pain. This last weekend I was finally able to get to it. I’m going to have to do it again because it was so long. I have a push mower which only works ok. I’ve used a weed whacker but I have a problem with getting the cord right. In the end it’s just easier to use the mower even if it doesn’t work all that well.

One other point about mowing. I live in a row house. So I share a small front yard with another person. The problem is that this person rarely does anything to the front lawn. They go in and out of their house through the back where they park their car. Maybe three times a year, usually around the holidays, does this person do anything to the front lawn. All the other times I take care of it. And when I say I take care of it I mean I take care of both of our halves. When this person does the front they only do their half. So this year I’m not going to do their half. I’m going to do like two-thirds of it and leave the rest for them to do. The area right by the house I’ll do all of. One year I left their half of this and this huge weed sprung up. By the time they finally did something about it, it must have been like six feet tall and a real eye sore.
Posted by Jason in DC at 5:51 PM

Email ThisBlogThis!Share to TwitterShare to FacebookShare to Pinterest
Labels: Odds and ends