Nationals Sweep the Marlins — What an Amazing Day at Nats Park

In what can only be called picture perfect baseball weather a bright sunny warm early spring afternoon, the Nationals completely dominated the Marlins in a 7-1 victory. This was Mark's and I first time in our new season ticket seats and they were great. In fact everything was great.

Stephen Strasburg pitched a near perfect game. As the Post put it:

Stephen Strasburg has been more bluntly impressive and produced gaudier statistics than he did Thursday at Nationals Park on a chamber-of-commerce afternoon. But rarely, if ever, has Strasburg been more essential to his team, more assured in his mind-set and more artistic in his craft.

Powered by an obscene change-up and a precise fastball and unbothered by miscues behind him, Strasburg carried the Washington Nationals to 7-1 sweep-sealing victory over the Miami Marlins. Strasburg struck out 12 and yielded one run on three hits in 62 / 3 innings, his first win of the season coming one day after the Nationals’ bullpen exhausted itself for 71 / 3 innings. He dashed any remaining question about diminished velocity with 96-mph aspirin tablets, and he steamrolled ahead after two errors.


As important as Strasburg's domination throughout the game was his calm throughout the game. In the past, Strasburg has gotten rattled when things get a little off track. This happened in the game against Atlanta with Ryan Zimmerman's error. I was concerned in the fifth inning when Ian Desmond made an error with two out. I thought oh no how will Strasburg handle this. But he had no problem. He struck out the next batter. He had a similar reaction when he gave up a home run in the seventh. But again he immediately settled down.

As for the offense, it did not fail Strasburg as it sometimes did last year. Jayson Werth started it off in the second with a home run. I guess he was still pumped up from his grand slam from the night before. Then in the eighth inning the bases were loaded. Up comes Bryce Harper (who seems to be slowly coming out of his slump), he's walked and in comes a run. Now the score is 3-1. Ian Desmond came up next. Mark says to me Desmond really needs to do something here. As if on cue, on the next pitch, Desmond blasts a grand slam.

The Nationals win the game 7-1. What a fantastic day at the ball park. 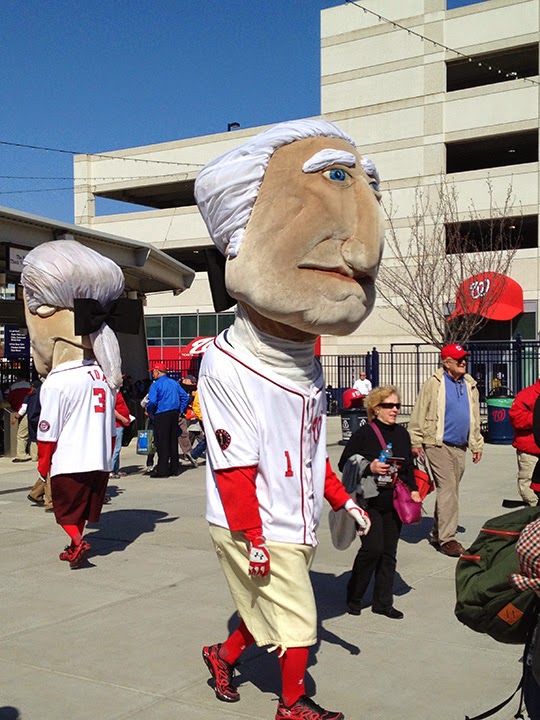 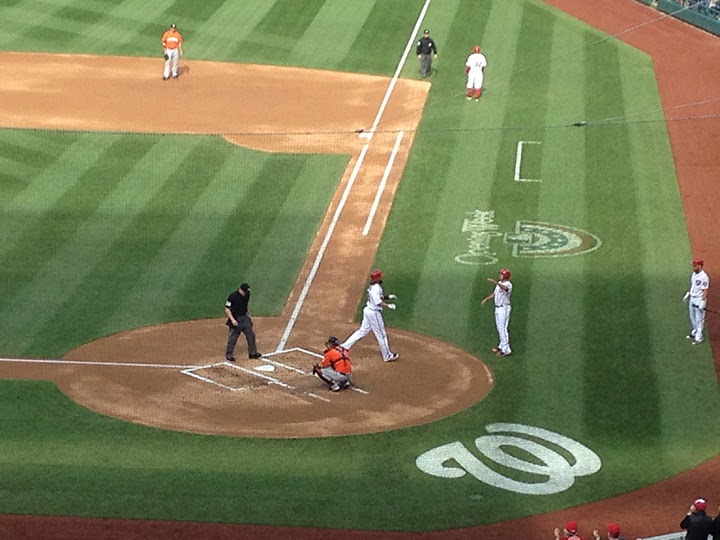 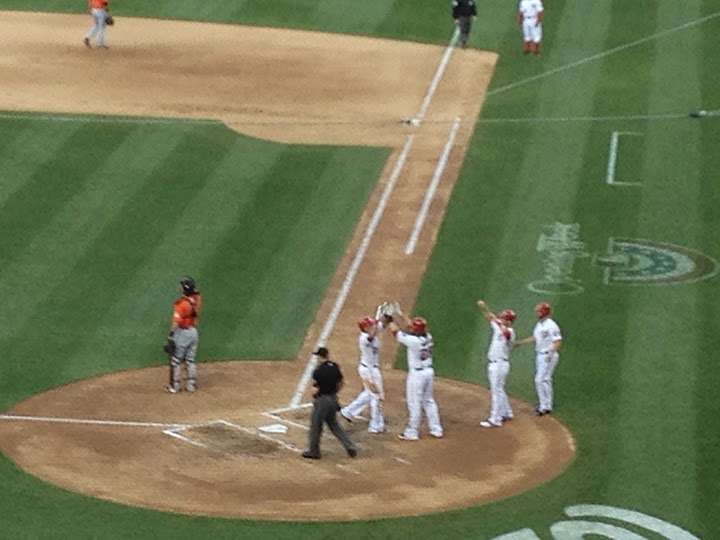 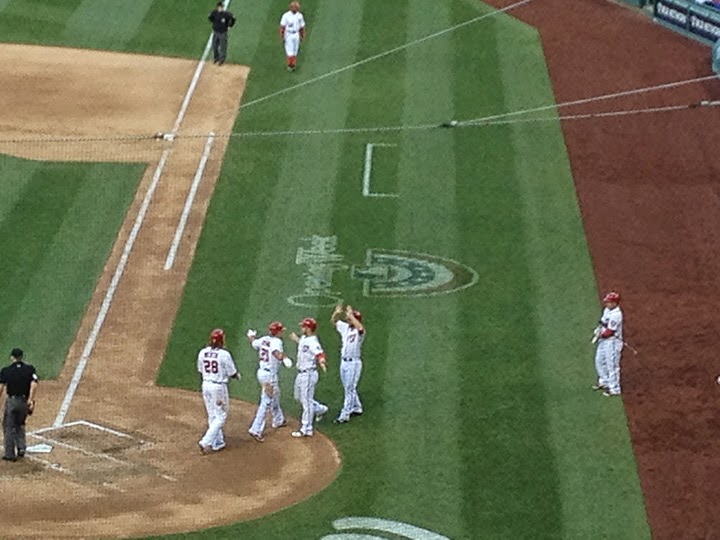