I will say it was fun to be part of history last night. But it was history at the expense of the Nationals.

The ball scorched off Albert Pujols’s bat, and the Washington Nationals’ varied problems ceded briefly to history. Their slipshod defense, their propensity for early deficits, a suddenly slumping offense and a rotation that may be in flux faded as Pujols’s teammates streamed from the Nationals Park visitors’ dugout and marched to the plate. As Pujols stepped on home plate, he pointed both index fingers to the sky.


After his first home run, number 499, in the first inning(which put the Nats in a 4-0 hole), Pujols came up to bat again in the 5th inning. I thought to myself it would be kind of neat to see him hit number 500. (As I found out later only 26 players have ever reached this achievement.) Once he hit the ball I knew it was something amazing to see. I’m very glad I was there. I’m also very pleased with the way the Nationals’ fan handled the situation. As the Angels bench emptied to congratulate Pujols the crowd at the park rose for a standing ovation. They kept clapping until Pujols came out for a curtain call. That was one very classy thing to do.

That’s about all that was classy about this game. I think it can be best summed up by a couple of examples. The game ends with Bryce Harper striking out. There are not one but two errors. The Nats have more errors than the total number of games they’ve played so far. Also the highest number of errors in all of baseball right now. The bases were loaded no outs. Jayson Werth hits into a double play. One run does score but well they should have gotten more.

That is what the season has been like so far. As a friend at the gym said to me when I told him I was going to the game I wonder which Nationals’ team will show up. Unfortunately it was the error prone, give up too many runs too early, unable to score version of the team.

It is still early in the season. As everyone says there is plenty of time. But plenty of time can run out rather quickly and morph into too little too late. The problems, especially the number of errors, must be solved now.

But again I was glad to be there when history was made. 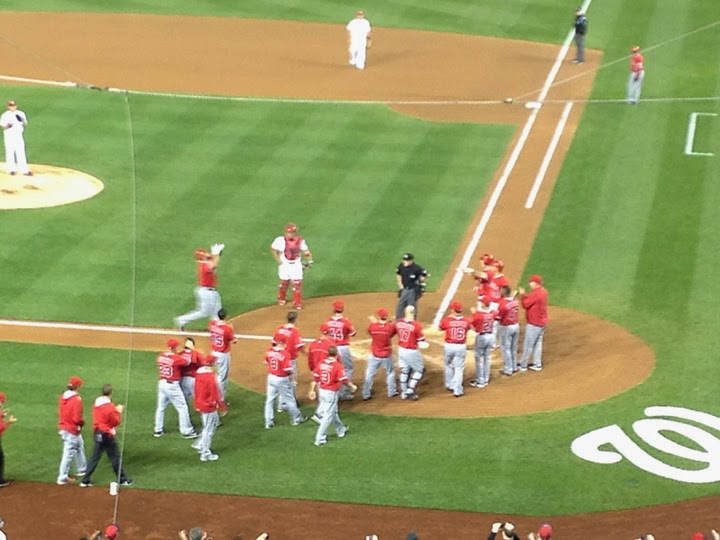 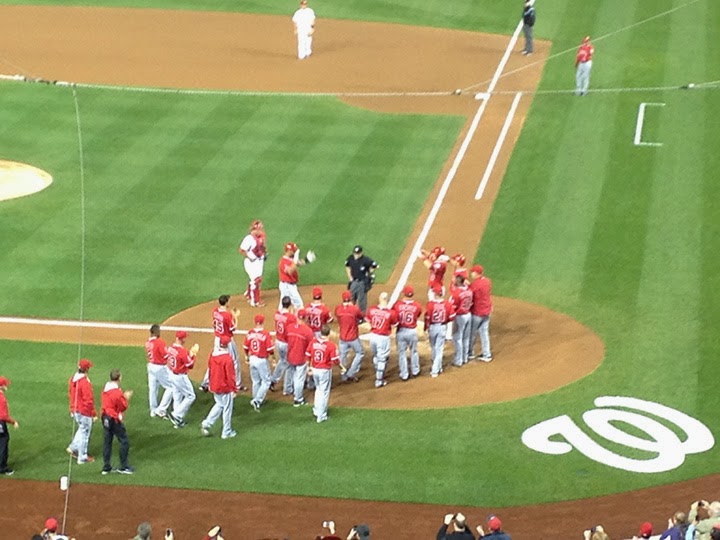