The second battle of Bull Run (or second battle of Manassas) was also a victory for the Confederates. In July, 1862, the Union Army of Virginia under Gen. John Pope threatened the town of Gordonsville, a railroad junction between Richmond and the Shenandoah valley. Gen. Robert E. Lee sent Stonewall Jackson to protect the town, and on Aug. 9, 1862, Jackson defeated Nathaniel Banks's corps, the vanguard of Pope's army, in the battle of Cedar Mt. (or Cedar Run). When Gen. George McClellan's army was gradually withdrawn from Harrison's Landing on the James River (where it had remained after the Seven Days battles) to reinforce Pope, Lee concentrated his whole army at Gordonsville. He planned to strike before Pope could be reinforced. Pope withdrew to the north side of the Rappahannock River. Lee followed to the south side and on Aug. 25 boldly divided his army. By Aug. 28, Jackson had marched to the Union right and rear, destroyed Union communications and supplies, and stationed his troops just west of the first Bull Run battlefield, where he awaited the arrival of James Longstreet with the rest of Lee's army. Pope was attacking Jackson when Longstreet came up on Aug. 29. The attack was repulsed, but Pope, mistaking a re-formation of Jackson's lines for a retreat, renewed it the next day. After the Union troops were again driven back, Lee ordered Longstreet to counterattack. Longstreet, supported by Jackson, swept Pope from the field. The Union forces retreated across Bull Run, badly defeated. Lee's pursuit ended at Chantilly, where the Union forces stopped Jackson on Sept. 1, 1862. Pope then withdrew to Washington.

Here's great site to go to to a more detailed account of the second battle.

The second picture is of the stone house that was used as field hospital during both battles. 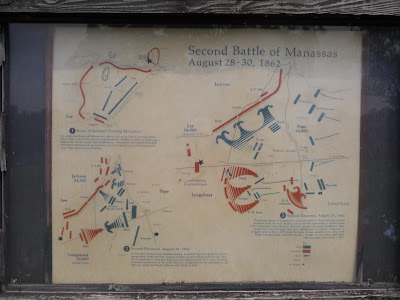 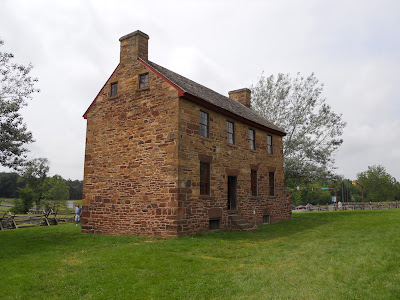 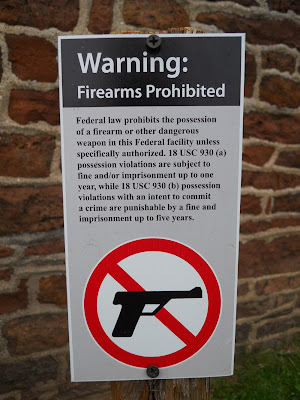 I have found great ideas for your blog. It's really a source of inspiration. I congratulate you and send my greatest congratulations. It's a real pleasure to read you