This battle was fought near Springfield, Missouri where my dad, Ed and Jennifer live.

They've had several days of reenactments of the battle. Here are a couple of links to stories and picture of those events. Re-enactors gather to capture Civil War moment and 'Keep the love of history alive for the future'

Here's some information on the battle:

Wilson's Creek was the first major Civil War battle fought west of the Mississippi River, and the scene of the death of Nathaniel Lyon, the first Union general killed in combat. Although a Southern victory, the Southerners failed to capitalize on their success. With the exception of the vegetation, the field has changed little and remains in near pristine condition.

Around 18,000 men were involved on both sides. Total casualties was in the area of 2,500 men that included killed, wounded and missing. This was the high water mark for the Confederacy where Missouri was concerned. Although there was a formal declaration of secession, the secessionists were never able to establish control over much more than southwestern Missouri including the area around Springfield. A few months after Wilson's Creek was the Battle of Springfield set in motion the events that forced the secessionist state government out of Missouri for good.

Below are some pictures that my brother took at the reenactment on Friday. 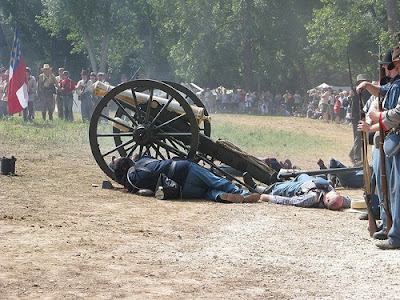 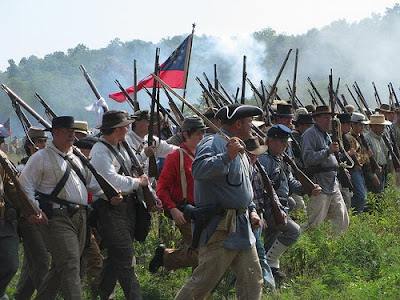 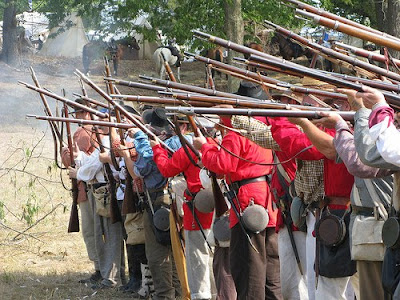 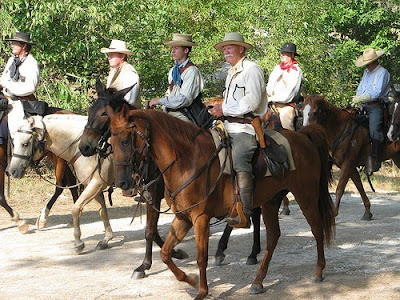