Rhode Island Row continues to develop. It looks like there are starting on the last major set of buildings that will be part of the complex.

There has also been a major upgrade to their web site. There are now floor plans available to the various units that will be offered. They range from 1 bedroom/one bath to a three bedroom/three baths. You don't get a sense of the dimension of any of the rooms. A list of amenities offered in the apartments: a pool, grilling area, 24-hour fitness center and garage parking.

According to an article in Urban Turf:

UrbanTurf recently spoke to Vicki Davis, president of Urban-Atlantic, who is developing the Rhode Island Row project, a large mixed-use project at 919 Rhode Island Avenue NE next to the Red Line station. Davis said that starting in October, the first of the project’s 274 rental units will be ready for occupancy, and that potential tenants will be able to start looking at apartments in mid-August.

I'm a little concerned about what this going to do to traffic especially when attempting to get in and out of the Home Depot/Giant parking lot. I think this could be a potential problem especially in the spring when everyone is going to Home Depot for spring plants.

It seems the retail space won't be available until sometime next year:

The two buildings will also have 70,000 square feet of retail between them, although the first establishments won’t open until next March. For now, Urban-Atlantic is staying mum about potential tenants, waiting to make an announcement about retail offerings until the end of the year. 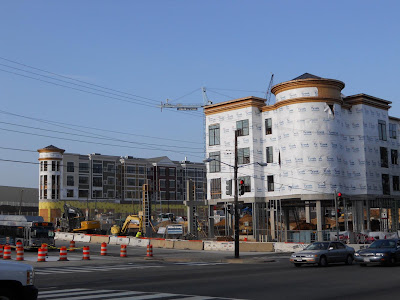 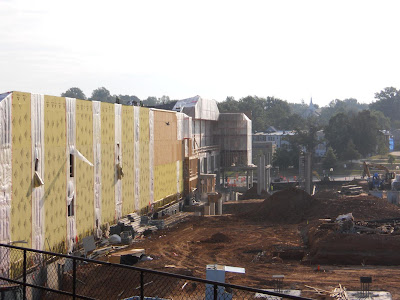 The tempreture of the tropical area is as high as 24, the humidity is almost 100%. There are numerous trees and various attractive little creatures, which will make your wholesale wedding dresses distinctive than others.

The garder Alex Rubel tells us that there have been held three Flower girl dresses in the rainforest, there are still many new people booking their wedding here. Everyone want to have a speacil memory in the forest, they have expect the Wedding Jackets in a different area to have a special experience.
People like close to nature, Top Organza Wedding Dress which made the rainforest becomes an excellent place to get married. The rainforest are not boring at all, you can close to various animals.

Actully, the level of closing to animals has left the Lace wedding dresses
of curious of the local “residents”. For they always go to inspect when there are cocktail parties. A fox go to attend the first wedding here which made the wedding interesting, and everyone like it very much. So why not try to have your Halter Wedding Dresses
in the tropical rainforest and leave a special memory in your life.
In regards to currently trend of wedding ceremony, in addition to Tropical Wedding, let’s take Switzerland as an example.