A Review of Historic Photos of Washington, DC, Part II 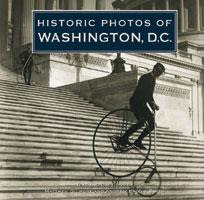 I've finished the second section of the book. This section covers from 1880-1920. In this section we see Washington beginning to take the shape of the city that we know today. This is due in part to the large building campaign that occurred during this time.

One of the major buildings shown is the State, War and Navy building now the Eisenhower Executive Office Building. What' great about this picture is grounds that are shown around the building which have long since disappeared.

There's also a picture of one of my favorite mansions in the city. It was located in Pacific Circle now DuPont Circle. It was built in the 1890s. It is now home to the Church of Scientology.

This section gives a great feel for life beyond the monuments and famous public buildings. It delves into everyday life. There are several photos that show the buisnesses that were present in the city at this time. Also the activities the people participated in. There's a photo showing an Easter Egg Roll at the White House. Also on the grounds of the White House a picture of President Harrison's son and his children. There's also a great picture of William McKinley being sworn in as president as Grover Cleveland looks on.

I have two favorites in this section. One shows Pennsylvania Avenue looking toward the White House from about 10th Street or so (that's my guess), It shows the Avenue taking shape and being familiar to what we know today; yet at the same time shows how much has changed. The left side of the picture shows a large park which today is taken up by buildings. My other favorite shot is of Union Station. This picture is from around 1910. It's before the finishing touches have been made to the station. No statues and no Columbus Fountain. There's also a street car in the picture. It is just great.

The pictures are worth a thousand words but the words describing the pictures add context. As I've said before the captions help place what the picture is and where it is (figuring that out is getting a little easier) and what changes took place in that spot after the picture was taken.

Once again this is just an incredible book showing the history of DC.
Posted by Jason in DC at 6:26 AM