Here are some pictures of Steven Souza Jr. The guy who made that incredible catch to secure Jordan Zimmermann his no hitter. He received the 2014 Greatness in Baseball Yearly (GIBBY) for Play of the Year. He was part of the final event on the main stage with Kevin Frandsen, Craig Stammen and Jordan Zimmermann. I have to say I didn't realize how funny Frandsen was.

Souza's GIBBY was mentioned often in the conversation. Usually at Frandsen expense. At one point Souza was asked why he wasn't afraid of Coach Williams. Souza replied becuase Williams is bald. A few minutes later Williams appeared on the stage. Very funny. In the Q&A one kid asked if they could all sign his baseball. Souza was told to go fetch. He seemed to have a great time at Nats Fest.

It seems he's going to be traded:

In an 11-player, three-team deal that hinged mostly on 2013 American League Rookie of the Year Wil Myers, the Nationals managed to pry away a potential shortstop of the future without hurting their chances of contending in 2015. The Nationals will send Steven Souza Jr. and minor league left-hander Travis Ott to the Tampa Rays for shortstop Trea Turner, the 13th overall pick in the 2014 draft, and right-handed pitching prospect Joe Ross, according to a person familiar with the deal.


It's too bad. But I'm pretty sure he will always be remembered for that catch. I'm very glad I got to see him make it. 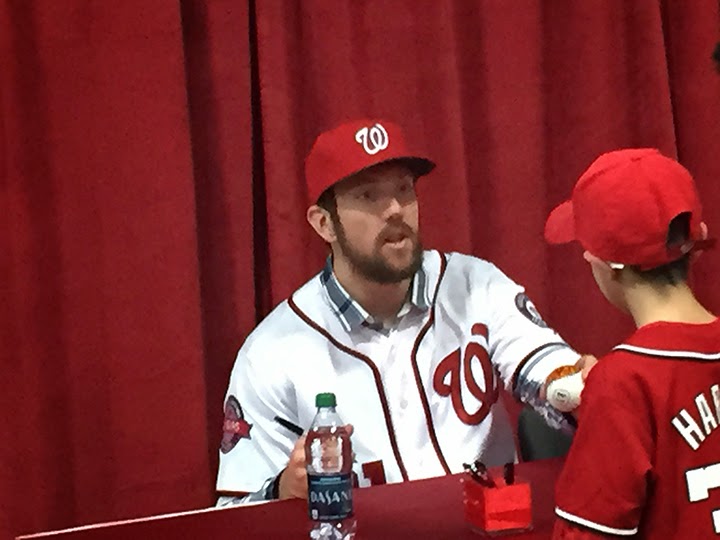 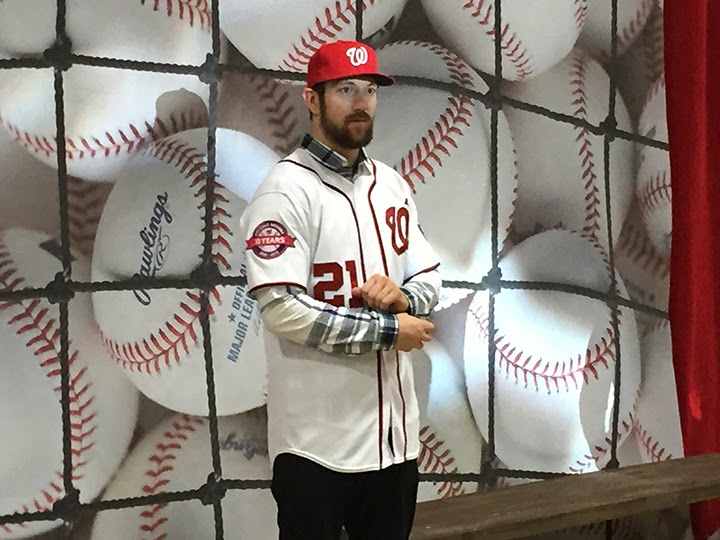 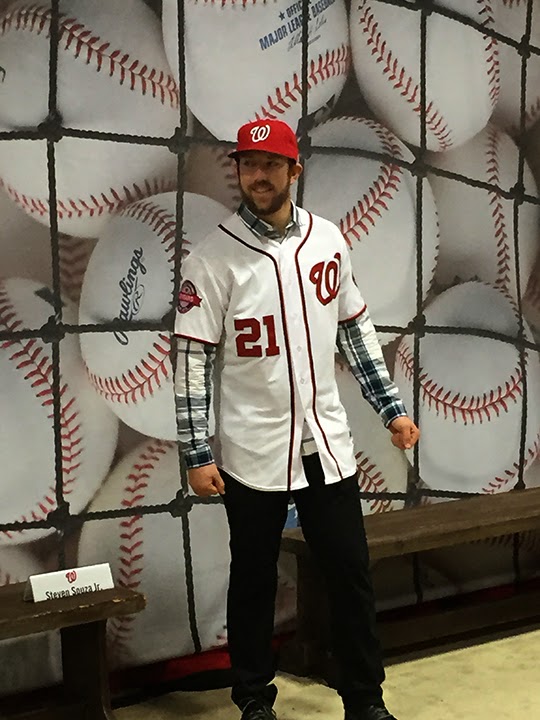