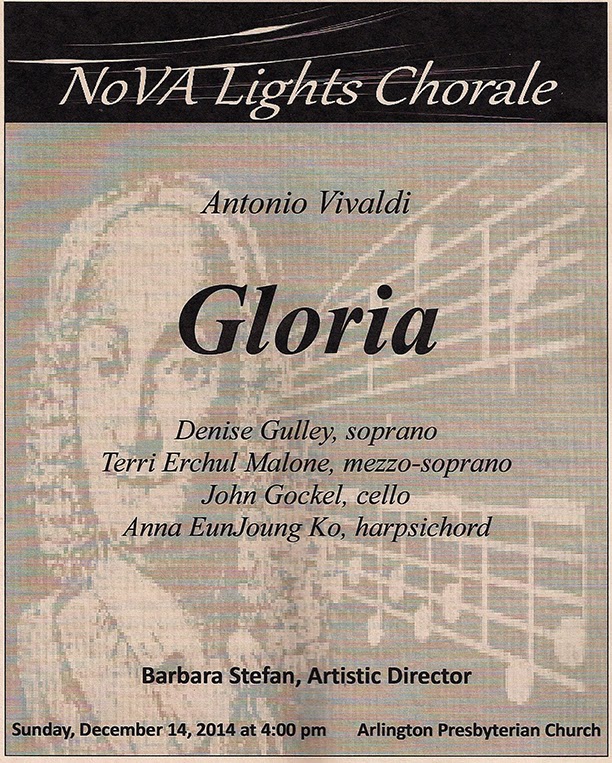 Another wonderful concert from the NoVa Lights Chorale on Sunday. They performed Antonio Vivaldi's Gloria.

More about the Chorale:


NoVA Lights Chorale is a community-based vocal group based in Arlington, Virginia.

Participation in the Chorale is open to all interested performers in Northern Virginia and the National Capital Region. Welcoming all singers without regard to race, gender, national origin, faith, or musical training, this non-auditioned ensemble sings several concerts each year.

Its free performances include a wide range of musical styles, including popular, jazz, global, sacred, folk, holiday, and classical.

NoVA Lights is an independent corporation, not affiliated with any religious or cultural organization.


In the program handed out Gloria is described as a joyful hymn of praise and supplication divided into 12 relatively brief movements, ranging from festive brilliance to profound passion.

There was also a section on Vivaldi himself. Something I did not know was that although well respected in his time he had faded from music history. That is until the mid '20s when volume upon volume of works were found in an old boarding school. After World War II, Vivaldi's works burst upon the classical music scene. 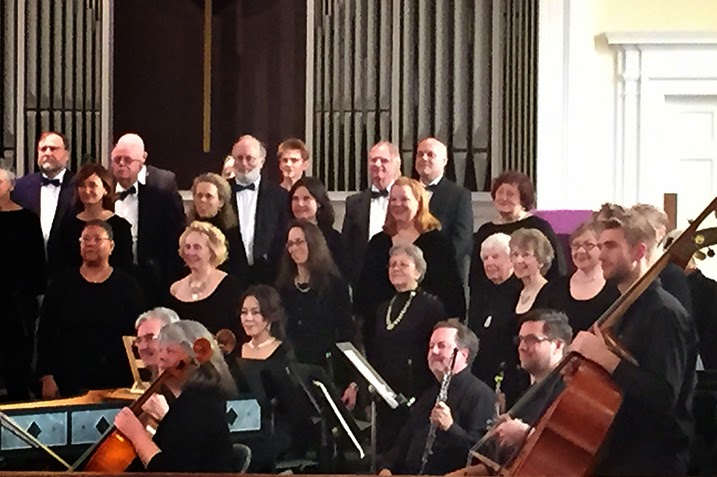 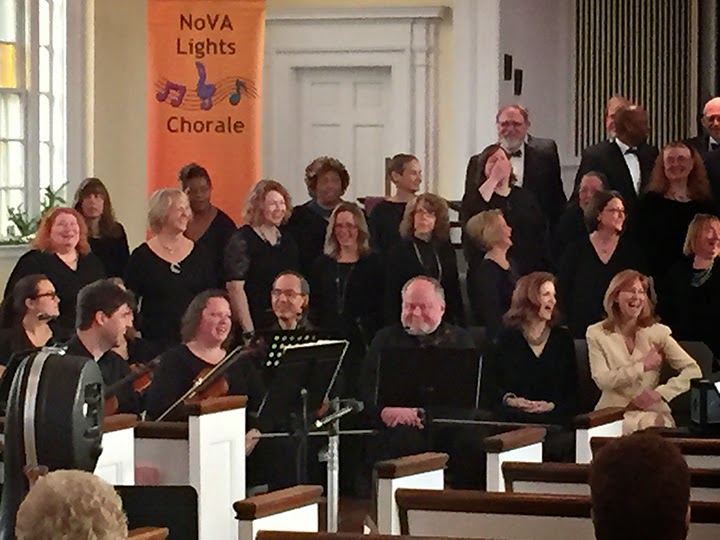