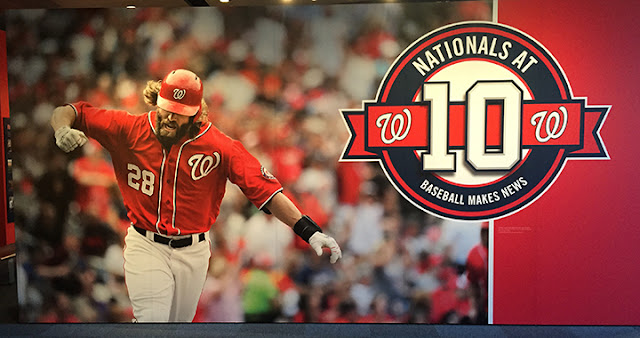 Another of the icon moments that are captured in the exhibit is of course Jayson Werth's home run in the bottom of the 9th to force a fifth game in the 2012 playoff series against St. Louis. 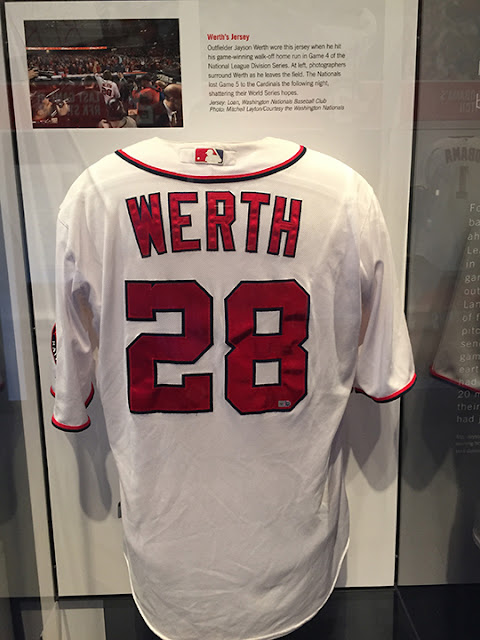 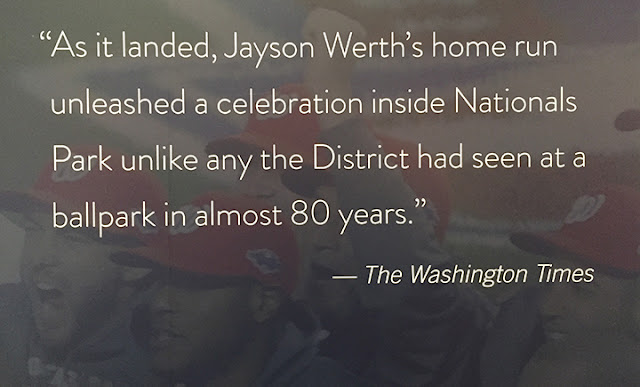 Here's a little from a story from ESPN about that home run:

WASHINGTON -- It was an hour after the at-bat of a lifetime, and Jayson Werth still wasn't sure what just happened.

An hour after his epic 13-pitch mano a mano with Cardinals bullpen hulkster Lance Lynn.

An hour after a wave of the bat he'd dreamed about all his life.

An hour after he'd sent a baseball soaring through the pulsating D.C. night -- and into a whole new chapter of Washington baseball folklore.

An hour after as euphoric a trip around the bases as any man has ever made in his town.

And yet, more than anything, you know what Jayson Werth needed to complete his classic journey? A video machine. What else? Had to find the nearest video machine -- because whatever had just gone down in the turbocharged ballpark he plays in, it had all zipped by him way too fast for one mere human to comprehend.

"Really, I need to go back and watch the whole thing, watch the whole at-bat, and see exactly what went on," Werth was saying, an hour after the game-ending, season-saving, we'll-see-you-tomorrow-night home run that made the giant right-field scoreboard flash the biggest news in Washington on a memorable Thursday evening: Nationals 2, Cardinals 1. "I don't even remember it. It's almost like I blacked out. It was like a Will Ferrell moment."


This is a little teaser from the video that they have on the Nationals. It's pretty good.