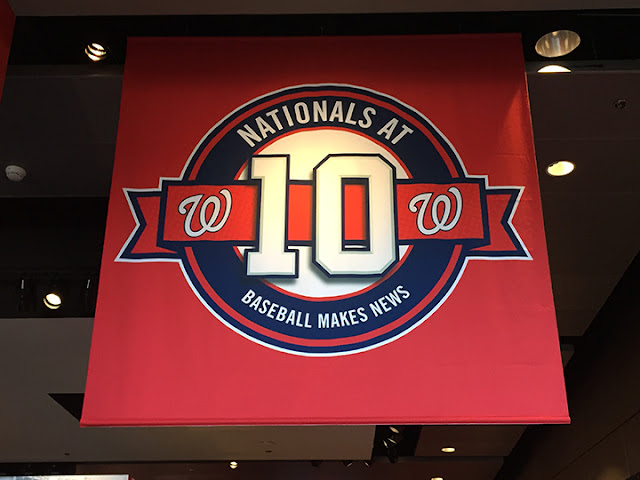 There's a great exhibit at the Newseum about the Washington Nationals.

This from the Newseum about it:


In partnership with the Washington Nationals, the Newseum presents “Nationals at 10: Baseball Makes News,” a new exhibit spotlighting 10 memorable media moments of the Nationals’ first decade in the nation’s capital.

“Nationals at 10” will bring back memories of some of the most unforgettable moments in Nationals history, with artifacts including the bat and ball from Ryan Zimmerman’s walk-off home run in the inaugural game at Nationals Park in 2008, the pitching rubber and rosin bag used by Stephen Strasburg during his record-breaking 14-strikeout major league debut in 2010, the jersey worn by 19-year-old Bryce Harper in 2012 in his first major league game and the home plate used during Jordan Zimmermann’s no-hitter in the last game of the 2014 regular season.

The exhibit explores how the press covers the team’s newsworthy events on and off the field, from Barack Obama’s first pitch of the 2010 season to presidential mascot Teddy Roosevelt’s long-awaited victory in the popular Presidents’ Race at Nationals Park.

I went this past weekend and here are a few pictures from it. Needless to say they'll be a couple more posts about this. 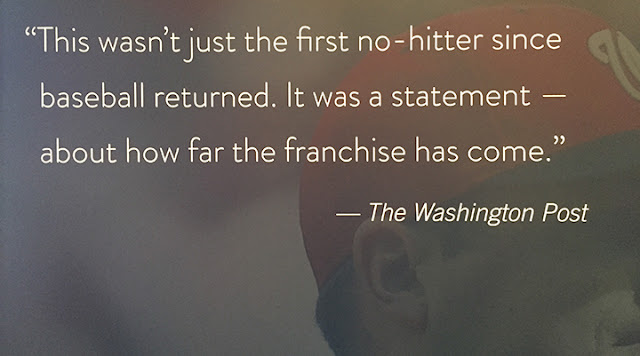 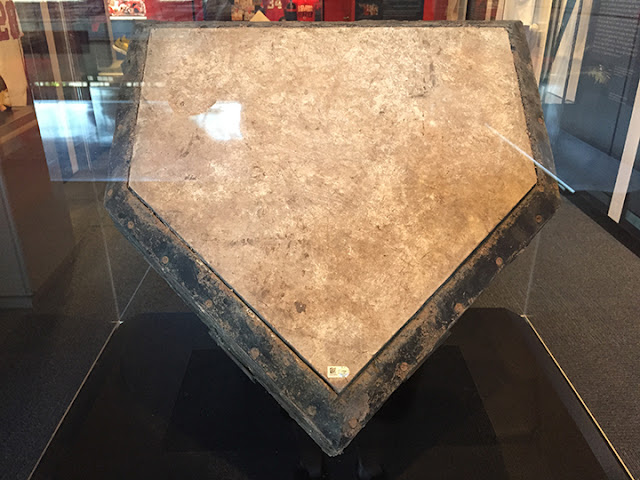